Two buddies and I recently got karts for ourselves for this upcoming year. One got a birel and the other got a Tony Kart. I picked up a CRG. My birel buddy and myself figured out we had international rails. We looked at our Tony Kart buddy and noticed that his rails seem much wider apart than our international rails. We are not sure if it’s an American rail or some other rail we haven’t heard of.

Is it possible to have other rails besides American and International? His chassis is a '99 if that helps.

CRG (and others under that umbrella, DR, GP) typically uses a 92mm spacing whereas most others use 90.

Having said that, older tonykarts have a series of 120mm spacings in their chassis from the 90’s. Racer, esprit, Extreme (some) and maybe rekord.

If I was to guess I’d say your friend has an Extreme.

Yeah I think the Mitox had both maybe?

Yeah, I think they might have moved to the lesser spaced rails during the homologation.

Thanks for the replies! We might be able to get a measurement of the rails this weekend to get a better idea of what it might be.

A couple of useful videos -

Thanks Jason, I forgot about those videos. It’s a simple thing, but still catches out those of use that don’t have an engineering mind.

Would you mind typing out what you did here in a few words, then we’ll spawn a new topic for wiki inclusion with the videos, text and a link to swedetech

Yup. He has an Extreme. Now to try to find him a motor mount that will fit the chassis and mount a lo206 to it.

I have a 120mm mount actually. No clamps though.

I’m moving house, if you pay shipping I’ll send you the 120mm mount. You’ll need to find clamps, or make em I guess.

Awesome! Let me double check with my friend and see if it’s something he wants to do. I’ve got another friend who is a machinist who might be able to make the clamps.

I would be glad to get that from you. Paypal? 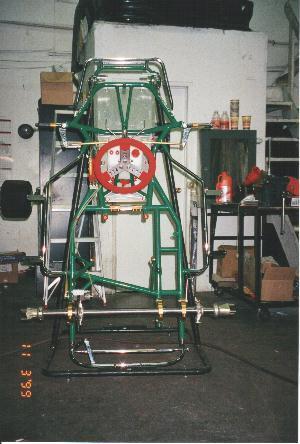 Using the picture here as reference, I see what you mean. Idk. Maybe it could be bent or removed and use another strut for the seat?

I think there was a KZ (Or Formula C/ICC back then) version that had the seat strut moved further over, so you could copy that if you wanted some welding fun.

I’m still not sure you could fit the sprocket there though, KZ karts run very small rear sprockers (20-27 lets say) whereas a LO206 will probably be in the 50s or 60s.