I hope you all are doing well.

I discussed this with my mechanics last weekend down in Mexico.

They don’t just say low height or high. They say chassis down and axle up and vice versa, so I got confused with this up and low and wanted to confirm with you.

Having that said, would you please help me understand that better? I am attaching some photos so you can help me to say if we are according to CRGs recommendation (rear and front on low height) or if we are the opposite.

According to my knowledge, the rear height is down, and the front is up. Or, what do you say?

Any other recommendations based on the attached photos? What do you say about the struts being the two on only one support? 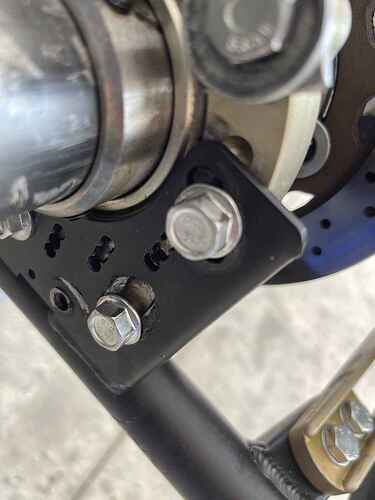 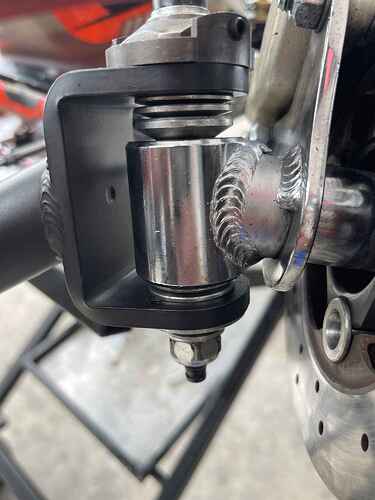 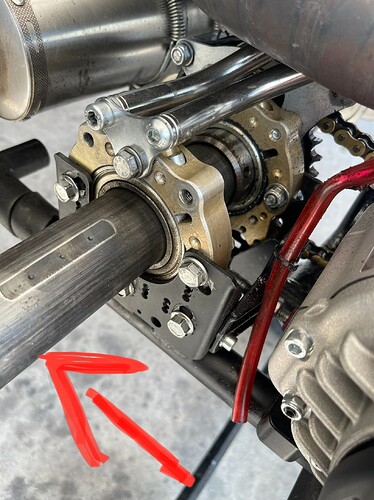 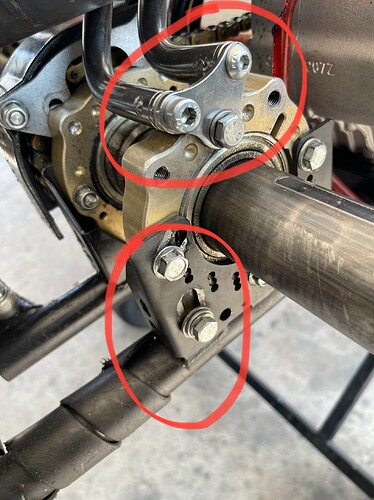 Both front and rear appear to be in the “high” position, i.e. chassis up and axle/spindle down.

The two struts using the one connection point is just fine. I’ve used the same setup with no issues.

Given that you’re in the shifter category, changing to low ride height in the rear will provide more stability, and more traction exiting slower corners. Lowering the front will have a similar effect, though it will also decrease the effectiveness of the front end.

Most shifter chassis seem to prefer either middle or low rode height in the rear. Front varies by brand, with some changing it more often (CRG, DR, Magik/EKS), and others literally never changing it (BirelArt, OTK).

Keep in mind that the recommendations are starting points for tuning. You still have to give the kart what it needs on the day.

That said, where did you see the height recommendations from CRG?

Looks like the cassette is in there twisted? Bolt on top hole on one side. Bolt on bottom on the other? 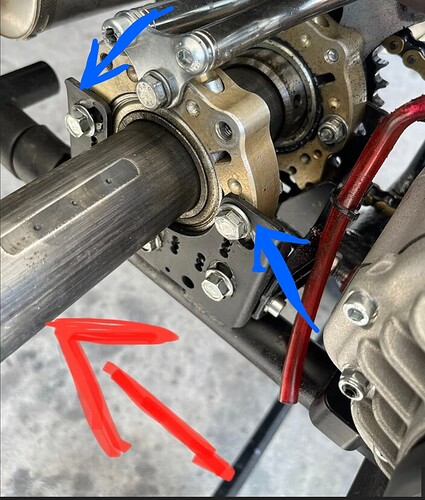 Thanks for the prompt reply, @Muskabeatz!

Ok, so let`s say that when the manufacturer recommends a height position, it wants to mean the chassis position and not the axle/spindle position/height?

Sent this email to Todisco last week but had no reply, I want to suppose that he is busy with CRG schedule. I will come back to you guys in order to confirm what he says.

That is correct, we do so, but when we go to a new track, we want to start everything from the “zero point”, and for the next race, we decided to use CRG’s recommendation for the starting point.

We got the height recommendation from when the RR22 chassis was released, and they had an article in the TKart magazine. In literally all their setups, they recommend the front and rear chassis in the low position - That is why I wanted to make sure about how to understand the low and high positions.

They also have the owners manual available directly on their page.

For the RR22, they released a new feature where you can make the distance between the rear and front wheels longer or shorter.

To my driving style, we wanted to make the distance between the front and rear wheels longer. It also fits our home track better as we have most of the turns of high-speed turns.

But, obviously very open to your point… What we understand is that one bolt needs to be in the top position and another one in the bottom position so we can move the axle further to the back. Let me know your thoughts…

Ok, so let`s see that when the manufacturer recommends a height position, it wants to mean the chassis position and not the axle/spindle position/height?

Generally this is the case. Often times they will be very specific, and/or provide a visual guide to clarify.