So my kart came originally with stacked washers (that I misplaced) so I decided to go with these chrome spacers instead. However, prior to doing this I have never touched my chassis because I have no idea what I’m doing. Since reassembly it feels like the right side of my kart is pulling to the right. Feels like its just that right tire that is off.

How do I make adjustments? It has some sore of a dial set up, but I don’t understand what twisting it left to right or right left would do.

I see those tick lines on either side of the hex bolt. 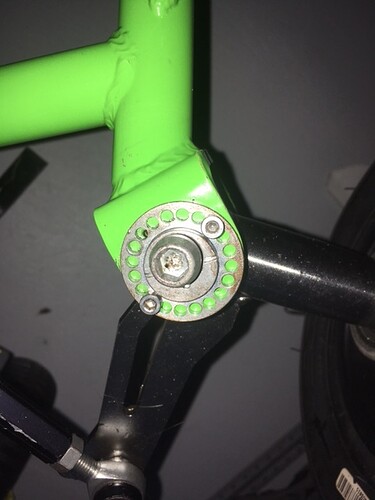 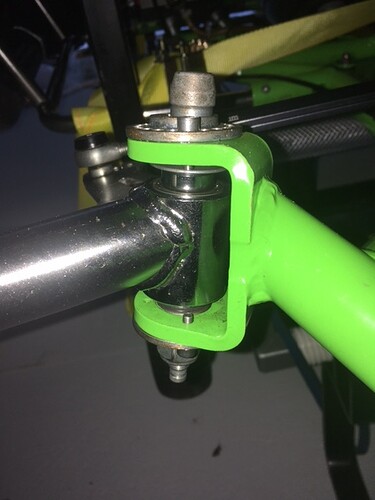 What I’ve tried so far

I would start here for your basic understanding. Not everything applies to your kart because it is a different chassis brand, but the basics of front end geometry are explained well starting on page 7:

That’s amazing. They literally break down each bit and what it does. They should put this in a tuning guide in Kartfraft lol.

For example: 2e) Rear Torsion Bar
There is one type of adjustable rear torsion bar. It can be used when an improved rear grip is necessary in the exit of a corner.
The negative with the rear bar is that it hinders the chassis to flex and lift the inner wheel. The kart will stay flat in the rear.
When the track grip increases, a recommendation is to remove the rear torsion bar to free up the kart through the corner. Most often the chassis are run without the rear bar

First of all find the right ride height spacers, most modern kart have spacers that are tailored for the kart. The chrome washers might work but most likely not and why take a chance? The height of your spindles and how they operate are really the foundation of the chassis performance. Get that wrong and you’ll be spinning your proverbial wheels.

I will put together a post for this, but in the meantime my chassis setup guide video is a good start: 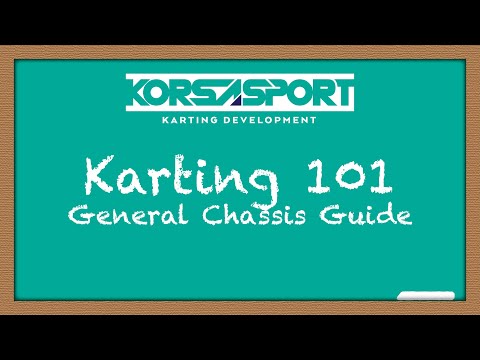 so I decided to go with these chrome spacers instead

I’m not sure where these washers are that you are talking about, but as Larry said, if they are in the middle of your spindle bracket that is for setting ride height. If side to side is off even a little that makes a difference. I would assume TB Kart has a diagram (schematic) somewhere of what should show what goes where. Additionaly there should be zero play up and down.

So it looks like you replaced your ride height washers with some generic spacers instead. Are they exactly even side-to-side? Like same setup on both front left and front right spindles? If they aren’t, your front ride height will be uneven side to side and will cause it to pull one way.

I would recommend sourcing the correct washers/spacers for the spindle so you know there’s no play in there and so you can set the ride height appropriately.

The dial you are referring to on the top is the caster/camber pill. It’s eccentric, so you can see the hole is not centered in the pill. Turning that will move the top of the kingpin around, adjusting your caster and camber on the front end. At the moment, it looks like you have nearly maximum negative camber (top of kingpin tipped in toward the center of the kart) with a touch of negative caster (top of kinping tipped forwards toward the front of the kart). Because the pill is an eccentric, you cannot adjust caster and camber independently, so when you rotate it, both settings will change. The setting you have it at now is fairly unusual. I wouldn’t typically run that much negative camber.

My recommendation would be to set it to neutral camber and positive caster for now, as that’s going to be the closest to the baseline setup you can get with those pills. To do this, you would want the hash marks perpendicular to the frame, so horizontal, with the thick part of the pill toward the front of the kart (top of kingpin tilting backwards). Basically, rotate it counterclockwise until the pill is centered within the screws, with the hashmarks pointing dead left and right. Set both sides the same.

Okay I have to play with it. My plan was to do this yesterday as today was our local race. But I tested postive for Covid yesterday, so I’m held up in the master bedroom so I don’t pass this onto the family and the new 2 week old baby. I’m asymptomatic, so other than a slight earache and sore throat, I’m other wise fine.

The Chrome spacers I’m using came in specific heights, so I have the exact same height set up on either side. I lost the conical washes that were on there, so I ran down to Ace Hardware and sourced these in a pinch. Originally when I got the kart, it had about 4-6 of those conical washes stacked one ontop of another. Each appeared to be a different size, so putting them back into sequencial order was going to be a SOB. Then when I lost a few I was like dammit! So using these spacers seemed an easy way to control ride height, as the fat ones go on either on the bottom or the top. Can’t make those finite adjustments, but for ballpark ride height it seemed easier. Not syaing this is a correct thing to do, but it seemed logical to me for consistancy purposes. I’m riding either high or low.

I will definately do as you sugguested. -Thanks 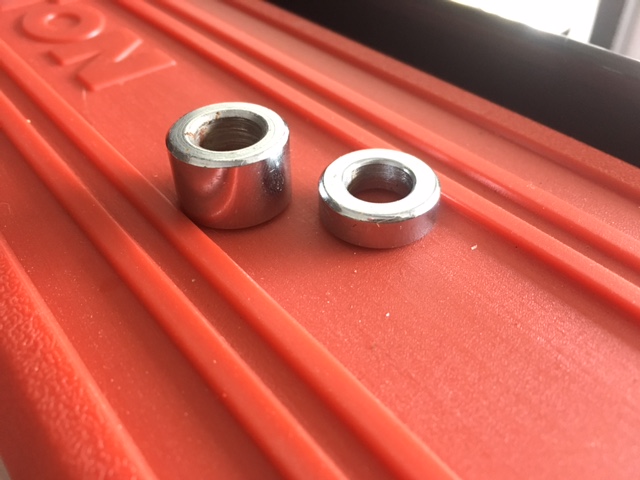 So being that my adjusters don’t have the arrow, is that circle notch at the base/ below the bolt the indicator? And if so, does anyone know if it should be rear facing (like it is currently) or forward facing?

Hard to see but looks like that is the indicator in which case it should be pointing directly forward. That will give you neutral camber and half positive caster

Neutral is basically the standard starting point from which all other adjustments begin. Finding your Base Line is Key with any kart chassis. Otherwise you could be so far off the mark your kart doesn’t handle properly and you spin your wheels chasing changes that started off the mark in the first place.

For you, you mentioned you have a TB Kart. I would talk to the guy you bought it from and ask him what the Base Line Setup was. From there you can play with changes based on your unique variables to determine how close or far you are from a Neutral Setup for you. Remember, the Driver is a big factor in setup. Your size, your weight and your stature can effect how the kart handles and knowing what to adjust to find Your Neutral will be an asset from that point forward.