GearBags! What are you using!

So, I am in the market for some new gear bags (4) as more family members are going to be racing next season. I am currently using some bag I got for free from an event many years ago and its decent but I have found lately that I probably needs something with alittle more space. So what are you all using?

My current gear bag for reference. 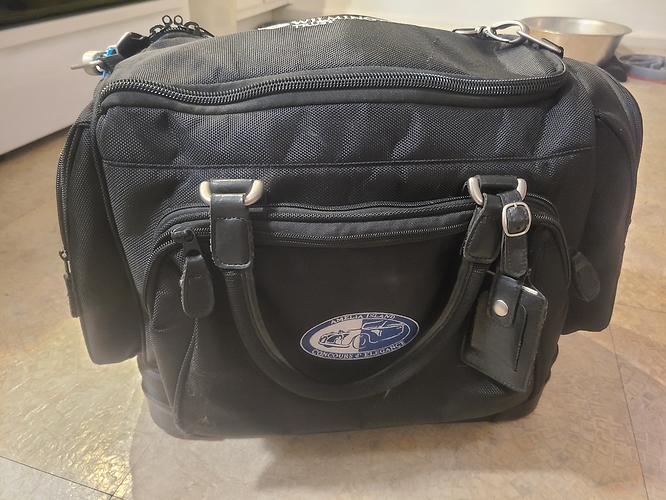 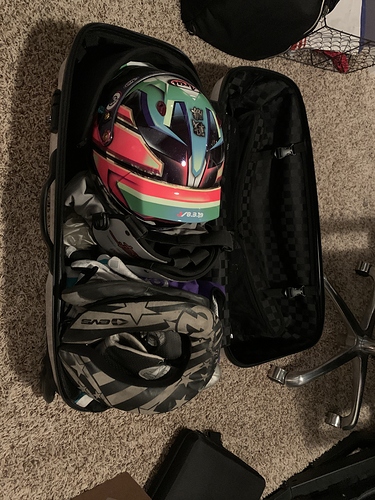 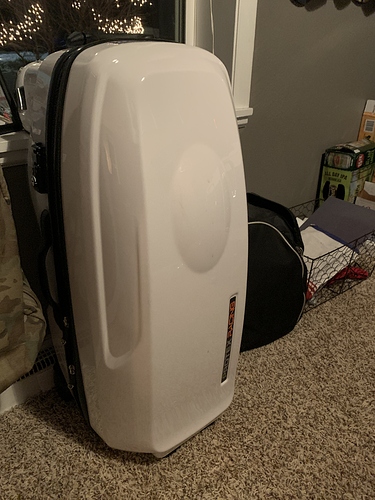 I bought this ProTex hard case bag from Japan last year. It’s awesome. Fits a helmet, a suit or two, multiple pairs of gloves, boots, rib vest, and neck brace. It also locks and has wheels so is super easy to transport and would fit in an overhead compartment on a plane. Only downside is it is relatively expensive at around $200. But it is the Rolls Royce of bags. I wanted something with a hard shell to protect the helmet from bouncing into stuff, and I wanted wheels so I could pull it around instead of carrying it.

I used to have a massive OGIO bag that I could climb in and zip up if I wanted, but it was a huge pain to lug that around since it was only a shoulder strap and didn’t have wheels. Thing weighed like 50 lbs.

Was considering becoming a dealer for ProTex at one point. 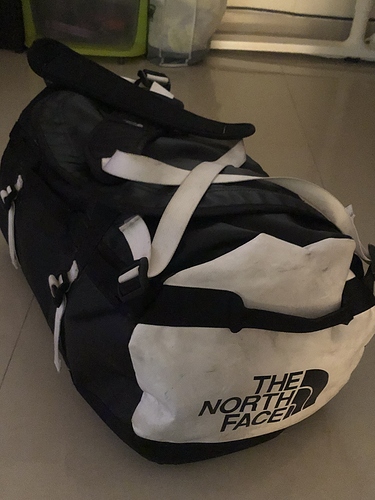 A 65L neon green osprey transporter that showed up at our door randomly with weird shipping information. couldn’t return it so ive been using it. Fits every piece of karting gear I have 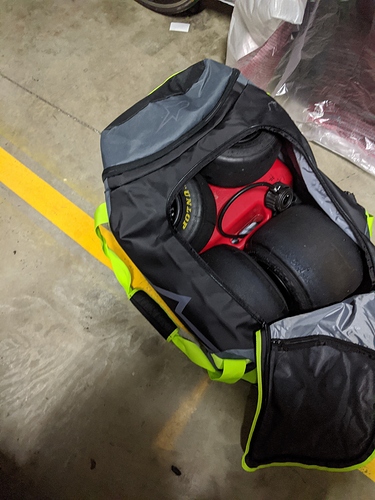