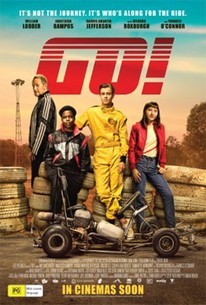 JACK (15) is a charismatic larrikin who has just discovered the one thing he's really good at - go-kart racing. With the support of his mentor, Patrick (55), an old race car driver with a secret past, and his best mates Colin and Mandy (both 15),... 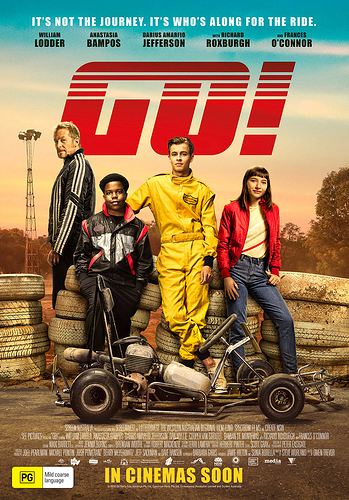 So started Go-Karting the movie (83% rotten tomatoes). Given the current social distancing, many of us have the opportunity to catch up on some toob time.

It’s pretty entertaining. I won’t spoil it and I’m only 46mins in, but if you are looking for a light family movie with dirt sprint karting, it’s fun!

Story begins with mom and son moving to new town. Dad is deceased, we are to infer. We are also made to understand, via flashbacks, that dad was really good at doing donuts in Holden Utes. In any case, we are made to understand that Dad was a hot shoe.

Son gets invite to local birthday party (a girl!) and goes and turns out, he’s a natural at karting. The young lady whose party it is turns out to be a budding engineer who wants nothing more than to wrench and set up karts to be fast.

Her brother is the local hot shoe and her father and mother have a “race team”. And, they are kinda rich and wear matching team gear. I think we are supposed to feel they are bad people since they have an LMP team, which is always the last refuge of reprobates.

In any case, the brother of the girl is a total knob and doesn’t like the fast new guy. He (the brother) and his dad are focused on winning nationals… Our hero is now a threat!

Oh yeah, he finds a coach in the irascible old australian ex racer who owns the rental track. There’s some good dialogue and a Mr. Miyagi tounge in cheek thing going on.

If I had to make a guess, the new coach, the asshole brother’s dad, and our hero’s dad all had some history as juniors coming up. We shall see.

In any case, I’m guessing the young lady engineers the heck out of that kart, the kid drives the wheels off it to victory, the asshole brother learns humility, and the girl’s parents stop wearing matching race gear.

I hear this is also worth watching: 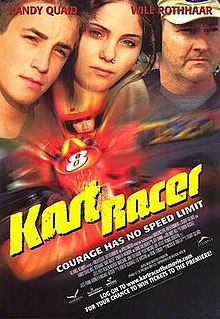 Watched last night. Entertaining. A bit cheesy and predictable. Worth the watch though

@Bobby so, how accurate to Aus?

Haven’t seen it yet. I actually won tickets to see it in the cinema, but, the tickets arrived 2 days before it left the cinemas

, and I didn’t have the spare time in those 2 days. I’ll try watch it this week

If you can find the time with all that TP hoarding you are likely involved in, give it a go.

I’ll watch it from my throne of tp

I didn’t mind it much. Acting wasn’t amazing but did okay, things of note:

Overall, it’s a fun movie to watch. It has funny moments and lines, some of it makes me cringe a little bit but nothing terrible (“We stole a brake disc! And You stole my heart.” Ugh that was bad). It’s a decent representation of karting though, nothing over the top compared to anything else we’ll see on TV.

My most prominent thought on it was that it’s similar to us in the same way that The Karate Kid is to actual Martial Artists. Yeah, we know there’s things wrong with the movie that are pretty obvious to us, but for being a movie I enjoyed it pretty well.

This was shot in Western Australia and most of the guys doing the driving in the film were local kids who race.

BD did the driving for the main character. He is a very well respected driver coach and also very handy behind the wheel, Josh Merritt a front runner in KZ2 in WA was the driver for the rich kid.

bit of background info on the film in the below article

Started watching it this morning. Got about 30mins into it before having to go to work. been a bit of lighthearted fun so far.

Be careful out there, mate.

Thanks mate! you too. I’m lucky enough to not be in lockdown yet, and if I do go into lockdown can work from home. Really feeling for those that have been laid off or will be laid off due to this turmoil. Hopefully it passes soon and we can all go back to some form of normality

Work from home now if you can.

I have asked to. Just waiting for IT to get their systems in place.