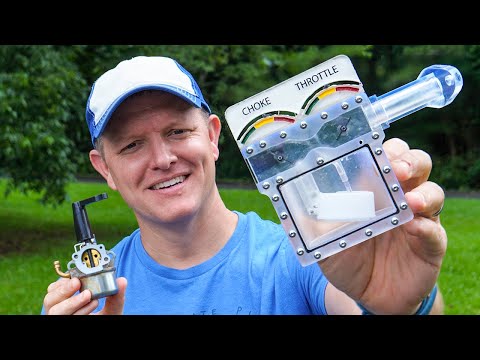 I now know what a float, bowl, and main jet actually are.

I just watched that today, its such a great video for learning the basics of carburettors.

4.4m views in under a week. Don’t tell me people aren’t interested in mechanical stuff as an excuse for decline in karting numbers.

The interest and curiosity is still there. Skill level, not so much perhaps. But there is a big desire to learn, understand and play…. and karting (or at least go karts) are a fantastic playground.

That man got 6 million views on grain bins and 20+ Million on weed wackers, so 4 million for him isn’t too impressive. But I agree with you nonetheless. Not enough people have tried to make really high quality karting content, but also not a single karting only channel has done well. In the whole of motor sports there aren’t too many popular you tubers, let alone karting you tubers. The only main stream kart videos are from former streamers

4m is exceptionally impressive. You have to bare in mind views will be collected over time so you’re not comparing like for like. Most of his recent videos are around the 1.8m mark. He makes 3 or so videos a month and this video is his best performing for 8 months and it’s quite a specialised area.

What James is saying isn’t specifically about karting channels, more a general point about people saying “people aren’t interested in mechanical stuff any more” as a reason why karting is declining (owner driver anyway). Interest is there.

The interest and curiosity is still there. Skill level, not so much perhaps. But there is a big desire to learn, understand and play…. and karting (or at least go karts) are a fantastic playground.

I think the appeal to this video and really most of his videos is that he seems so genuine in his inquisitiveness. I became aware of his work when the reverse turning bike video came out. As for the subject in this case I would guess the large percentage of people that are curious probably are interacting with carburetors on lawn mowers, weed wacker and such. Like Destin most people take what is going on for granted without thinking about it and without hands on knowledge. Another great video, especially with his father being involved.