Hi guys. First post here. I joined specifically to request some help on figuring out some more info on the chassis I have. I have 2 Karit Corse karts, chassis are dated 2008. They have 125cc iame leopard motors. Non shifting. Googling returns nothing but images returns a couple listings from over seas from people selling theirs. I’m actually trying to sell one and I’ve had a few people ask about the manufacturer and I can’t find any solid info about them. Anyone here of Karit before? Thanks for any info! 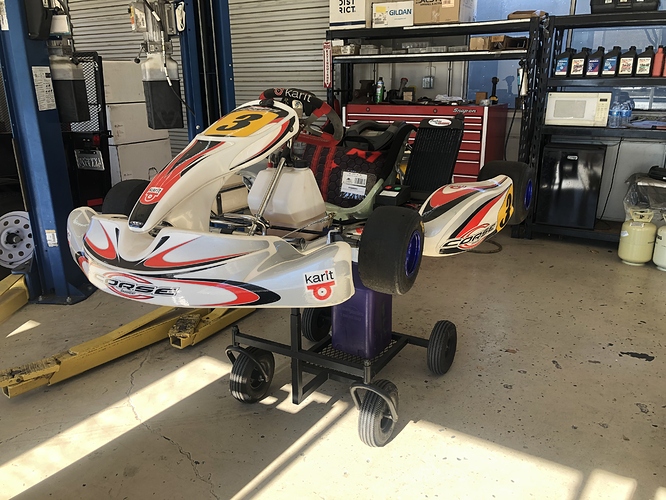 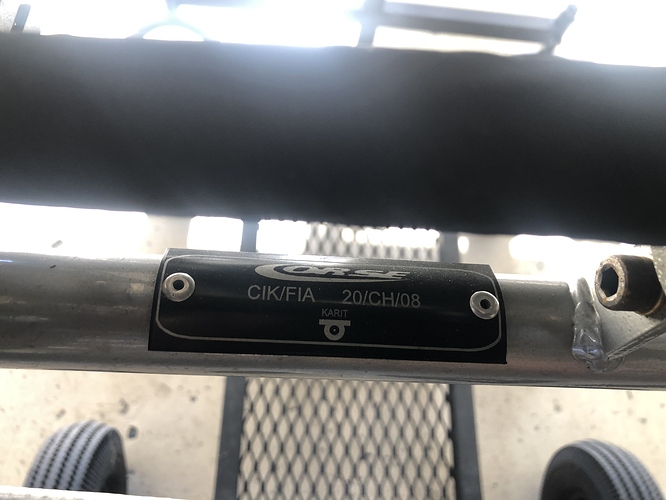 Likely to be outdated. Karit might be a brand that came out of another manu? There’s almost nothing on the net.

I’m thinking they may have been a absorbed by another manufacturer but there’s just no info on who, what, or when. That’s why I came here. You’d think these days nothing can escape the clutches of the internet.

The homologation plate reads corse though. Could be the same?

I’m with Dom, homologation plate gives the manufacturer of the chassis - Corse (part of Haase)

Karit seems to be a supplier name rather than manufacture? Looks like Karit bought karts from Corse and put their own stamp on them.

As far as I know, Corse =/= Haase. Haase did produce a sub brand “Corsa Kart” at one point.

Karit was a small brand that I saw a few of around here in the mid-2000s. Don’t know much beyond that. I think there is some relation to Veloce Kart?

I think you are correct on the Veloce link.
http://www.tsracing.com/manuals/Veloce/Veloce100Chassis.htm

The KartCorse chassis was developed by Jurg Vokinger.
He left the Swiss Hutless company somewhere in the early 2000’s What I’ve heard
because of the strategy to be followed for Swiss.
The chassis was build by Karit a subsidiary of KG Giacolletti.

Thanks to you guys I think I found the info I needed here: kartCorse

Appears to be a solid runner in the early 2000’s and has since died out.