Hi,
I’m fairly new to this whole thing and I’m building my own go kart from scratch. I currently trying to install this hydraulic brake but the brake pass won’t move when the liver is pushed. I first added dot 3 fluid but then realized that it says it only uses Dot 4 so I emptied out the caliper and put in dot 4 fluid but it still won’t work. I asume dot 4 and 3 mixing in there won’t cause problema but I’m not sure at this point. I also tried bleeding out the brakes put when the brake liver is pushed down and I unscrew the v valve, air bubbles don’t come out. 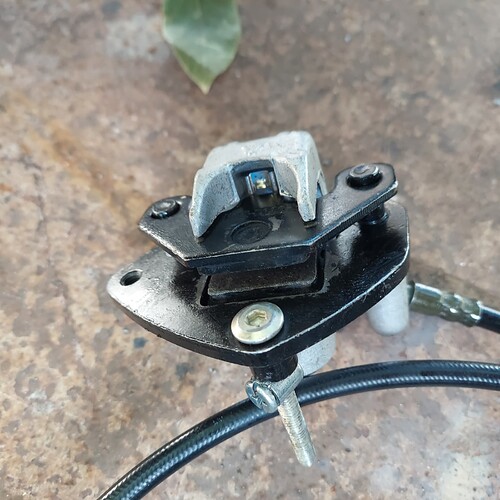 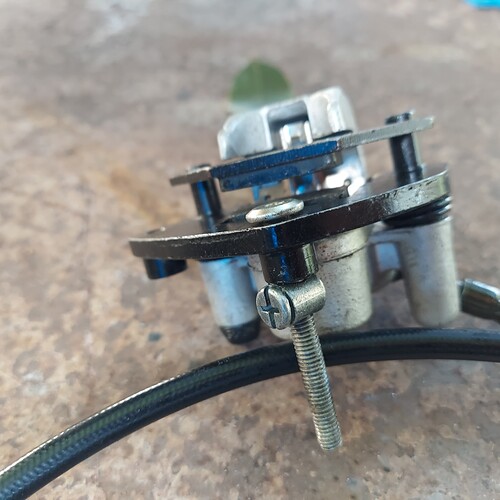 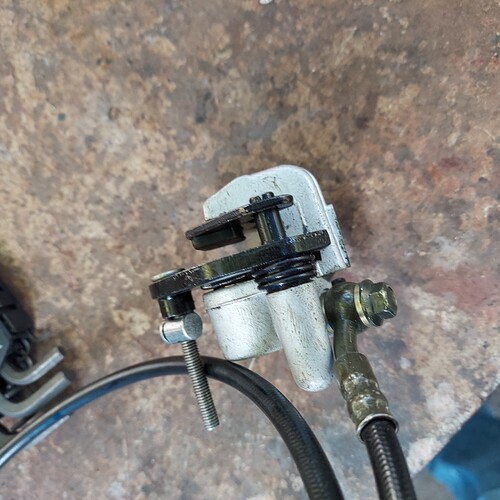 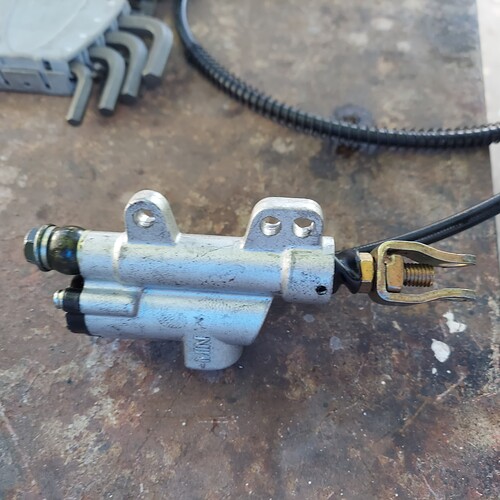 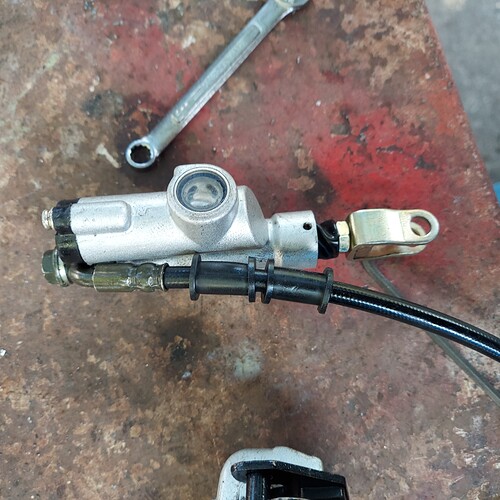 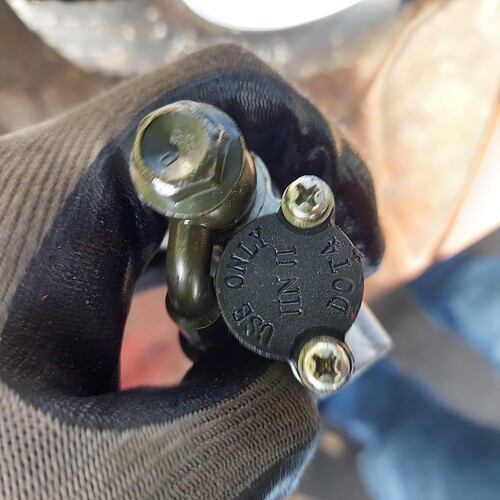 What did it come off of? Piston on the caliper could be stuck. Can you remove the pads and push the piston back in? You may have to crack the bleeder screw open to do this. Its okay to put Dot 3 in a Dot 4 system, just can’t mix with Dot 5. Stick with Dot 4 if you can. It performs better.

This is an unusual looking design and not a common racing kart set up. It has just 1 piston on the caliper but that has to be able to move under pressure. The fluid being 3 or 4 is irrelevant as they are basically the same. Avoid 5 though as that is not the same. Does the master cylinder move? It doesn’t look like it has much travel in the rod that the brake pedal would attach to.

Compressed air should be able to move the piston, so I would empty the fluid and detach the line and try to push the piston with air. Put some sort of block between the pads so they don’t fully pop out. If the piston moves with air then its your Master cylinder. If the piston doesn’t move then something is up with the caliper.