Sigh… The title says it all. Was racing this past weekend and had the oil cap come off my 206. Long story short, I need a new engine. Couple questions here…

First… Do you think pressure is the cause for the oil cap coming off? I changed the oil the night before and believe me, it was tight when I put it back on. I do run an overflow bottle.

Second… Should I purchase a lo block or a whole new engine? Any help is appreciated.

How much oil are you putting into your engine? I’ve never heard of an oil cap coming off, unless it was loose.

Did you check both the front and rear fill caps?

I have had one come off. Front one. I cracked it open to vent while I drained oil on Saturday after a race day. I filled it from the back cap. Had to be me not tightening it correctly or at all.

I had an ounce or 2 left in the engine. It was in the rain, so I was getting off because somebody had oiled up the track. Wow, it was me. so far It has kept rolling but could die suddenly.

If you get a new engine then you have some spares (Like 1 fill cap) or can rebuild to old one as an unsealed practice engine. One option is to buy a complete engine and have it run & broken in by the seller. We did that on the original purchase. 289 vs 599 short block vs complete engine.

I’m thinking I might just buy a new engine and a new block. Replace the block on my current motor, use it for practice/back up and use the new engine for race days.

Side note… how are you guys venting your engine? What does your overflow set up look like?

No pics ATM
I made a plate to mount to the engine. Then I mounted these:https://www.fastech-racing.com/righetti-catch-bottle-w-bracket-bracket.html
1 on each side the plate.
My goal was that the catch cans stay with the engine If I removed the engine. Call me lazy, crazy, efficient or whatever but it kind of made sense to me. Clear catch can makes sense to me as it is easy to constantly monitor.

ETA: the engine vent catch can needs to have sufficient venting to atmosphere. Carb is in 1, engine vent in other.

Dom,
How do you know how much compkart gas tank lids cost…

[quote=“DamesNellas, post:5, topic:2778, full:true”]
I’m thinking I might just buy a new engine and a new block. Replace the block on my current motor, use it for practice/back up and use the new engine for race days.[/quote]

Then you have a backup on race day, depending how the rules allow it.
Extra motor fully decked out easy to swap is a couple hundred more if you get a clutch, pipe & mount but then it is convenient enough to do without having give it a second thought.

Man, I could tell you had a stack of hundos just from your picture.

Side note… how are you guys venting your engine? What does your overflow set up look like?

Pretty much this is what I did. 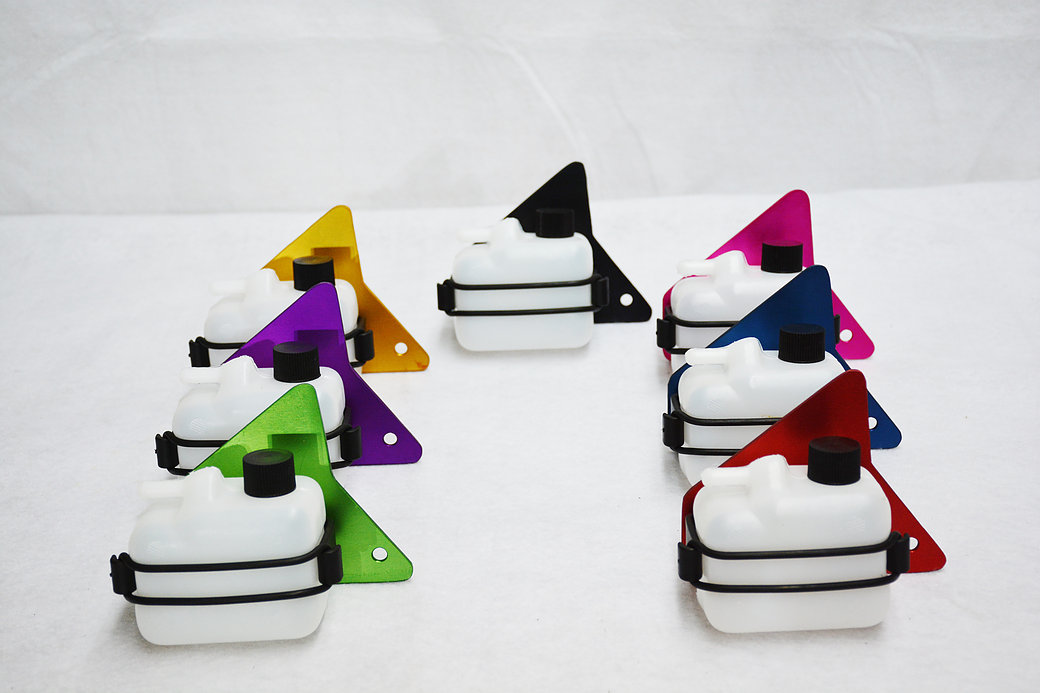 I’ve been there. Was told by client kart was “ready to go,” ran it on the stand and the engine seized. Realized at that moment they hadn’t added oil. I felt awful, but they did say it was ready to go…

Anyway, the stock plastic caps that come with the 206 rarely come loose unless you forget to tighten them. The other option is perhaps you slightly stripped one by over tightening? Another thing some folks don’t realize Is that the drain plugs are actually non uniform in diameter, so it’s possible to really crank down on them and strip them as you get to the last few threads…

If it really blew up, a new short block would be a good place to start. The head might be ok, it might not. You can always pull the head off and inspect it for catastrophic failure…if nothing else it’s possible the pushrods took a beating as the short block blew apart…

I’ve seen Briggs engines blow up, a new short block later and they’re humming along. But, I’ve also seen that replaced and the engine was never the same.

Thanks for all the input. How large a hole is being used to vent? 1/4”? Looking at that overflow bottle posted earlier, my guess is that cap is removed for sufficient venting?

I put the vent tube of the valve cover in the hole with the cap. It’s a tight fit & pretty straight shot, so I figured it would stay. Then I put a couple of holes up top that I figure are more area than the tube needs. I made sure the tube didn’t contact the bottom of catch can so it could flow. IIRC I cut the tube spout off to open it up a bit more.

One of my early ideas was to use a water bottle & cage from a bicycle. But you know how it goes, it was too easy to get the catch cans from a kart part retailer. I think the size is reasonable, plus that mounting bracket is slick enough. I was pretty dead set on having them on the engine as opposed to the chassis.

My kart is not kept @ my house. I will get to it soon & take some pics or even a video.

Thanks Mike. Appreciate it.