I would say 48gr is perfect for any sprint racing, I don’t know anyone using a 42gr for sprint racing here in Europe, they should sell the Tillotson with the 48gr so divers, like me, don’t have to go crazy with that 42gr, it drove me nuts, the engine was bogging and…it was terrible, literally, I still have nightmares about it

I’m glad you noticed the difference, it’s a complete different engine when you use a 48gr, I don’t know why the sell the Tillotson with the lazy 42gr

Thank you for your comments.

I had a second run at Phillip Island over the weekend. This time I didn’t blow-up the engine (thank goodness), but it was un-drivable with the high speed needle set to 2.30 plus. I did back it off and the engine became somewhat better, but then the EGT was getting high - photo below; it went to 690C, so I backed off and came in.

All rather frustrating and I’m maybe fronting more cash for a Dellorto (36 mm, which we’re allowed to run) for long/road circuit running, but I don’t want to give up yet

Now, I know you’ve moved to increase the weight of the inlet spring (42 g to 48 g). I’m wondering if I should go the other way (lighter) in order to get more fuel in while at the same time I can lean out the high speed needle closer to the 1.50 to 2.00 mark. Any thoughts (or Andy)?

BTW, I was running a 19T engine sprocket and a 20T rear sprocket on the 175 SS. As a benchmark, my Stock Honda that day hit 180 km/h (112 mph) into T1, which we go flat through. Just ignore the times on the image below - the blasted Mychron is picking up the kart track next door, not the road circuit, so they are meaningless. And yes, I know the water temperature is a bit low, but it was impossible to get the temperature up (it seems I need to also get a smaller radiator).

I’d definitely advocate moving to a “softer” inlet spring. It’s harder to blow stuff up with more fuel vs less.

That’s a huge difference in top speed and the RPM looks low even for a 175. But it’s hard to say if it’s geared too tall, or engine is just not running right yet.

The closest I’ve ran to a road racing application was Battle at the Brickyard where we ran the following with the 175 SSE:

I would think on a track like Philip Island you’d be closer to a 1.00 ratio, and I would advise against going leaner. If in doubt, replace the carb kit and check for no leaks.

Also might be of interest, I’ve just uploaded the various gearcalc sheets I have here, it includes one for the 175 from IAME:

Over time I’ve made these for my own use (Adapted from John Denman’s original CR125/CR80) Use these to calculate various things such as top speed for a given gearing/RPM, RPM drop between gears and more. Make sure you update the RPM range for your specific engine\tune and verify the tire circumference for best results. They are mostly older models (Figures since I made them around 2013 ish), but I did add the SSE 175 and RoK recently. CRS Shifter Kart Gearing Calculator.xls (66.5 KB) Debei M…

Thank you James. Yes noted. I’m going to try Evan’s Battle at the Brickyard settings first. If the EGTs can’t be kept below 700C then I’ll try the lighter inlet spring and see what happens.

Thank you Evan. I’ll try those settings first before looking at the inlet spring.

Just to reiterate, those settings I ran with the 42g inlet spring.

Can you find out what pop off pressure or spring they ran at the AKRA event?

In the absence of any other data, I’d lean towards the lighter spring. You can’t stick an engine by going too rich, it’s the safest bet and most logical one given the demands of the track.

Another thing. Perhaps further down the line, but you might find the engine responds well to less ignition advance, less compression or a combination of both in road racing.

Yep, got it. That’s my base line. If that doesn’t work I’ll head lower.

Yes, I’ve asked that question. Just waiting for a response. Will let you know. Noted on the other points.

Hey!
Absolutely, go ahead and test a lighter spring, does Tillotson make lighter springs, lighter than 42gr? I will check.
All I do is Sprint racing, so a 48gr is perfect, but for Road racing a much lighter Spring might be better, having the High at 2.3 plus seems extremely rich, so replace the Spring and see how it goes.

I’ve just checked Phillip Island track, what a beautiful place, right by the Ocean, with a lake in the middle, really nice, and 4.445 meters long, no wonder you are reaching those speeds, I only see a couple of tight bends, the rest of it seems pretty smooth, so a lighter spring might be the solution. I would try the little go kart track, it’s only 750 meters I think, but should be a lot of fun!! I need to visit that track, something else for my bucket list.
Whatever you do, do not go above 700C, you might get lucky once or twice but you are risking it… I’m normally at 680-690C and it’s perfect.
That water temperature is way too low, get a smaller radiator asap, try to keep it between 55C-60C degrees, take time to warm up the engine on the trolley, it’s winter over there at the moment, I see an average temperature of 11C-13C, that’s cold, you may want to cover the Cylinder, that should keep it warm, or at least warmer.
Let us know how it goes, and lucky you having that super awesome track!!

James, in response to your question, the road circuit driver on the east coast with the AKRA is using the base 42 gram inlet spring (and a pop-off at about 10 PSI). Having said that, he still has to manage his needle settings very carefully - not what you would call a user friendly basis. That is, he’ll start the high needle at 2 turns when first leaving pit lane (so he doesn’t stall) and then richen, as the engine warms up and water temperatures stabilise, until the engine bogs. At the same time he’s constantly watching his EGTs. Not really great for novices in a stock gearbox class. I’m going to try the lighter inlet spring/s and see what happens.

Thank you for the comments Peter - much appreciated. Yes, the Phillip Island road circuit is a special place - well worth a visit and drive (it’s fast). I can’t talk about the sprint/kart circuit - I haven’t used it and I believe it’s mainly used for rentals. On the radiator, yes, noted. I’m also going to try a pre water heater - P1 100 Series for karts).

Sounds like a good candidate for an EGT based microcontroller to at least add extra fuel via a throttle body injector as needed.

Sorry, probably not allowed because God forbid we drag Karting into the 1970s with TBI.

This 175 does seem to be a peculiar beast.

Hi!
That P1 water heater needs 240v
You can always try a thermostat, IAME makes one 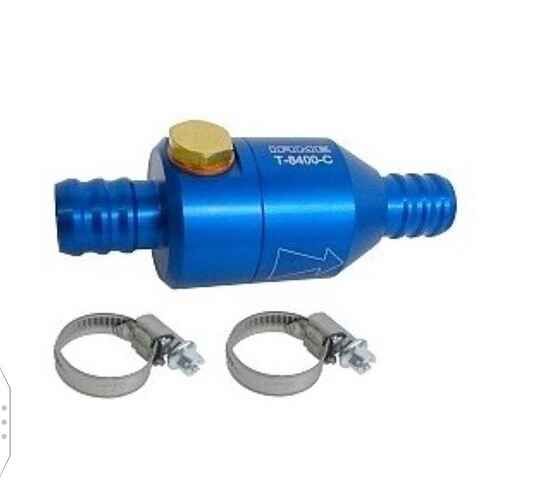 Actually, the latest standard OEM engine package for the 175 SS here in Australia (and I now presume Europe) includes a 3 way thermostat system with a loop (apparently set at 48C, albeit it seems to start moving water through the radiator at closer to 43/44C). The main issue on temperature control seems to be the sheer size of the standard radiator - it’s a massive HB-Line by KE Technology (which does seem very well made); I think the HL-004 at 395/290/40 mm. Yes, a smaller winter version is required (taping it does not get me there, nor throwing a blanket over it while on the stand).

I tested and use the same brand of radiators, I agree with you they work crazy well! I run their race line double pass in the same size (only thinner), other than taping/curtain, make sure you are also reclining it so it’s not exposed to full airflow. From the pics it seems to stand upright, past the seat edge…lower the back support, make it flatter so it gets less air. The other part is…WAT is on the cold side, but on both screenshots you are showing lap 1 and only 12K so I assume you were on your warm up lap right? Where does the temp go from there when you really start going?

Yes, some of my racing colleagues have suggested the same thing on the reclining aspect - noted. I’m about to replace the sprint seat with a superkart version and that will, in any event, neccesitate a more reclined radiator otherwise it will foul my re-positioned shoulder/arm. As to the water temp snapshot, you’ll have to ignore the lap number. For some reason the road circuits were not loaded up into the new Mychron (whereas as in the older Mychron 5 on my Stock Honda, it was not a problem).

The upshot was that the new Mychron was picking up the kart track next door, which has the same shape as the main road circuit (which had me confused), and that’s just made a meal of the indicated laps and lap times (but fixed now). It was really lap 2 on a 4.5 km (2.8 mile) circuit - nonetheless it was warmed up to circa 45C before I went out, so it should have had some temperature by then. Even 10 laps on our local sprint track (at 1 km) I’m barely getting above 48C, so I think it just comes down to the efficiency of the radiator, its size and recline position. I’ll deal with that.

As to RPMs on the road circuit, I can get it to high 13,000s in the lower gears once I had lean-off the high needle but then EGT temps were getting high on the longer stretches. So I’m stuck. The 12,000 rpm was just a snapshot and what I hit at a peak speed (140 km/h) when I seized on the first road circuit test. The second attempt (with a new piston) was a similar (read frustrating) but less extreme experience running super rich in the first instance (but un-drivable) to me leaning out the high speed needle, getting better (this time I got to 157 km/h in G6 on a 19/21 setup at 11,600 rpm), but then seeing the EGT get close to 700C (got as high as 690C), so backing off and heading back to the pits.

Not very brave but I didn’t want a second seize, particularly with quite a few “spectators” only too keen to deliver some free and helpful “I told you so” commentary (motorsport club politics - it never ends). So, some work to do on the inlet spring weight/pop-off pressure (lighter/lower) and the radiator (reclined further and/or a smaller version).