Hi all,
I recently invested in a kart and am in need of some assistance.
The kart has RS (IPK) chassis and X30 engine.
Great kart, having plenty of fun down the local track.
I am familiar with the kart now and looking to optimise set up, in particular gearing.
I am aware that the X30 was produces in versions that had max rpm of 14/15/16k.
I am unsure how to identify which version I have so have been playing it safe assuming I have a 14k version.
How do I confirm the version I have?
Cheers.

The only restriction I’m aware of is the exhaust outlet restrictor. What RPM are you getting to?

If it were a 14k version then the limiter would go at 14k, although I’ve never heard of that. Junior X30 have a restrictor in the exhaust outlet that limits the engine but it doesn’t rev limit it just won’t go higher than xRPM, because of the restrictor.

If I were you and assuming you know how many hours are on the engine I’d open her up until you’re hitting 16k or just under at the end of the straight.

And welcome to Kartpulse James

Thanks Richard.
I got the information about the different versions from the IAME manual for the engine (section 3.12).
There are 3 ratio tables relating the 14/15/16k versions.
Engines got 4 hours on it so should be good to open it up with a different sprocket.

That sounds like a KF engine? They came with three different color of ignition boxes depending on the class.

Are you sure it’s not an IAME Reedster?
(Edit…. Nevermind it’s not a reedster)

You won’t hurt the 14k engine too much if it’s “undergeared”. Generally the engines are mechanically identical for all models. Ie, fine up to 16000

I’ll give it some on a new sprocket see what it can do.
Nice one.

I also have a x30 and was unsure of its rev limiter until I hit the track and was able to take it to the full 16k.

What track are you running at? Current gearing setup?

There’s a limiter, keep adding teeth until you bounce off it. Not going to hurt it.

4 hours since full rebuild, not quite sure how old it is but it’s been well looked after.
I’ve currently got it geared 11 - 77 and it’s hitting about 14250 at the end if the straight at Hooton Park.
I’ll put a bigger sprocket in and see where we are at net time I’m there.

Just watching a vid of Hooton, there’s or kerb you have to ride fully it seems - you might wanna put a no 10 front sprocket to let you run a smaller axle sprocket, 84 is quite big you might smack the chain on that kerb. 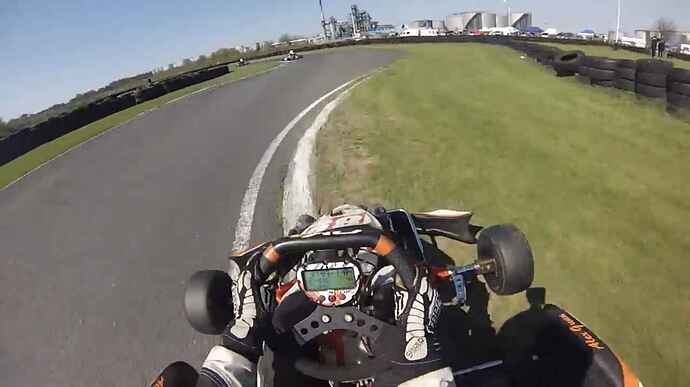 Sound advice there won’t be much ground clearance with an 85 or similar.
Are there any other benefits for running a small front sprocket? Acceleration out slow corners etc?

I don’t believe so, there are those that wil tell you it pulls a bit better but I couldn’t tell any difference. I think any difference is minuscule

Some will argue that there is less rolling resistance with the bigger gears, but this is an argument as old as time. 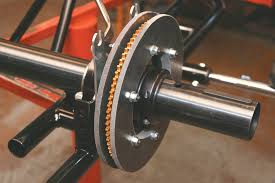 Nice, I’ve got a sprocket protector on mine too but not sure it’s big enough for a mid 80’s rear sprocket. Should be fine for the 10-77 setup though.

Is your x30 with all the electronic in separate boxes ? If yes… the you have the old style x30. And if your ECU box, has a C on it… its 16k rpms