Is there much life left for KT100 classes in the US

Do you guys see the ka100 replacing the Yamaha kt in the next few years in the US? 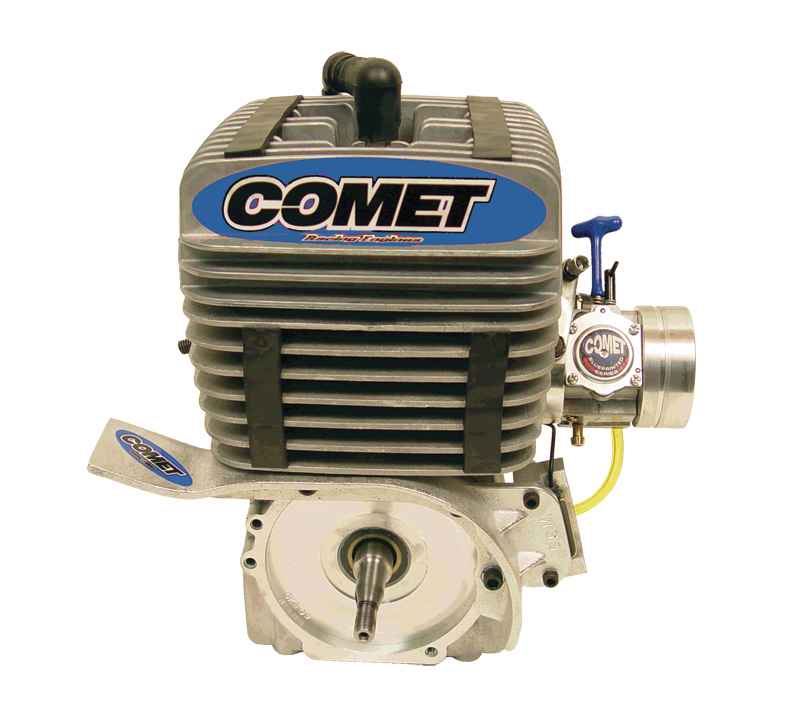 Ooo, now there is a touchy subject, depending on where you are in the US.

Hahaha midwest, Indiana to be specific

Here in the Midwest, Yamaha will probably still have a place at club racing for while. For regional stuff, KA and Yamaha are both pretty decent, KA seems to be taking over a bit though. And at national races, Yamaha is basically done. USPKS phased it out last season, and WKA is phasing it out now as well.

If I were running club races right now and looking to move up, KA would be my bet. If you just are planning on club racing for a while, Yamaha probably is still a good choice for a few years at least.

I think the Yamaha engine will still have a place for quite a while at the local level. I think it all depends on the numbers your club series gets (if they even have the KT.) I think for the most part KA will start to take over for a lot of junior drivers moving forward in comparison to the Yamaha. This year at Gopro Motorplex’s club series there was no Yamaha for the 2nd straight year. Last year KA Senior regularly got 12-15 entries (with a wide range of skill level), while KA Junior was a really small class.

This year the turnout for KA Senior has been slightly larger, however all of the kids running X30 Junior ran KA Junior, along with a few just starting out in KA. As a result we got 20-30 entries at almost every race in Junior.

For reference: the last year Gopro had Yamaha there were only 3-4 people the whole season.

Ultimately in the midwest the numbers for Yamaha still seem to be solid, and running it if are numbers is definitely a solid option, however with the Yamaha engine being completely phased out in every national series now (Yamaha is not on the slate for WKA in 19’,) it could lead to a bit of a dead end if you want to compete nationally.

Personally, the KA is my favorite engine. Easy to drive, runs smooth, relatively affordable, and not a ton of tuning. After the first hour of wear when you get the engine there really isn’t a drop off. I know of people that had success in KA both with a stock engine and with a blueprint. I won two poles at USPKS with 12 hours on my engine (from Woltjer), and have ran well with a stock engine as well. Not worth it to blueprint until you have to.

Great info guys! Hopefully my local track keeps the kt around for a little longer. The ka sounds like a great engine and I really hope it totally phases out the yamaha at some point. I love that the maintenance is less and that it has a pipe! Is the Rock island GP considered a national event? That’s on my bucket list

Rock Island is more of a big club event. It’s one of those prestigious one-off events that draws a bunch of racers from all over the Midwest, so the talent spread is pretty wide. Because it’s a one-off and a bit of an unorthodox event, you don’t see a ton of the big national teams contesting it, but you still get some really strong drivers in some of the classes who are competing at large national events.

Thanks TJ, I used to live in Iowa about 2 hours from rock island, a.lot of my local competitors always raced in it but I never went. Wish i would have! Someday!

National level, sadly no, but to me it is still a great club engine. I think it will always have a place at the local level because there are so many engines around. Seems like everyone has one on the shelf in their garage and has run it at one point or another. Just a matter of getting them all back out on the track.

Yamaha is still a strong class here at SIRA and NCMP and at the “Big 4” (Quincy, Elkhart, RIGP, Brickyard). KA100 is non-existent.

So what do you do when you want to race at your local club and you also want it to grow and become more but the local engine builder wants nothing to do with any other engine then a Yamaha. He also is a big reason why the group is where it is today though. It’s not a big budget club anyways but if the Rok and ka were promoted better locally I think racers would save money in the long run vs the Yamaha.

Same with OVKA in Ohio. We have a KA class and average participation was 2 all year. Big field was 4. We run 4 Yamaha classes out of the 10 we race.

That said, this is a pretty regular topic of discussion.

We had a pretty good kt100 showdown this weekend between 2 drivers. Only two though. It’s a tiny field here that never seems to exceed 3-4.

So what do you do when you want to race at your local club and you also want it to grow and become more but the local engine builder wants nothing to do with any other engine then a Yamaha.

It’s harsh but, find another builder. I hate to say it, but the dogma among the industry is real and it’s holding the sport back.

He also is a big reason why the group is where it is today though.

It’s a quandary for sure. That doesn’t mean he/she should get to dictate the course of the future if it’s at odds with what’s best for the karting community in the area as a whole.

The problem is, a lot of these guys just won’t help themselves or adapt. Classic example was the stern opposition to the 206 by some engine builders. Some saw it as a threat, others an opportunity. The opportunity however doesn’t lie in engine work perse … but rather arrive and drive programs and value added services.

There’s generally a scarcity mindset in the sport and industry, and I understand why… bills have to be paid. So short term or narrow focus decisions are made… But that doesn’t mean I have to like it, support it or stop me from advocating for other approaches.

To answer the question of the topic… I think there’s hope for the handful of people that have them and want to keep running them in certain areas. But it’s kinda out in nowheresville beyond that. It is seeing a resurgence in laydown enduro racing, but that accounts for maybe an additional 30 drivers nationwide… if I’m being generous

For newcomers, the 206 is just so much less work for the newcomer and the parity is much closer.
On the other end of the scale, the VLR is such incredible value, it’s hard to turn your nose up at it.

Sure you can sometimes pickup a used KT for $300, but unless you’re lucky you’ll be in for the same cost as a 206 pretty quickly.

If you buy a kt100 for 300$ I garentee it’s not fresh or race ready. I ran kt100 for 3 years and I would spend about 1000$-1400 for a year of racing. That’s the cost of a rebuild at beginning of season along with carb and clutch maintenance and again about mid season or so. Hoping I don’t burn up a 2 disk L&T clutch somewhere in there also.
That’s the cost of a VLR to run all season.

Another local guy and I that don’t race there anymore plan on hitting a race there with his VLR and my KA. Almost all the local racers have no idea of what’s happening on the regional or National level of kart racing. Maybe we can open their eyes to better equipment.

If you buy a kt100 for 300$ I garentee it’s not fresh or race ready. I ran kt100 for 3 years and I would spend about 1000$-1400 for a year of racing. That’s the cost of a rebuild at beginning of season along with carb and clutch maintenance and again about mid season or so

I agree, that’s why I was careful to say you’d have to be lucky.

Incidentally, it looks like TAGUSA will be adding rules for a mixed 100cc class in 2019.

With so many KT100’s in people’s garages or on their shelves, and let’s say the KA100 takes its place, what are the chances that the KT100 will eventually make a come back?
How long does a KA100 go before it needs a rebuild? What about the clutch?
We are fairly new to karting (our 3rd year) and we run a KT100. I’d hate to make a switch if the KA100 is a “flash in the pan” thing and karting returns to the KT100.
Hope that makes sense

KT will have a place at club racing and regional racing for years because it’s so engrained into American karting.

The KA has proven to be damn reliable. @Honeybagel gave some numbers on his experience with KA rebuild times here: IAME KA100 Maintenance and Rebuild Time

I would mostly agree with him. We have been doing about one top-end rebuild a season for the past two years. The clutch is bulletproof and maintenance-free basically. I haven’t touched mine in two seasons.

I would say if you have a KT setup right now, hold onto it and keep racing it as long as you can until you need to move up or the KA really establishes itself as a long-term package. Right now I can’t see any reason KA would go away, and it just keeps getting stronger. I think having it at SuperNats this year was a good move to grow the class, and I think the super close racing it provided, as well as the great user experience and lack of maintenance was showcased to a whole new group of people.