For those who have used this seat, how much does you like it over a “normal style seat” does it seem to hold you in better, Thanks! 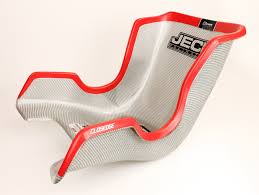 I used the NEK for a while, which is essentially the same shape. I loved the seat, but it was subject to durability issues. It seems like the Jecko seats may not have the same problems. 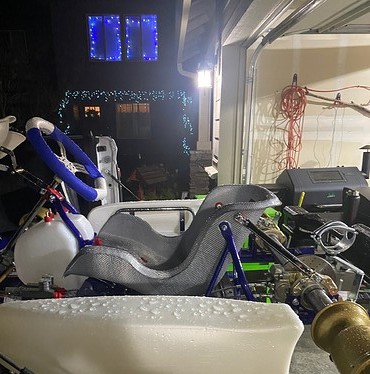 Find out next week when I pick it up.

Love them. I’m a bit of a scrawny boi, so having that extra side profile does wonders.

My daughter has used the NEK version for the last 4 years, and she likes it. We’ve gone to it because in cadet because it helped lower her in the kart. Now, the lower sides allows her hips to fit without bruising them, and the longer sides allows her to use her legs to manipulate the kart (or as I say, keep in in the kart). We have had no issues with durability, just she out grew the first two we had.

Found this chart for one of their models, maybe call them if you can’t find online. I actually had the opposite problem. My NEK’s were never a problem but I had a seat fail on me pretty quickly last season. The new one seems to be holding up better.

I think a lot of the Jecko failures are from weight placement though, we have one driver with 30 lbs of lead that was going through damn near a seat a weekend until I mounted his weight properly, only on the left side or under the seat. I think mounting a bunch of weight on the back causes it to break.

Since most companies show the seat size as width across the seat, do what I did with my daughter when I ordered. I had her sit next to a wall, and used a something like a 2x4 or something like that, to mark her width, and then took a measurement of that. Then I compared it to the sizing charts.

If at all possible I would recommend test fitting the seat before you buy. I have yet to find a manufacturer that doesn’t have a variance even amongst the same size. Not sure if it’s because of how the molds are designed, or due to stacking post-production, but “top of stack” is always going to fit smaller than “bottom of stack”.

Yup. My weight on the back left started to crack the seat. Fiberglassed it and Moved most of the weight to under, left and right. With 48 lbs on the kart you start running out of space.

Jecko sucks for sizing. I now have 3 seats for my kid. Ordered based on his current Tillett. To big. Adjusted based on that. Perfect unless he has to wear a rain suit. So had to order a 3rd

I tried the sizes to get the right one. its a bit small for me now but I cant afford a new one

i have one and i loved it but once i joined a team i went back to the basic otk seat to make comparing setups easier.