Gotta admit. I am fascinated with Laydown Enduros.

The racing format and rules being relatively open make it extremely attractive. On top of that, my parent’s hometown in MI is only a couple miles away from Waterford Hills Road Racing where they occasionally run enduros at, and MIS is about as far from their house as my local track in IL is from me. Blackhawk Farms too.

I guess if I were to do the road racing game, I would to do it in the Unlimited class with the Championship Endurance Series and Michigan Kart Club. My best buddy has a TAG that we can run too, so that would make team logistics easier. My dream setup would be a CR80 or CR85 laydown package with rear brakes only so I can run in the right class for my weight and still bang some gears.

I am heavily invested in sprint karting (3 karts in the stable, 1 of them I won’t get rid of by any means) so it will take significant de-investment. I am a mechanically inclined guy that enjoys engineering and driving my own stuff more then just driving. I often wonder if road racing karts is just natural transition given my interests.

Anyone has had any experience with the transition from sprint to enduro racing? Do you miss anything from the sprint side of things? Pros vs cons?

Everybody I thought about pulling in to talk about this is in Daytona ha. How about trying a sprinter at a road race at first?
I’ve yet to try the laydown experience myself. Maybe we can find two willing folks to volunteer their karts and we can do a KP laydown test at Blackhawk

Oh I think MKC have stopped going to Waterford Hills. At least, it’s been absent from their calendar the last couple of seasons

Yeah, MKC was absent last season because of scheduling conflicts but they might do something this season.

The frame I’m looking at might be gone soon if I don’t grab it. So if I do this I’ll have to take the plunge and deal with the fallout later, whatever that may be!

So if I do this I’ll have to take the plunge and deal with the fallout later, whatever that may be!

Greg Wright would probably know a ton about this. @KartingIsLife, is he part of the forums, yet?

No but i’ll invite him. I also invited Patrick Olsen who’s been out in a laydown a few times this year. Kicking ass pretty decent too… Here’s a of Patrick’s from Daytona

Having driven a laydown only at Blackhawk and Daytona now, my first reaction to your post would be you absolutely need front brakes. In the video I just posted today, the spin was basically caused by my lack of judgement, and a very high rear brake bias %.

As far as the fun factor, you really can’t beat it.
One nice thing about the laydown is it’s a little less strenuous on your ribs and body in the corners, but does beat your back up a bit. Another plus is they are relatively easy on tires. unless you flat spot them

The only main downside is the lack of entries compared to sprint racing.

I wish more people wrote articles and post videos about Laydown Enduros, just so share how awesome they are. I feel like they don’t get that much press in the karting world nowadays, just on the cool factor.

I had a friend contact me on a ready to run vintage enduro laydown LH port piston engine kart. Great price, but I turned it down. I have two modern sprints karts (125cc Tag, LO206) and had been in a search for 125cc Honda Moto Shifter at the time. Getting the enduro would have meant getting additional tools and equipment, something I really didn’t want to do. At least at this time.

I did get invited to drive a Hartman vintage enduro kart with another friend at Sandusky Speedway, Sandusky, Ohio. First outing testing and evaluating the kart; and my first drive in a laydown ever. Enjoyed the experience, best lap speed surprisingly was in the 75-78 mph range and driving conservatively. 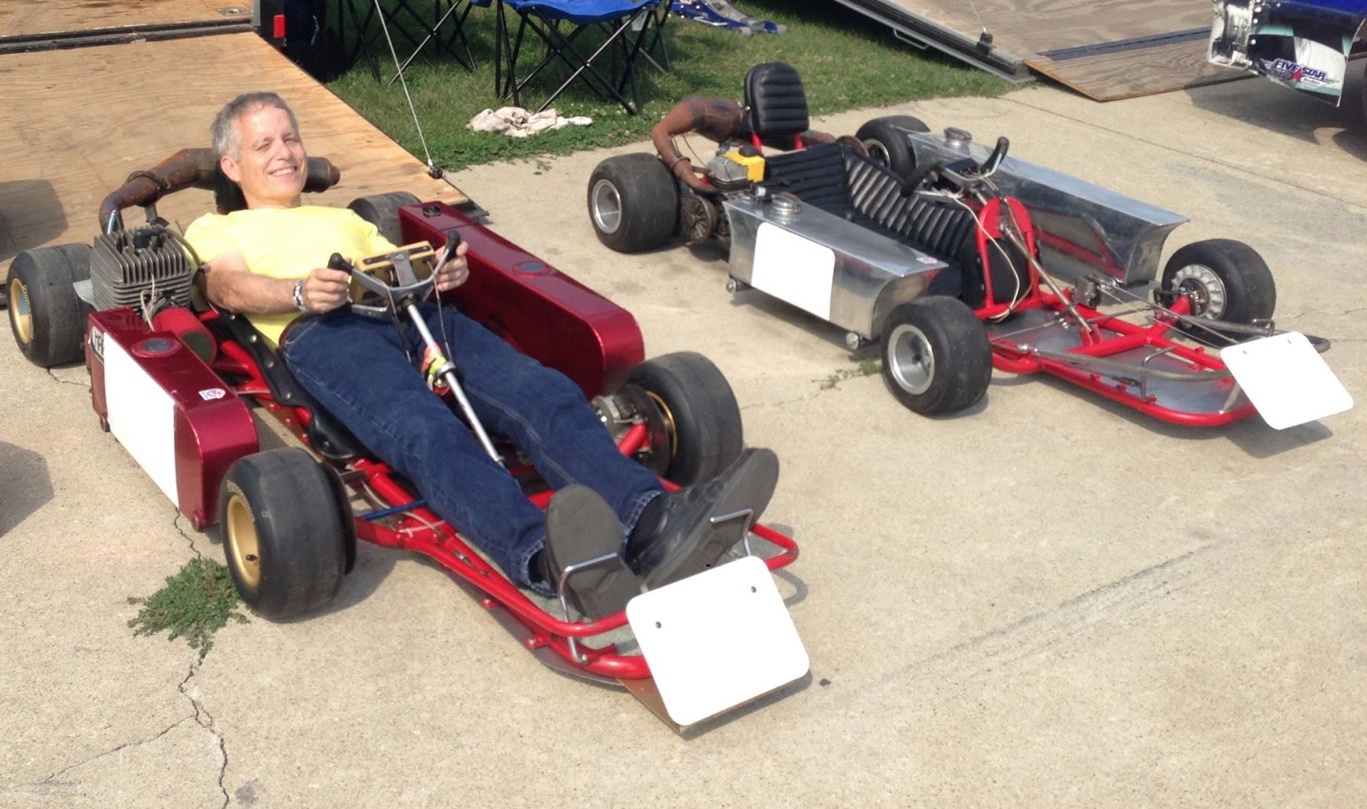 Before I give some direct feedback, let me fill you in on my karting background.

Always wanted a 125 laydown shifter to get back to my early roots of racing 15+ years ago.
Finally in 2014 I did it. Pavesi 125 on a laydown. Oh boy what a ride… totally different experience than anything else I’ve ever driven.

Well a laydown shifter is a beast in its own. After 15min practice sessions, I had no fatigue at all. However after the longer 45min race, I could tell even lift my helmet off of my head. What an intense beating my forearms(mostly from the paddle shifters) and deltoids took… 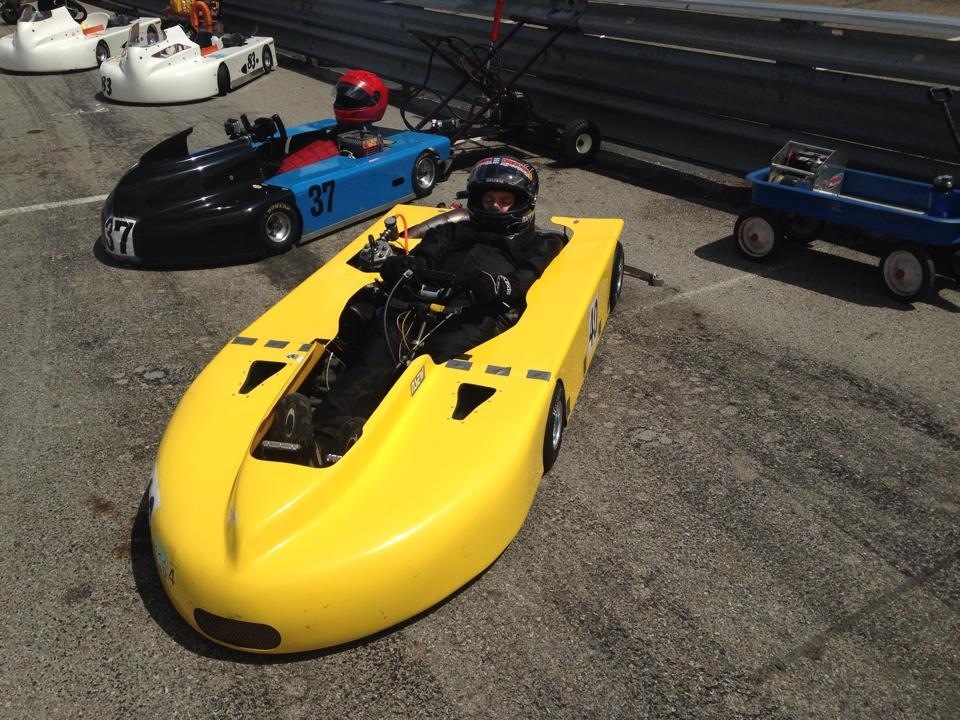 Well, I have raced both disciplines since the 1960`s and they are very different. First, laydowns run on big tracks and your speed is much much faster. You cannot see as well as a sprinter either, so you need to be ready before the turn arrives. However laydowns are special and a wonderful experience. Modern axle clutches have helped a lot. Numbers are down, even with very low laydown chassis prices. I think this is because modern Sprinter chassis, being wider with better adjustments etc., handle so much better. Only one of the reasons…road racing is expensive and these days has competition from many other new excitements. Racers that do both Sprint and Road Race and also run at the front have deep pockets. seems. Sprint karts demand good physical conditioning while laydowns are far easier physically.