From a guy at gopro…

This engine stuck a ring in turn 3 at gopro. The piston and cylinder otherwise didn’t show lubrication or mixture problems. The ring was likely pinched when the piston hit the head after bearing failure.
So what would cause bearing failure when everything else looked ok? 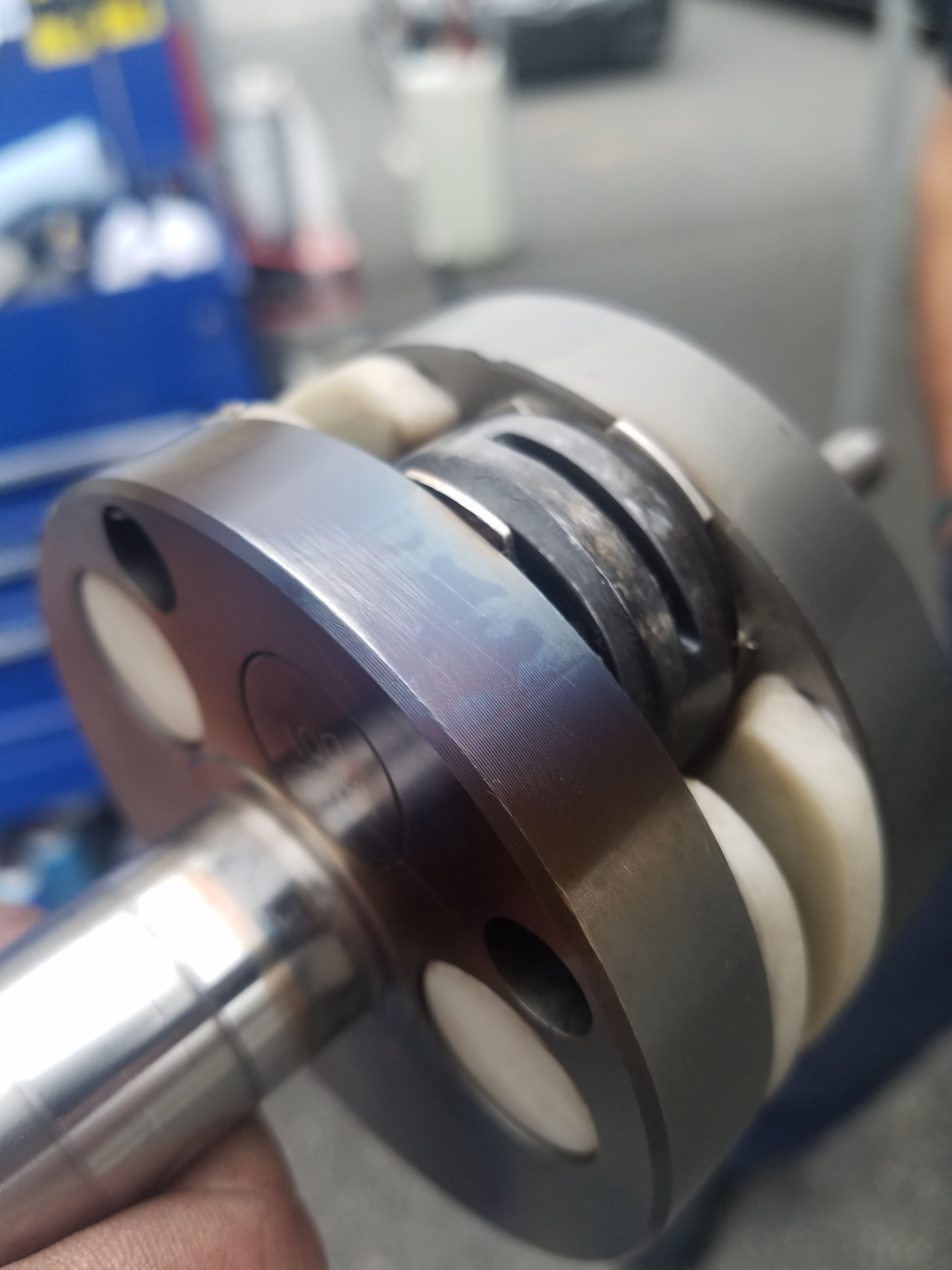 How were the mains? Looking at the crank web and knowing the piston hit the head, makes me question the main bearings too.

You might be dealing with the aftermath of an injury in the past that didn’t show symptoms at the time. Lack of lube (at some point), hot bottom end and sloppy mains but still running… the finally the rod and or crank play became enough to hit the head, lock the ring and stick the motor.

The importer here in Australia released a recommendation along the lines that said, the air filter should always be well lubricated, as the air flow through the carburettor goes directly onto the big end bearing, and a dirty or lightly oiled filter, letting “dirty” air through, could result in this sort of failure.

Mains looked fine… it was just the rod bearing that was sloppy.

the air filter should always be well lubricated,

… you might be onto something here. He didn’t oil the filter. Ever.
I’ve forgotten to oil the filter a few times and haven’t had issues, so it must be a condition of no oil at all being in the crankcase…

Fine grit and bearings don’t mix in my experience.
I try and do it at least every meeting, but even the best of us forget sometimes.
I haven’t had an issue either but I do remember the advice coming out and deciding that it was good practice, you have at least reminded me I have got something to do before the next event…

One question that is missing is how many hours. All 2 strokes will this with enough running.

I’m also curious of the rpm this was turning. I heard rumblings that the top guys at the KPX/IKF Nationals were spinning their KAs well higher than normal for extra speed.

He did say it never really ran good even when it was new, which made me wonder if the bearing was defective. Fine dust through the filter is more likely though.

What is typical bottom end life for these engines?

Yeah dust will nuke them in short order. All it takes is for someone in front of you to drop a wheel and it’s bad news bears.

I don’t think RPMs are going to be a problem with these. They are mechanically overbuilt for the kind of revs they are capable of, even when they are being spun as high as possible.

Yeah, I’ve run these over 16k no problem, so a max of 14.5k-15k shouldn’t be a cause here. I’d be interested in finding out how far these can actually rev to, although they really don’t make power after 15.5k or so.

The bottom end should be good for at least 20 hours as far as I’m aware, they’re definitely overbuilt for their application. My guess is either dust got in or the bearing was bad from the beginning.

There is also the fact that most bearing applications are designed to an L10 Life. Which means that 10% failure before design life is acceptable.
But if the engine never ran good from new I would check the crank for runout. Used to be an issue on Rotax. A slow one could be made fast with a couple of blows with a soft hammer. And the out of square crank unevenly loads the big end bearing.

Could just be the lighting, but that crank looks like it got way too hot. The bearing journals and con rod look blued. The bearing journals typically get very polished and slightly discolored, but that discoloration looks excessive to me. The con rod looks discolored as well. A bad crank seal could have caused an air leak that led to a lean condition.

I heard of people twisting as high as 17k at supernats…Granted they make no power up there.(but they sound awesome)

The manual from IAME says Main bearings should be inspected and replaced at 30 hrs, and the crankshaft assembly replaced at 60 hrs.

Out of interest, does your manual say anything about oiling the air filter as I can find no reference to this from IAME.
Is this normal practice among users?
Clearly some filters are designed to be oiled and would be ineffective without but I have used the old style foam filter supplied with the TKM BT82 100cc engine on all my engines without oiling or any recommendation to do so.
Are people oiling the filter as a further safeguard without the manufacturer’s recommendation or have I just missed it?

Link to Remo Racings tech tips page, some good other information there, he does day that you should oil the filter.

The filter that is supplied with the KA here in Australia is an oiled air filter, it simply wouldn’t work properly without oil. 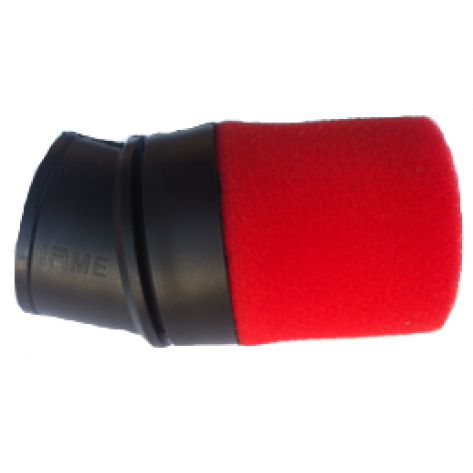 The air passages in the foam are too big to stop dirt particles effectively.

He mentions that it is standard procedure for any reed valve engine. I have done it for every engine I’ve owned reed valve or not.

The IAME manual does not say anything regarding oiling the air filter. However, depending on the filter, it won’t hurt to oil it.