This is something @NikG may know a bit about, he’s got all the insider information

Like TJ said, it’s Dino Chisea’s creation, and I believe his team is Chisea Corse. He’s created/helped make a lot of the great Zanardi karts in the past. I think I actually heard something about this a while ago but didn’t know what it was. I was talking to Tom from Franklin, he used to work with CRG, and he said something about a guy from Zanardi leaving. I didn’t know who that was, but now I realize what he was talking about. I actually only realized that now as I was typing this out.

They’ve definitely been making a lot of noise. I’m interested to see how they do at the Pro Tour.

I think an interesting thing they have is that the Kart Republic website says the karts have an adjustable wheelbase. I’ve seen that on one other frame, a Birel 4 stroke chassis. The other thing that sticks out is the KR3. It’s got 3 different sections to the frame, a front loop, center connection, and a rear horseshoe type shape. I would think it allows for different stiffness of tubing along the frame, but they haven’t run it in competition yet. 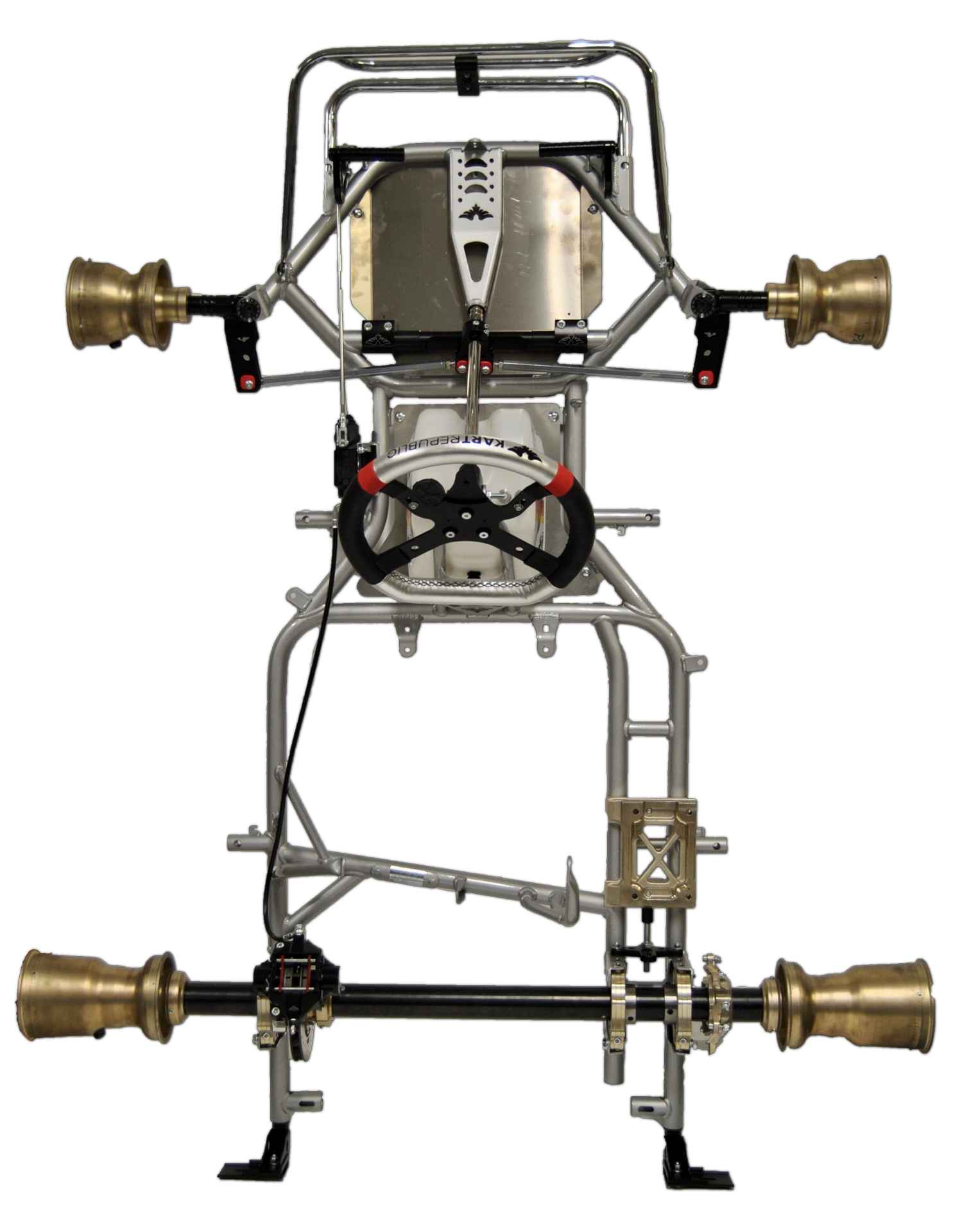 Not sure what Colton will be doing, his performance was basically the same as it was on the Exprit so I’m not sure.

Okay. Overall did they make any big changes? Handling characteristics?

Phew its like a KartPulse bat signal to my email when you tagged my name.

Dino Chiesa has been around for years. He owned/ran the MBM team that was set up to run Hamilton and Rosberg, first on a CRG then on a Dino created Parolin manufactured DC One kart. This later became the Zanardi kart, designed by Dino but manufactured by CRG. A couple of years ago CRG asked him to run their factory race team which seemed to effectively mean Zanardi came inside the CRG tent. This happened to line up with them winning the OK Championships and KZ (they’d been pretty good in KZ for a while though).

Kart Republic is manufactured by a race car component manufacturer (Breda Racing SRL). I’ve noticed some components look bespoke (the caster/camber kits) while other look like they are off the shelf, maybe Parolin (stub axles, pedals).

Only based on my viewing of photos, I’ve haven’t seen the KR3 run yet which is a little disappointing. The other two are probably just zanardi karts with more expensive tubing.

Supposedly Travisanutto was on the KR3 this past weekend. They said it was more suited to low-horsepower applications, but they were testing it out there in X30.

@Noahkoenig134
They didn’t make many changes over the weekend, just a few driver comfort changes.

@Aaron_Hachmeister_13
The ART had the adjustable wheelbase when I drove for them, which is a nice little feature to completely change the balance of the kart. Not a totally uncommon adjustment.

10 posts were split to a new topic: Effects of Adjustable Wheelbase on Kart Chassis

Pace wise Travisanutto certainly put on a masterclass when I was at the supernats. Shame he misunderstood the starting procedure, but he made up for it in the winter tour I think.

Agreed! I love the look of the orange wings. It’s very unique and different. The saying holds true: “If you look good, you play (or in this case race) good.” If I were in the market for a new kart, my top 3 choices would be: Kart Republic, CompKart, or Arrow just on aesthetics alone, with Kosmic a near 4th.

I wish more manufacturers, importers, and dealers produced product videos like this. It still blows me away the lack information that group actually puts out or provides.
3 Likes
KartingIsLife (James McMahon) February 14, 2018, 4:34pm #13

It still blows me away the lack information that group actually puts out or provides.

Yep. Pretty incredible. Apparently “our kart wins stuff” is a good enough sales pitch. I guess if it’s working, why change it?

I think kart racers should ask something more akin to “what have you done for me lately” when looking for a new chassis/motor/tire/widget.

I am under the impression that CompKart are a Birel chassis with a bit of there own welding (bearing carriers, front seat mounts, lower steering mount) on it. They certainly run all the same Birel/Freeline components.
Happy to be corrected

That incredibly detailed walk through of the CompKart 4r is solely responsible for my next purchase decision. Definitely wish more manufacturers did that. Ionic Edge has a video out as well.

No, you’re correct @Billholt . I just posted Karting Concept’s video of the Compkart as an example of what Kart Republic and every other manufacturer should be pushing out.

Bringing this thread back but has anyone seen or driven the KR3, it was supposed to be Dino’s “diamond” but I’ve never heard of it running except this comment.

I’ve seen versions of it in use here and there on social media, but can’t say for sure that any of those have been in the US. It seems like the KR2 is the preferred model over here, but from what I can tell there may be multiple versions of that chassis too. Someone more informed on the KR line can probably chime in with more info.

Does anyone here have experience with both KR and OTK? Just since it never hurts to know what’s out there- I’m curious how they compare in terms of how easy they are to tune, how well they work for tall vs short drivers, frame stiffness, driveability, etc.

We had Ramsey on the KR and OTK at different times during the season a couple years ago. He said both were good, though they tune very differently.

If you look at the KR or WPK karts now, they are running those things like noodles. No seat struts, no bars, soft seats… Different philosophy than the OTK for sure.

Yep, looks like the KR2 in the direct drive classes, and KR1 for the shifter classes mostly. And with the US having no homologation requirement most of the time, Dino can shift up the tubing if he feels like its worth it over here.

Even within the homologation they are only limited by the size and number of tubes, they can make changes to geometry and most wouldn’t know.

That is one of the redeeming factors of OTK, they are almost all identical.

I was talking to the WPK guys out here in Indy. They never run seat struts, have ended up on the same axle at every track they went to, from New Castle to Daytona, and the biggest changes they make with the karts is the camber adjustment. Supposedly they’ve used up to 5 boxes of negative camber on the karts, and they usually run a lot more negative than most others. I’m not sure on the tuning for OTK equipment, but like TJ said, the baseline setups are very different between the two brands

I’m going to be working with a junior driver who races KR down here in Australia, have spannered at a couple of race meetings for him last year, and after having seen the product up close, and reading the blurb and reviews on TKart, they seem like a pretty good product. The componentry is first class, and they have a few little nice finishing touches like welded tabs and loops for cables and things like that. Also if this is important to some people their net weight is rather light, although OTK are also quite light. Worth looking at if you have nearby dealer support etc.