I captured this image off of some video that we had shot. While I know Jerry Johnson did not mean to do this, it was pretty awesome and he did not tip over the bicycle move that he performed coming out of the hairpin at Sugar River Raceway in Brodhead, WI. By the time he caught it up and set it back down on 4 wheels he was about 20 feet off of the track 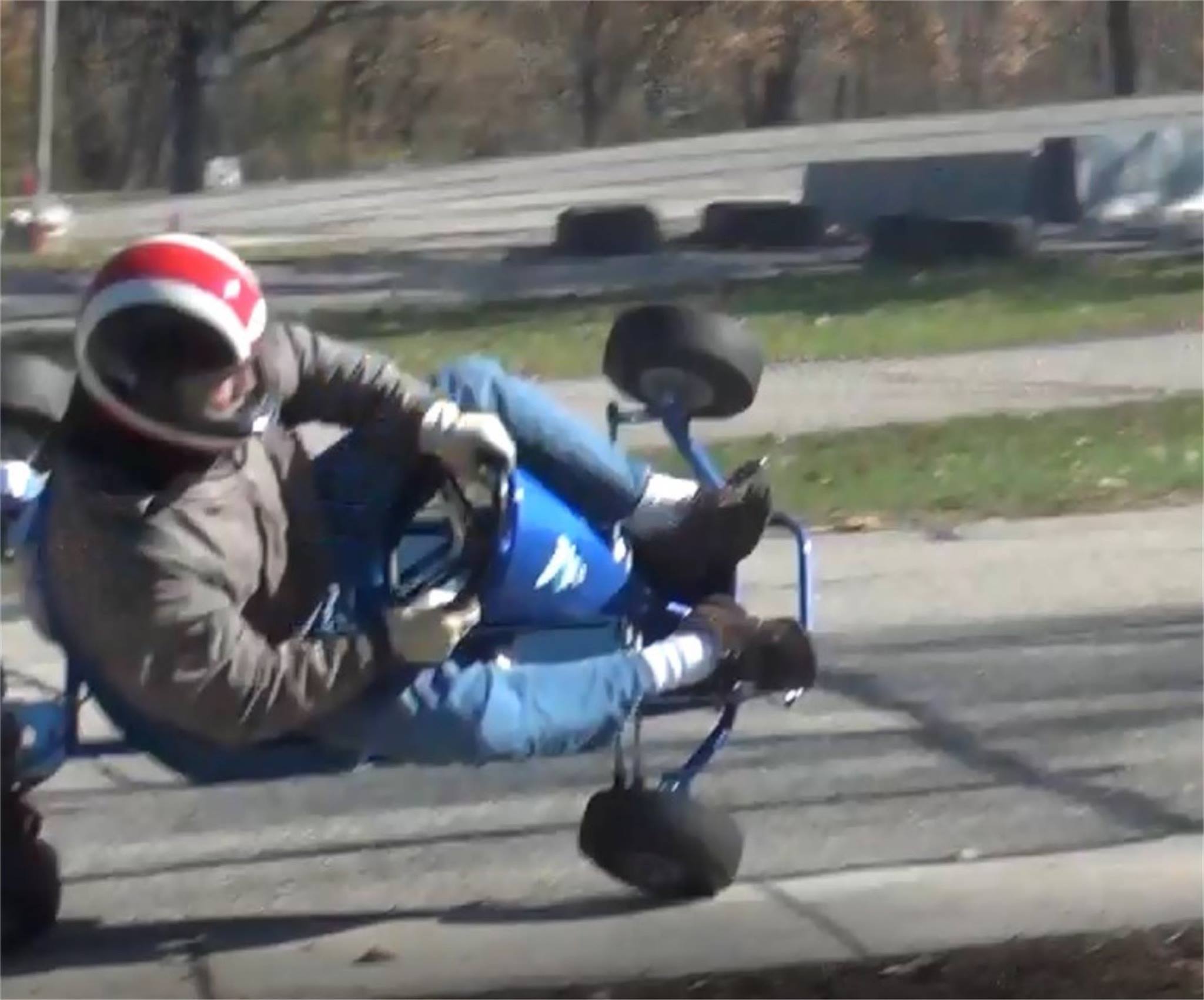 The kart is a restored vintage, early model, Fox Kart powered by a 100cc McCulloch.

Lou Steiner from Montreal used to deliberately run a lap on 2 wheels. Gus Trader had Lou put on such a show at a Quincy Nationals late 60’s or early 70’s. Then there was Leapin Larry (yes. that was his nickname) who did ramp jumps on a Bug, early 1970`s. Featured in a IKF magazine. Alas. Larry killed himself doing a similar jump.