I am in need of new karting gloves and looking for ideas or suggestions. I have a pair of K1 gloves that other than one of the fingers ripping out have worked okay. They are grippy, offer good feel and aren’t too heavy. I am not willing to spend over $100 and honestly that’s too much unless I can be convinced otherwise.

I bought a set of minus 273 from a friend who didn’t need them and they struck me as much better quality than my sparco gloves. They don’t seem like I am going to have to repair them with thread and needle like I do with the sparco.

Dom, had never heard of them and looked it up and they have a large selection. Which line do you have?

Here’s a photo. Ethan bought 2 pairs from different lines. The blue ones I have seem a bit heavier and thicker than rhe yellow ones he also got. They are very nice gloves. 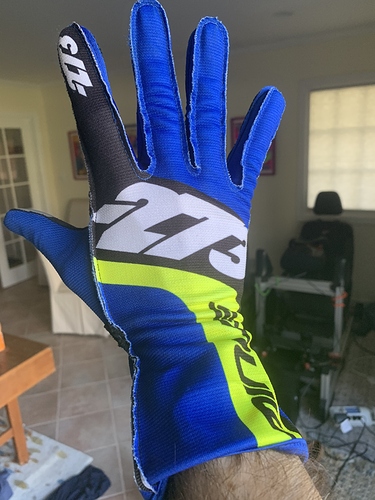 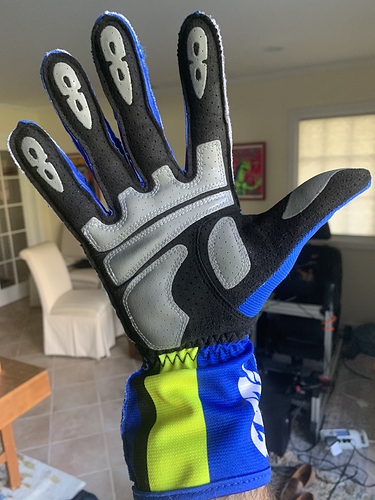 I will echo the Minus 273. I also enjoy the lighter weight for the summer months and now my alpine stars just sit as a backup set.

Minus 273 all day long. Super grippy and super comfy. 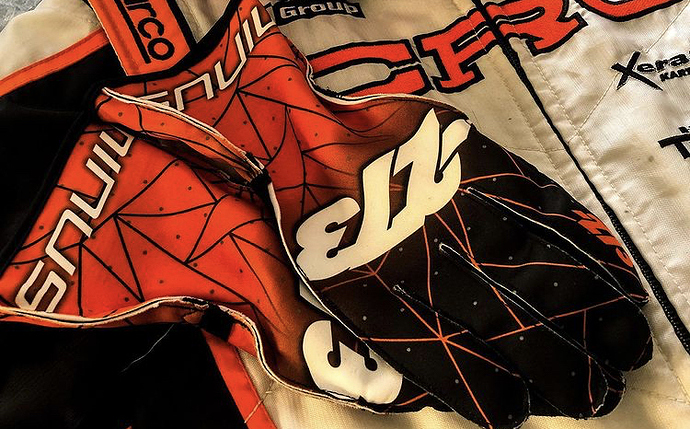 Thanks for the recommendations on Minus 273. The description for all of the Minus 273 gloves says ultra form fitting, so are you finding them true to size or should I consider going up a size. For reference, my K1 is a large, I will sometimes wear large gloves, but sometimes a medium fits better, usually in other gloves a XL the fingers are too long.

Robert, do you need gloves with homologation of any kind? What type of kart are you racing? For rental karting I use Sirius Speed. They are extremely cheap (less than 30 euros) and extremely sticky on these hard rental steering wheels. They just don’t provide any safety in case of an accident.

Haha. That’s just from the camera and the way the stitching makes the fingers seem longer than they are. Pretty standard human! It really does look like my fingers are half an inch longer in that photo. Odd.

Harley-Davidson commuter gloves. $50, all goatskin, will protect your hand from abrasion if you fall out during a crash.

I used puma car gloves for the first couple seasons that were pretty thick because they needed to be fireproof for car safety rating.

I switched this year and I love that kart gloves are much thinner, have much better feel and good grip for the wheel, but I was somewhat surprised at the lack of protection other than the material itself being abrasion resistant.

When we raced motorcycles that was the level of protection that I was expecting in kart gloves and they really offer no protection other than the material.

Anyhow. I bought 2 sets of the -273 gloves. They are light, great grip, fashionable and the external stitch is comfortable to boot. I wouldn’t say they are the highest quality gloves I’ve ever laid hands on but I feel the product is reasonable for the price point.

Robert, do you need gloves with homologation of any kind?

Does anywhere have homologation for kart gloves? Certainly FIA Karting don’t (lets hope that continues) and kart gloves (as a result) are pretty thing and not at all abrasion resistant.

I use Torq gloves (unsurprisingly as i used to import them), they’ve been great for me. 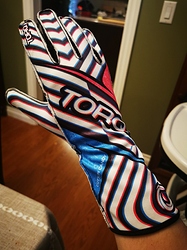 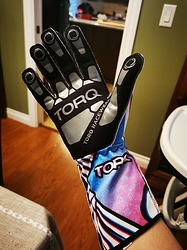 And I had been developing some for Torq when I stopped, I wore them at Rok the Rio but they were too cold lol (I had designed for cooling). 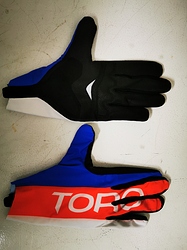 Does anywhere have homologation for kart gloves? Certainly FIA Karting don’t (lets hope that continues) and kart gloves (as a result) are pretty thing and not at all abrasion resistant.

Short answer is no FIA requirements…

Nick
If I understand your comment I assume what you are getting at, is that if a glove were designed to be abrasion resistant it would most likely be hot and not offer much feel? The classic “can’t have it all” idea. Why are karting gloves so long though? Your gloved hand shows what I usually find, gloves that are several inches past my driver suit sleeve cuff. Why?

The new Torq stuff is really cool looking. I would imagine very similar material and fit to the -273 stuff. I have had two pairs of -273 gloves I liked. I also had some older Torq ones (Oktane branded when I was designing and selling them) and they were nice as well.

The -273 palm material is super grippy, which I like. And the material is nice and comfy and breathable.

I think the new Offset gloves are pretty cool too. 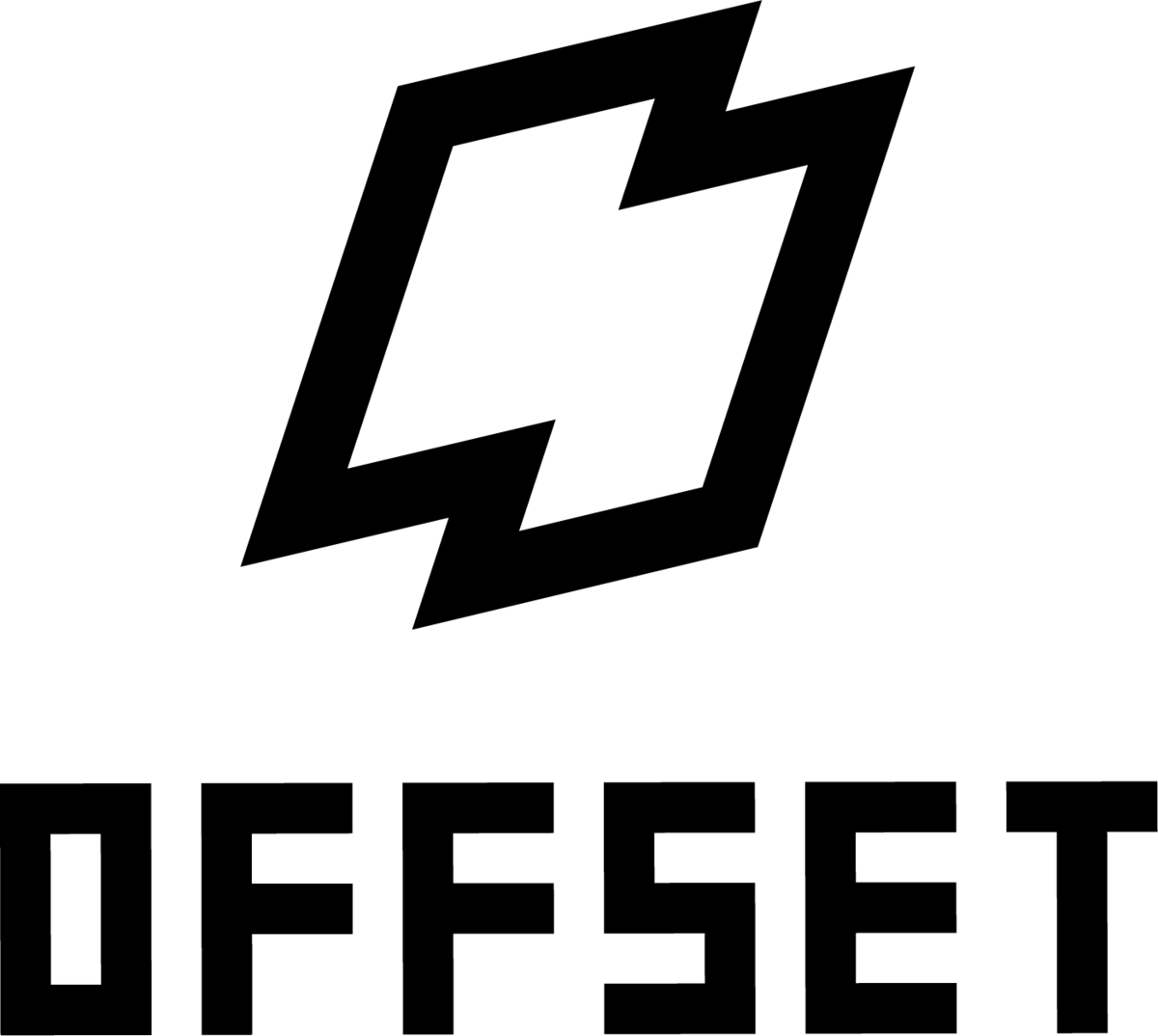 Choose the line less driven with Offset Sport. Innovative motorsports apparel featuring racing gloves and apparel that allows you to handle your business.

Nah no such homologation for gloves, scrutineering just check em for condition