Was looking to pick up some spare sprockets and saw this thing. Anyone tried it? Is it actually a resin/kevlar sprocket? 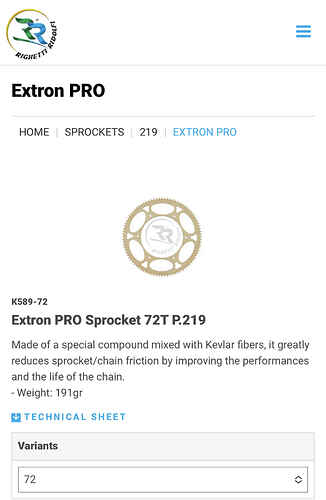 Don’t bother if you have any curbs or anything at your track. I’ve seen a few of these disintegrate when a wheel gets dropped.

That was my thought. Maybe if you ran an oversized sprocket guard, but I hate those things.

My experience has been the opposite of TJ’s. They allow my X30 chain to last several races rather than one.

I don’t have any data on their improvement to chain longevity, just that I have seen at least two blow up into pieces on a curb while the kart was leading. That’s enough for me to say, no thanks.

Plus I run an o-ring on X-30 anyway and it lasts like half a year.

Run them on a kid kart with great success. However he has exploded a couple now that we are pushing things and using kerbs.

Once would be enough for me. I’ve had enough dumb things take me out of a race. Bent one this weekend is why I was looking. Fast at my local track = jumping a set of kerbs. Sprocket and chain were brand new. Lovely little metal flakes everywhere. 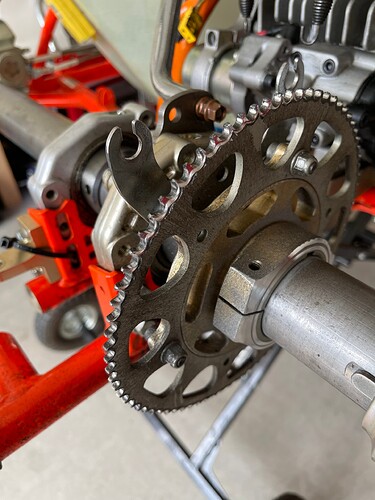 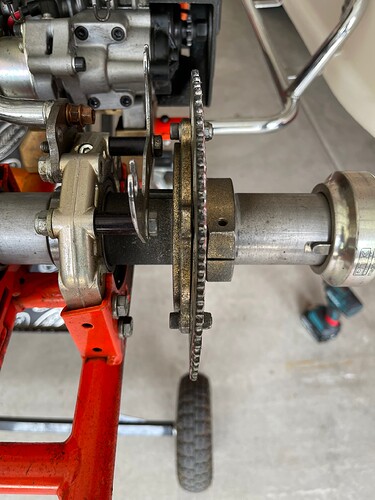 is that a zero error sprocket? When I first found them I loved how light they were but I swear you look at them wrong and they will bend. I ran one last year, didn’t hit a single thing, didn’t go off course and checked it after the event and had a bent sprocket, not sure if it was side load or chassis flex or what that bent it but I’ll never buy their sprockets again no matter how light they are.

Also the OTK sprocket carriers suffer the same fate…they bend way too easy and I’ve had some that came brand new and weren’t straight…I’ve moved to other carriers and haven’t looked back. I think most of the OTK stuff is pretty good quality, but those carriers are junk.

Think the brand was called holeshot (it’s already in the FUBAR bucket). It was just sitting in the bottom of the toolbox. Normally don’t run a sprocket this large. Bummer since the track configuration we were running didn’t require jumping kerbs and I don’t think I ever put the inside rear over any kerbs.

Like Lindsay mentioned I ran the Kevlar sprockets on my sons kid kart previously but that was the extent I thought they could be used. They didn’t last longer the motivation was they were lighter and trying to remove all rotational weight from the little 50cc motor.

I don’t think they’d be strong enough for a 100cc or larger motor.