I am looking for a kids kart for my soon to be 6 year old grandson. It has not been easy finding one as there doesn’t appear to be many available near me. Portland, Oregon. This one is available somewhat near me but the owner said it is a custom built kart and does not have any markings on it showing any kind of a manufacturer. Does this look familiar to anyone? The big X on the bottom I have never seen before. Any input is greatly appreciated. 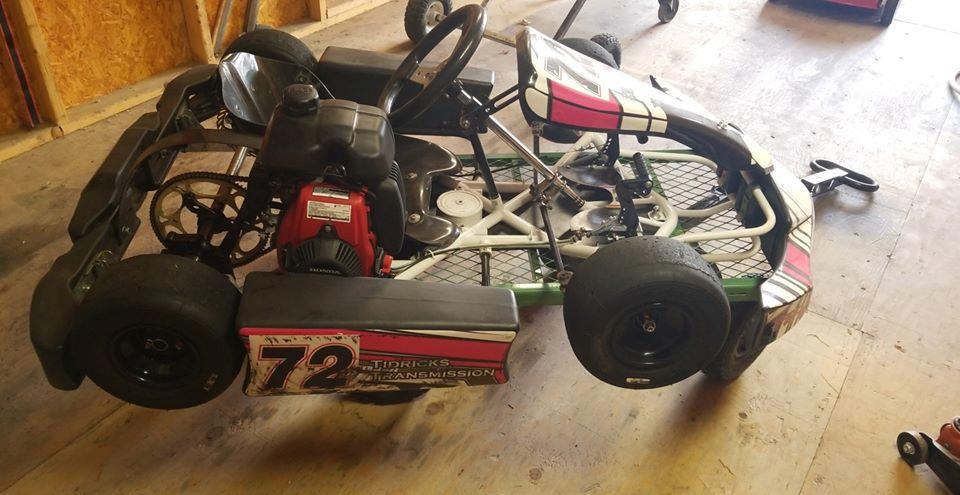 That is interesting. Never seen cross members like that spawning a vertical steering column support. That’s wild. I am not familiar with kid karts, though.

I know this kart and it is in fact a fully custom one off kart. The original owner is a fabricator and as such didn’t want to buy a kart off the shelf.

It looks pretty cool but the single tube support for the steering column bothers me.
Generally this would be an “A” shaped bracket to stand up to the forces on it, even by little ones. 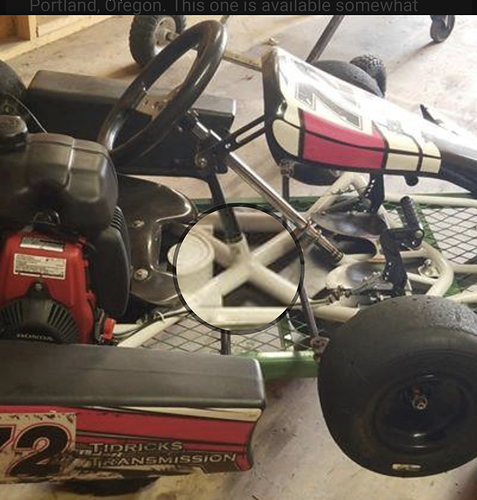 If you check out dirt karts most of them are like that these days. Not sure if that’s where the inspiration came from, just saying it’s common in that world.

Thank you all for the input. My grandson may never race but I would like to let him if he wants to. My fear would be replacement parts and such. I suppose if it was built to use off the shelf parts that may not be a concern. I will have to decide if the six hour round trip is worth doing.

I have seen a few around on some of the facebook karting pages. I’m an hour south of Seattle. So finding some shouldn’t be that difficult. Just a matter of reaching out to the right places. Budget also probably comes into play I suppose

For bambino and kid karts… shouldnt there be a bunch of these used given that all kiddos grow (too) fast?

You might have better luck finding a used kid kart from the fellas who have a bunch of karting clients already. As their clients get older, Dad buys a new kart. The old one had to go somewhere. Perhaps there’s a tent program guy with a few old client kid karts in his warehouse or something.

Would you say it is worth the $1200 he is asking? If in nice shape of course.

Find out if it uses off the shelf parts and for what. But I have seen several cadets for sale around that price so it’s not out of line

It is a kids kart not a cadet if that makes any difference.

If you check out dirt karts most of them are like that these days. Not sure if that’s where the inspiration came from, just saying it’s common in that world.

I hadn’t noticed it on dirt karts. Interesting.

I think I’d pass unless it’s a great deal. The pedals look like they are Wildkart pedals. Being able to identify the origins of the spindles, steering column, rear bearings and carriers etc. would help.

Ive seen an arrow chassis with rotax engine go for $1100 and people at my club have sold kid karts for under 1k. Id ask around wherever you race

I have some feelers out now. I don’t need one until early March for his birthday so I have some time.

If you are on Facebook look for the group Kartslist, Northwest Kart Classifieds, West Coast Karting Buy/Sell

@KartingIsLife there’s quite a few American made chassis with uprights like this. I have one in the garage that’s taken a pretty rough flip that bent the steering shaft where it passes through the bushing at the upright and the upright was completely fine. No issues with this design.

That’s good to know. I hadn’t noticed it to be honest. My personal preference would still be a double bar type, but it seems like the single one works just fine too.