OK so not really breaking and entering since we talked to owner and have to give proof of insurance. But while I have your attention… (Also, the audio not really SFW)

Unlisted video of an abandoned dirt track (St. Croix Valley Raceway). We’re (Me, wifey and business partner) exploring the possibility of taking over. It used to host outlaw sprints etc, but we would be starting off with rental karts on ice and dirt. After that, who knows. For sure I’d love to rip around there in an outlaw sprint some day.

Nothing is decided or agreed yet (including the township which is 99.997% of the hurdles), but I though t I’d share this roughly edited video with you. 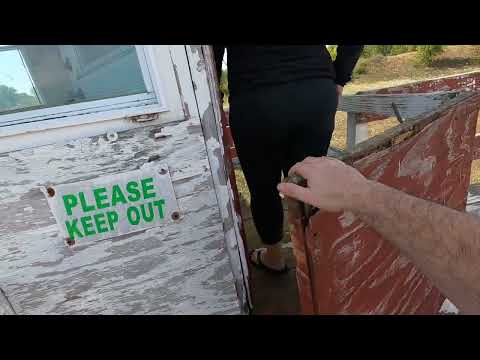 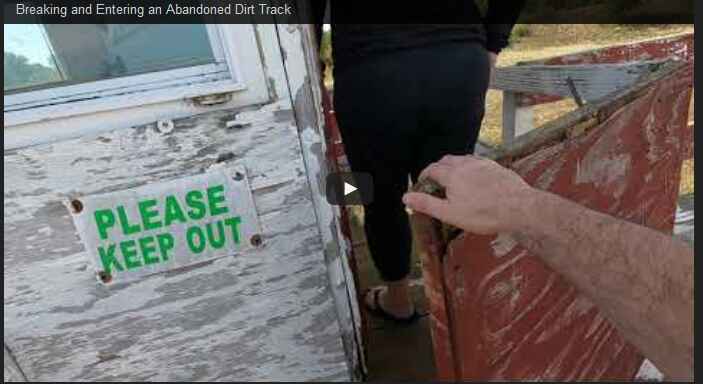 Some back in the day stuff. First one is a GNARLY crash… 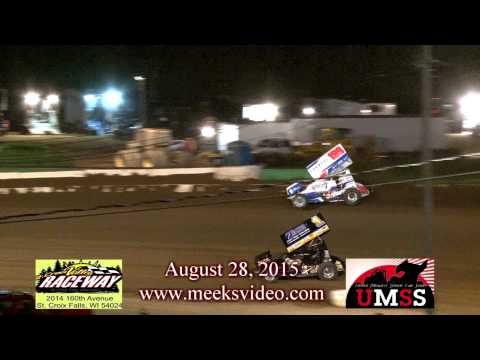 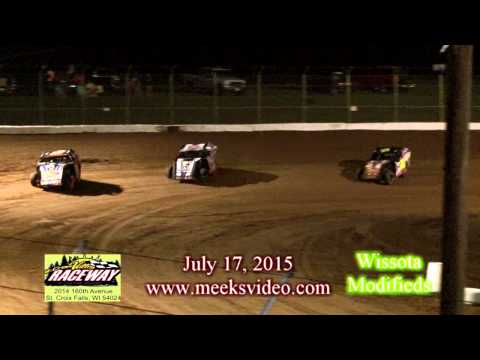 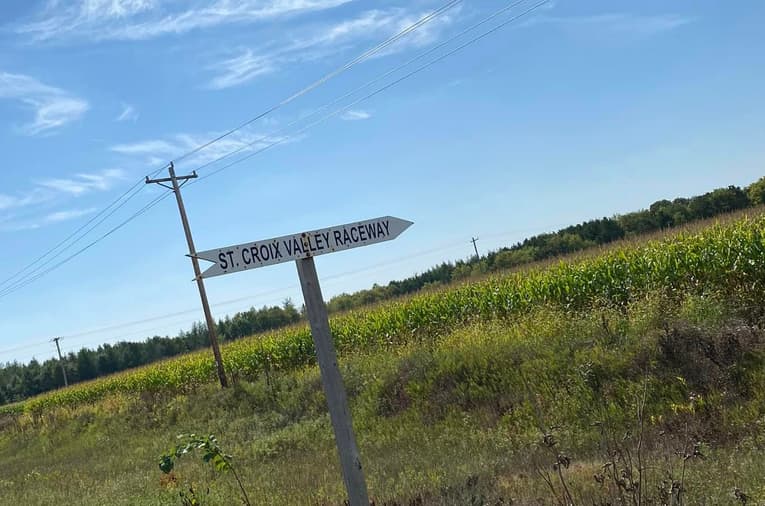 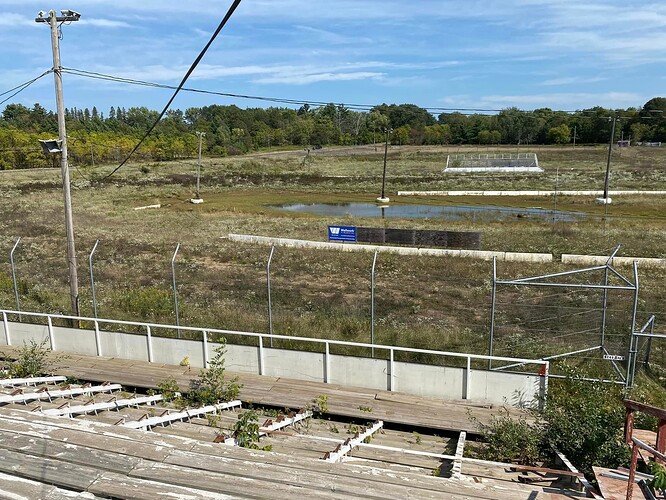 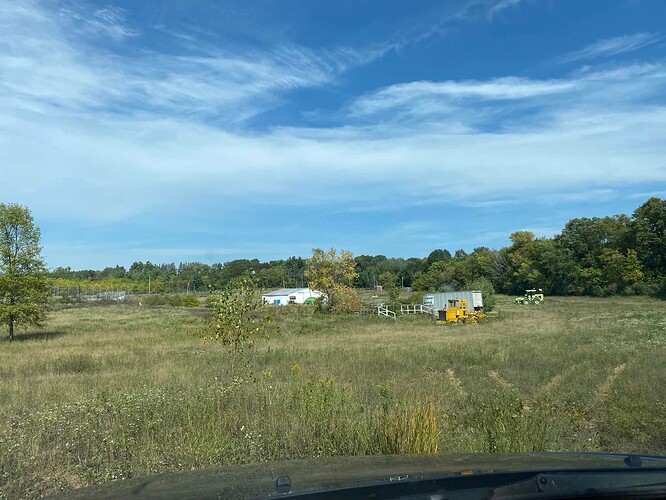 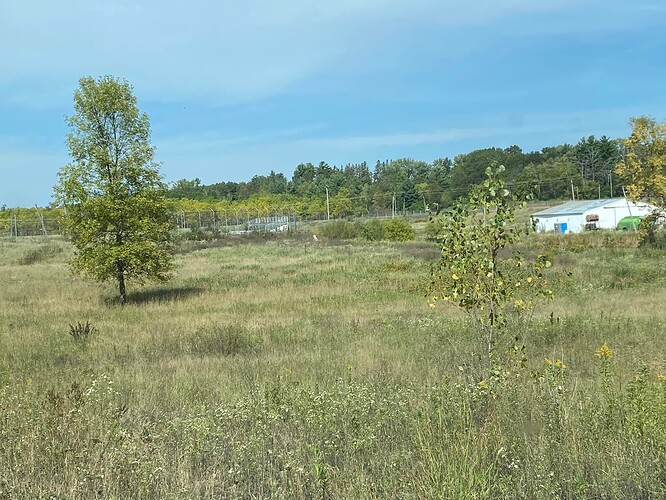 Very cool! Could you run karts in the infield?

Anything is possible, just add money…

This is what I’d like to build on ice. I believe it would be the worlds longest and fastest ice course…
Just under 3000ft\905M\0.6mi 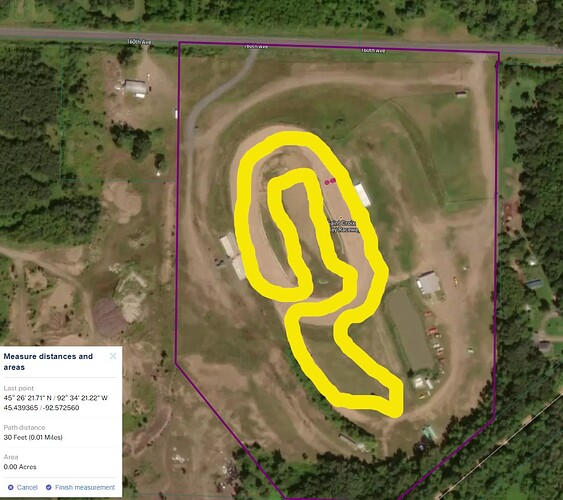 One of the world’s first karting circuit was a kart circuit within a sprint oval type circuit. Now it’s a sport’s field about 10 minutes from me. 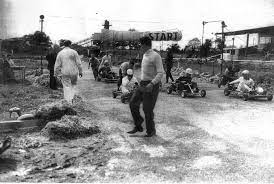 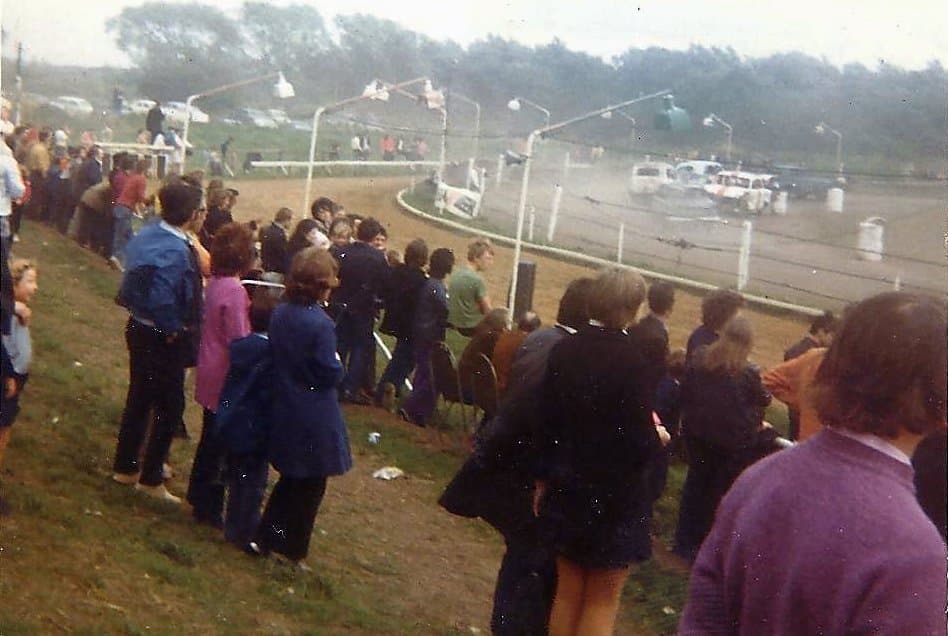 good luck mate if you do make an offer.

The advantage of this is that you won’t sink into a lake when it thaws!

Mary Mother and Joseph, James (in my best Irish Accent). Maybe you should put up a Parental Warning at the beginning. I haven’t so many F-bombs drop since I was a kid living with my Dad.

All kidding aside, it looks like a great property for what you have in mind. Best of luck and keep us updated.

Yeah I recorded it with a plan to just keep it to ourselves, but ended up putting it on YT unlisted for us to refer to it… Figured it would be rude to not share it with KP.

I loved it! Wish I would have been there. I can bring the drinks next time!

Yeah definitely not my, eh, youtube voice and narrative. Figured some might be entertained by a more authentic (Slightly emphasized Irish) version of james.

Hopefully we’ll have something to celebrate by winter, but I sense it this is going to be a March 2023 thing. IF we can get everyone on board. I was hoping we could move quick and get moved in for the winter season, but current permits and red tape make that difficult.

shit do that course on dirt, have some dirt sprint course action! Perfect for your pit bike engine kart.

Dirt road course with rentals is where I’d like to start and our waitlist is all in on it. But location\permits have been elusive. If this opportunity takes a sudden change for the better, we might get some dirt racing in before winter comes… but I’m not optimisic on that given conversations with the township board so far.

To copy\pasta some FB comments I’ve made

Talking with the township for now to understand what needs to be done to pivot it from what it was (Events with spectators, BIG noise, limited days per week and limited numbers of events) to what we would like to do with it: (Essentially no noise, no spectators, low traffic, multiple consecutive weeks of operation and 5-6 days per week of operation).

But in my mind, the starting point of getting to those big events is to plug in something that cashflows over the course of the year: rental karting on ice in winter and dirt in summer.

Added bonus of rental karts being that we get to raise awareness of the place to a demo of people that probably may not have even known or cared about the raceway.

Main problem\challenge is nearly always permits and working with the city\townships. For example, the grandstand has to be remediated (Cost $25-30K) or removed.

In the short term (6mo-1yr) we have no use or plan for the grandstands, so no point in paying $30K to restore them… yet

Longer term we may restore them, it would be absolutely SICK to have winged outlaws there again, so from that standpoint it doesn’t make sense to demolish it either s I’m sure building from scratch would be much more than $30K

Apparently blocking the entire area off is not an acceptable solution.

Owner has offered to include remediating the stands in a deal, but in my mind that’s still 25-30K that could go towards revenue generating assets: more gokarts.

Also our model of being more of a daily operating business vs scheduled events tends to be outside whatever permits are in place.

Short answer: Red tape. We’ll have to see where it goes from here, if it goes anywhere.

Many Excite! Such Update!

Made some progress with the city today, so that’s something. We’ve been going back and forth over the grandstand that needs about $30K to bring it up to code (As you’ve seen in the video), or it needs to be removed.

Problem is that in the near term, we have no use for it. Our customers will literally be on the other side of the property. But longer term, who knows maybe we’ll have spectator events here, so removing it seems wasteful.

After some back and forth, and sending them a drone video from last year… They town board now understand what our use will look like (Operating winter, six or so weeks opening 5/6 days a week, no spectators) vs a racing entertainment venue.

They are onboard with the idea and are now working on ways to make it work, even chatting with their legal counsel to see what could be done. We present to the board on Oct 2nd, if approved then we have to file some for amendments to the special use permit that’s in place to include “other motorsport activities” per their legal counsel.

Lots of red tape as always, but we have the township on our side and that’s half the battle… if not more. The process will probably take two months, which rules out dirt for this fall and puts us on a VERY tight schedule. Saving grace is that we can begin to move in and start work between when board approves the project and when the special use permit amendment is made. 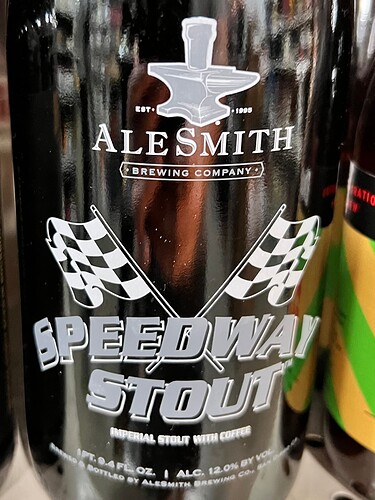 So far we’ve attended one planning commission meeting and one town board meeting.

It’s been all Approvals so far, but there are still several steps over the next couple of months to complete. Essentially an ordinance does not exist for what we are doing, the current ordinance for the track is VERY different. It talks about a handful of events, once a month with various stipulations. This is a change that will also have to go by the county and a couple of public hearings.

We already have one resident opposing the change and it does seem like a classic case of “opened something up by a race track and hoped it would go away.”

I’m not going to go into great detail on who/where etc filed the protest, even though it’s all public record, I don’t feel comfortable doing so.

But I will leave everyone with this illustration. 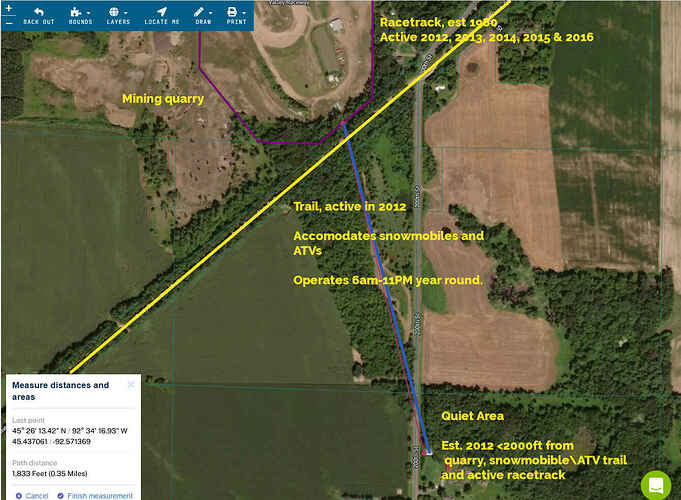 Yes, someone setup a countryside\rural type experience business ten years ago at a location that had an active ractrack, an active snowmobile\ATV trail and a quarry all within 1800ft.

I’m optimistic that the fact we’re running rental karts that make close to zero noise compared to a 410 outlaws will help convince some those opposed.

How do you purchase this if it isn’t clear wether you will be able to run the karts?

Purchase contingent on planning/permits. The initial plan was to rent for winter, see if it’s a good fit and purchase in March. But yeah, that may not be happening.

Getting caught up on this thread. As a beer professional, and uber beer nerd I can cast my vote of approval for Speedway Stout. One of the OG big time coffee stouts, and from a classic American craft brewery with a strong reputation. Take that bottle to the dome if you have some serious thinking to do, or the same for the opposite scenario