I’d like to better understand wheel lift. It’s hard to observe as there’s likely degrees of lift that are not visible to the eye (meaning the weight isn’t on the wheel but it looks down).

When you brake hard at the end of straight, generally this is where I see the wheel lift completely. As we turn in, I am unclear what happens next.

I am guessing that as we turn in the wheel starts coming down and then as you feed in gas it settles completely.

What confuses me is momentum in context of wheel drop. Let’s say I wanted to hypothetically straight line brake and then carry the corner only with momentum (no touching the gas). I am guessing the wheel would come down slowly as I release brake and turn. I suspect the wheel would be completely planted as the kart naturally finishes rotation at the apex.

But, unless I am mistaken, there’s almost zero scenarios where you’d coast like that with no throttle or brake input. For me it’s usually brake, turn, start adding throttle prior to apex (if possible).

So, how does this work? I suspect that adding in throttle drops wheel. There’s gotta be a way to run round momentum type lines without worrying about wheel drop? What am I not understanding?

Great video on lift/jacking for anyone reading this topic:

Lift is a function of load or force going through the chassis. So when you have maximum force flexing the frame, that’s when the lift is at its height. This is usually just after turn-in, when you might still be trailbraking and you’ve got the kart on its nose with your peak steering input in. The other force at work is centrifugal force, when you’re rotating around the apex of the corner and that force ‘tips’ the kart onto it’s outside front tire and three-wheels it.

To increase your centrifugal force, you either speed up your rotation speed while maintain the same arc, or you tighten up the arc. So turning harder or accelerating with the same steering input through a corner will tip the balance outward and keep the inside rear wheel unloaded more. If you set the kart on the ground in the pits and turn the wheel full lock with you out of the kart, you’ll see most karts will teeter on the inside front and outside rear. It jacks so much weight that you can lift the inside rear wheel off the ground with your hand at that point. The centrifugal force is what is lifting that on the track.

Since the quickest way around the corner is usually to enter high, apex at the curb, and carry speed off the corner, the kart won’t have a constant amount of force acting on it the whole corner. If you watch some karts in a tight corner, you’ll see guys who apex later will get a lot of lift right at turn-in, but the inside rear sets down quicker too. Guys who turn in slower (under the rubber) can hold the lift a little longer but don’t get as aggressive of a hike on the inside rear at turn-in. It’s all a balancing act. These variables are what make driving a kart different than driving a car. We have to constantly think about how the inside rear wheel unloading is affecting our cornering.

Ok then so in my scenario, the under the rubber guy is going to initiate a slower earlier turn in whereas jack it guy will turn later sharper? That’s basically it? Hard quick turn drop wheel, longer radius turns lift it?

Edit: in short, if I feel significant load on my right side, my inside left rear wheel is likely lifted?

Basically, yeah. The wheel doesn’t have to fully lift for it to unload enough not to scrub. So Under-the-Rubber Guy isn’t going to get as good of a rotation on entry, but he will also scrub less at apex because the wheel will be unloaded more than Crank-the-Wheel Guy. It’s give and take, and some corners one way works better and others the other way works better.

For me it’s easier to feel the wheel set down than it is to feel it lift.

In fast corners without much wheel input, it’s not really going to lift, but it will unload a little. The big lift you can see happens in the tight stuff usually.

Here’s some cool images of lift! 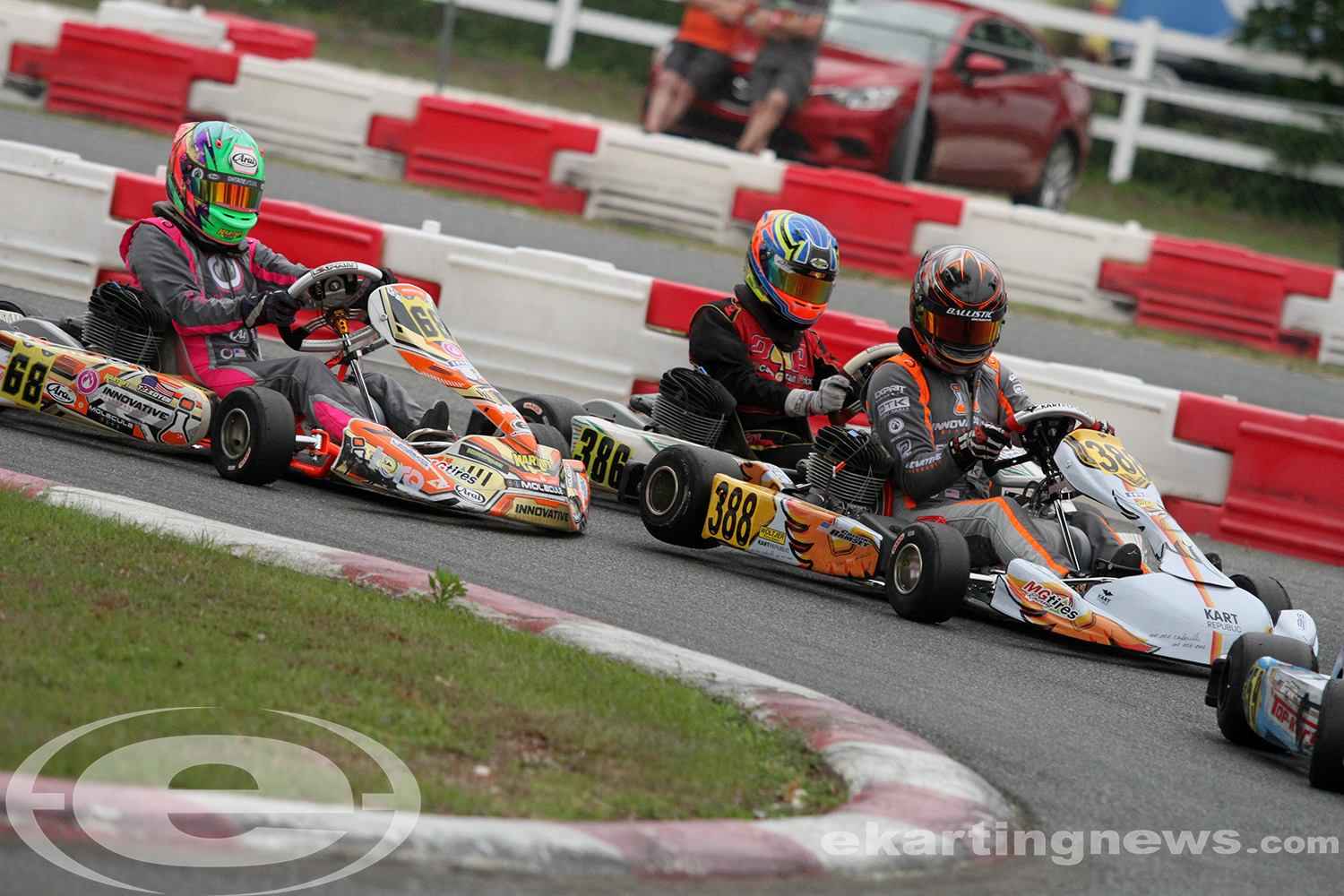 Slow corner, more wheel input. Also I might have tapped him… 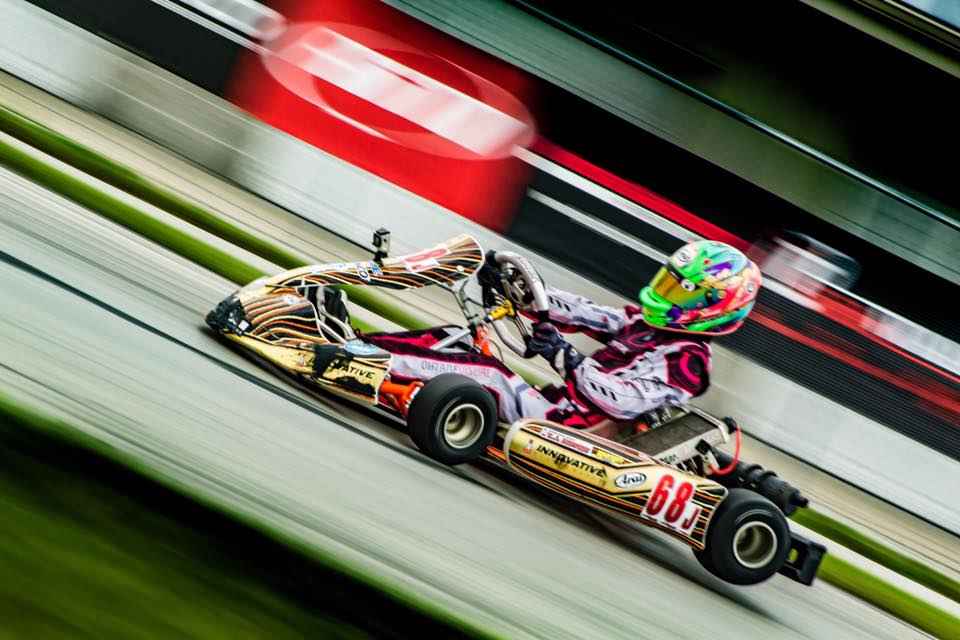 Now this one is a fast 90 at the end of the straight at New Castle, but I was really aggressive on the brakes on this one and sort of Scandinavian flicked it under braking, so it loaded up really hard right away. Not always the fastest but it looked cool in practice.

Did somebody say lift? 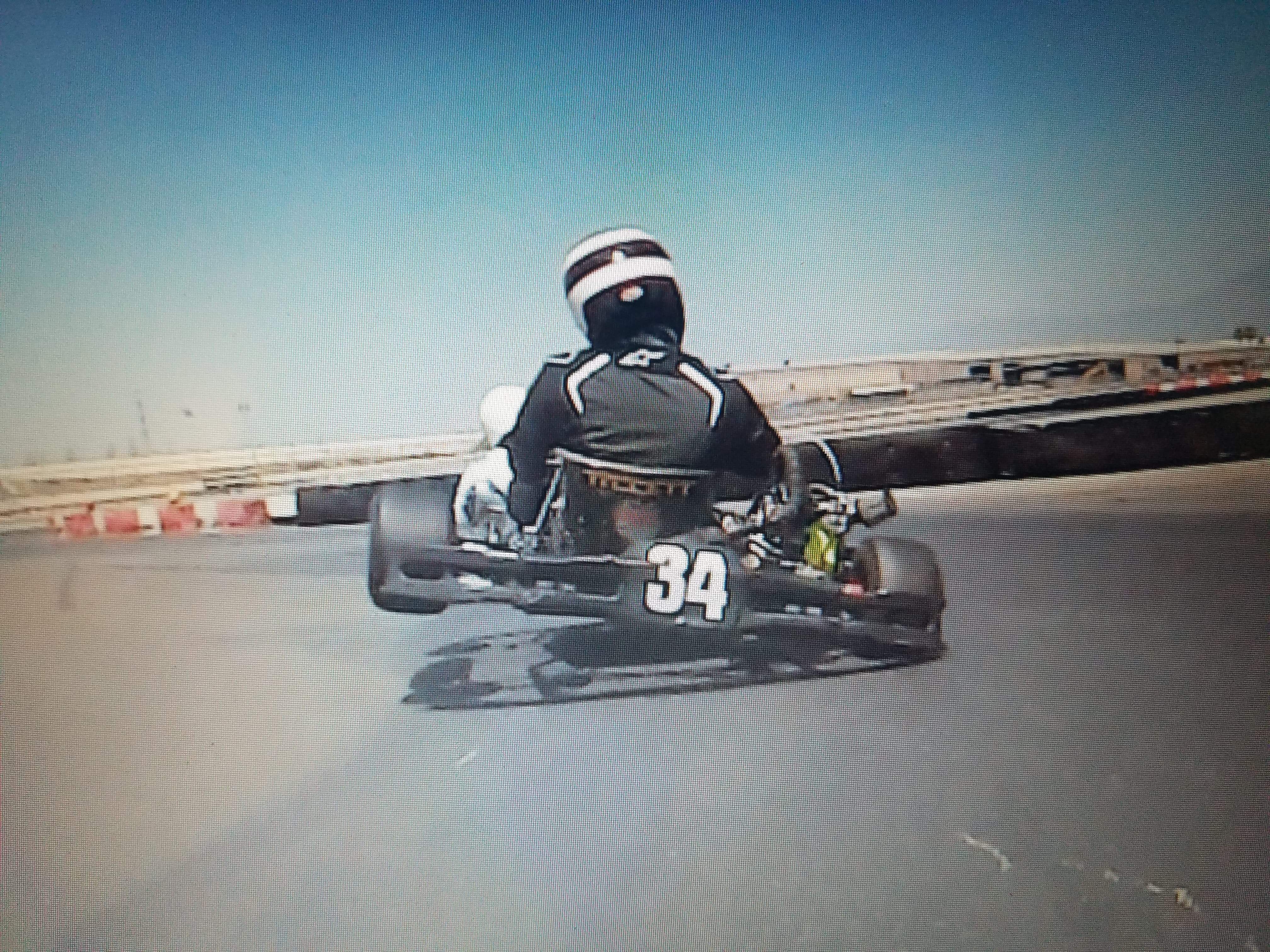 I know not the same lift. Just fast turn and TONS of grip.

Relevant though! More grip = more force = kart tips easier. So easy that it wants to flip over. 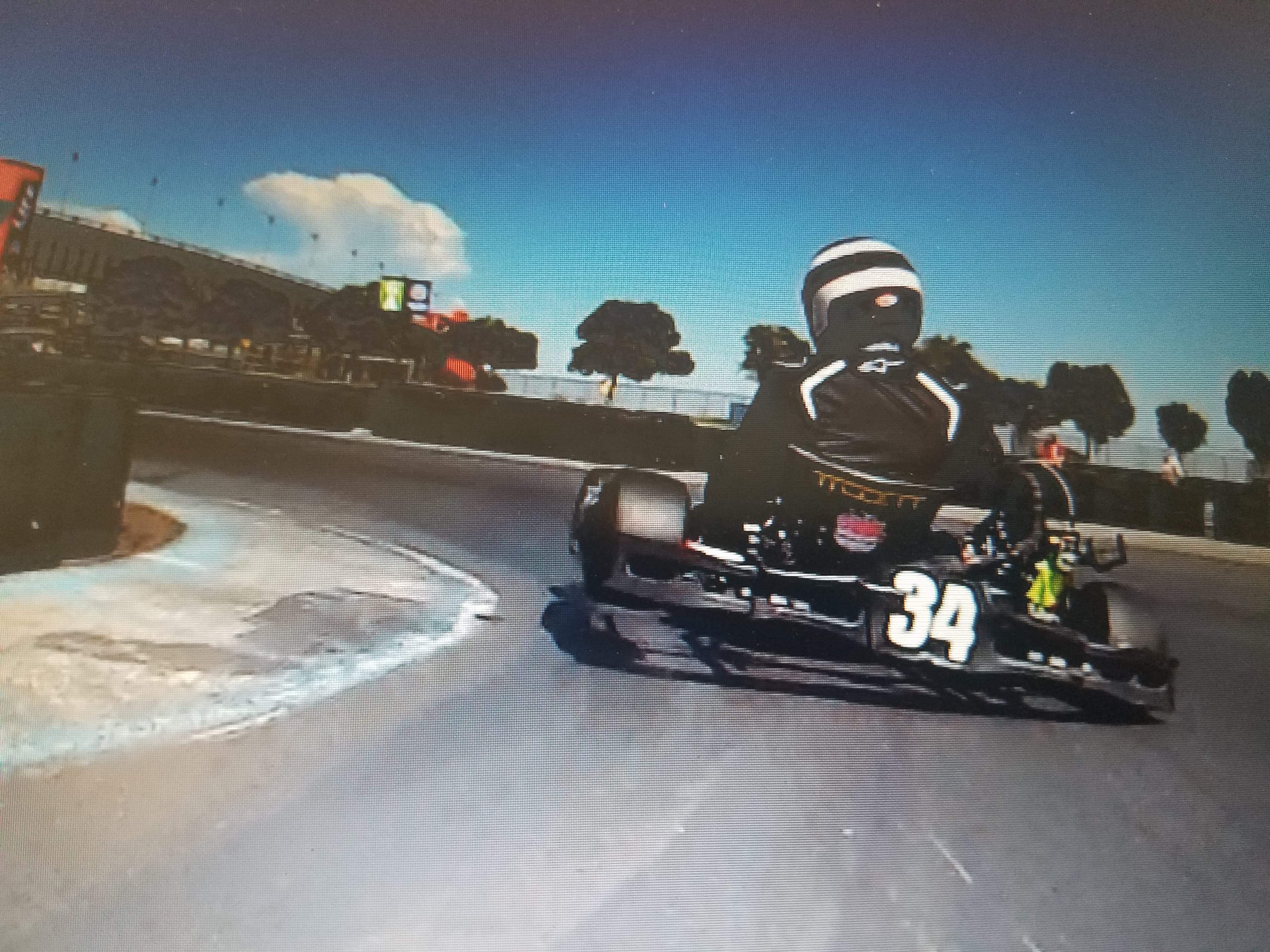 First one is a 90 degree turn left and 2nd is a hairpin/ u-turn. Both at the end of long straights.

Ok ok I think I see. So the visible wheel lift that I encounter is kind that super jacks the wheel (braking + turn in). But what you are saying is that centrifugal force alone is sufficient to unload inside rear.

So depending on Kart setup as per Col’s vid, I could work on rounding out certain corners at e-town (7-8) but tune kart for rate of lift that feels right?

But, in the case of extreme grip like Brian’s pics, sometimes you gonna just lift.

Anyone know if compkart are fast or slow rate of lift?

Any kart can be set up to have a slow or quick rate of lift. From what I’ve heard, the CompKart feels very similar to the OTK in terms of turn-in speed, so I would imagine it is a fairly front-biased kart and defaults to having a rather quick rate of lift.

thanks all that was very helpful

So, assuming that you are making smooth and calm turns, getting on throttle as you release brake doesn’t drop the wheel. The outward flow of energy from the turn overwhelms the forces acting to drop wheel?

So it’s all about smooth transitions?

No such thing as centrifuge “force”. It’s an affect of the turning force acting on the forward motion force of acceleration, creating what seems to be radially-directed motion. But it’s not a true force.

When you brake hard at the end of straight, generally this is where I see the wheel lift completely. As we turn in, I am unclear what happens next.

I am guessing that as we turn in the wheel starts coming down and then as you feed in gas it settles completely.

Can’t accept that Matthijs… So we are approaching the corner no steering lock applied the wheels are pretty well equally loaded side to side .
We apply steering lock, the combination of caster and wheel offset from the kingpin causes the inner front wheel to move downwards relative to the chassis, the outer front moves upwards.
First effect is to unload the inside rear as the inside front presses into the track and so the kart is able to turn. Once turning it generates what I am going to call centrifugal force (see post above) and because the tyre contact points are no longer on a flat plane,the kart rolls over on an axis inside front /outside rear contact points ,lifting the inside rear and loading the outside front
This condition continues ’ around the radius’with centrifugal force acting through the centre of gravity loading up the outside tyres and keeping the inside rear off the ground.
Steering lock can be backed off at this stage as centrifugal effects keep the inside rear unloaded.
Once straightened up, we lose all centrifugal effect as well as the ‘jacking’ from the steering geometry and the kart settles back on to four wheels .???

I see the wheel come up in the big braking zones but I imagine braking, in itself, doesn’t lift wheel, it’s the turn in primarily that lifts wheel. But the forward dump of weight from braking probably adds to it.

Yes I am sorry, I accidentally mixed up inside and outside. I altered my post. Instead of explaining I only add confusion. Your explanation is a better version of what I meant.