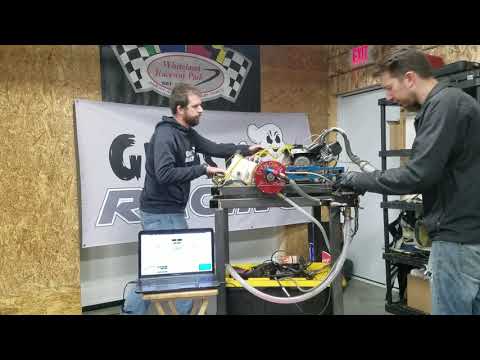 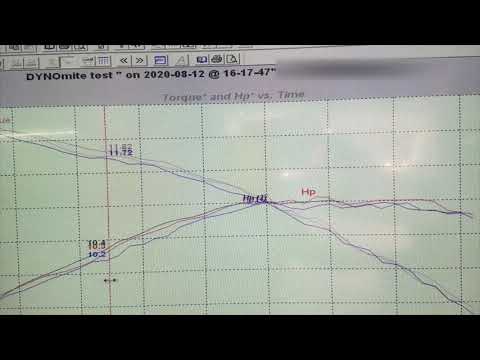 Thanks,guys. Very interesting. Really appreciate this type of info. Anything that validates or refutes these types of myths, or even reasonable sounding theories is really helpful. This type of information has been notably absent from karting dialogs, especially engine related.

I’m sorry but these “experiments” are not sound at all.

I agree that they are not scientific lab experiments or even engineered tests. Hell, we don’t even have that dyno anymore as we have upgraded to a newer one.

They are myth busting videos to help prove to new people that you don’t believe everything you hear. Entertainment and education, not lab based science. If anyone tells some new guy they have to have a fuel pump riser to go fast, maybe our video will make them question if that upsell is really necessary.

Dean, thanks for sharing. I wish we had time to do more. There are so many myths and “racers tales” out there that cause new people to spend money on stuff they don’t need.

It has grown more than we ever could have imagined, but we really did start Ghost Racing because we were tired of people spending way too much money on engines. There’s a market for people who want a good engine at a good price with, honest, transparent feedback and advice.

Please do not take my comments as combative or insulting. That’s not what I’m trying to convey. My formal education was in sciences and anytime i read “experiment” I get a little edgy. Since you have a new dyno, I would create a true experiment. This would entail a true control and two “changes”.

Let’s assume that you’re indoors and the temp is constant (including the barometric pressure) inside your garage. I would create three to five dyno tests with a fan over the engine as we are continuously moving in a race. Also, I would have the engine up to temp at the beginning at each test as the fuel riser is the variable here.

Test #1: Engine at race temp, fuel pump (non-elevated) at race temp and three to five pulls. Average out the dyno across the powerband and create the TQ/HP curves.

Test #2: Engine at race temp, fuel pump (elevated) at a various temp as it will not match test #1. Same amount of dyno pulls and then average the curve again.

Test #3: This test is to disprove the myth. However, this is the issues around experiments. It’s generally constructed to be leading. If I were running the test, I would use no fan, use the riser and repeat the three to five dynos.

Report all three dynos as neutral as possible.

The goal during any myth, experiment or test is to change one variable at a time. This parallels what kart tuning should be. Let me know if you have any questions as I have plenty of ideas around this

I didn’t take it as combative. In fact, I encouraged the feedback. I find KP more fun than Facebook or other karting forums because of the polite conversation even on differing opinions. My formal education is in engineering, so I am familiar with scientific method, but likely not near as much as you.

I don’t disagree with any of your comments. However, I can tell you an 8 hour video of us doing many more dyno runs would not make a very entertaining video

. I know it made for a hellaciously boring Tuesday the day we did it. We tried to keep it as simple as possible for the “average viewer”.

Our videos are not supposed to be leading in any way. In fact, these two actually cost us money because I don’t make a dime on Amsoil and lose the markup I could make on a fuel riser if it actually worked.

I do appreciate the feedback, though. In future videos we definitely should highlight the controls and minimize (or at least acknowledge) the variables.

What was Smurf blood again?

That was the old Comet formula. They have finally removed the blue dye now though.

Getting savage in here. Gonna need a flame suit.

Here is a question for you guys. Are there any tricks to tune for VP110? We are usually 91 but the Showdown this weekend is on VP110.

Just enjoy the loss in performance.

No carburetor differences. While 110 does show a little worse on the dyno, you will not notice a difference in the seat.

I just run non-ethanol 87 in mind, so I’ve never tried anything else but I know our 4 stroke division (non 206) run some sort of (VP) high octane fuel. But those are highly modified and thus run higher compression. Maybe thats the difference? (Thinking aloud as I write this)

There’s a point at which it’s too high octane, there isn’t enough power and compression to detonate the fuel.

It has always been my impression that higher octane burns a little slower also. So higher octane, with same ignition timing, effectively is like retarding the ignition slightly. This reduces HP slightly. If I had the choice, I would run hotter spark and more timing. In LO206 you can do neither.