I’m after some opinions on when you do your maintenance items. I’ve just had my second session last weekend and first in the dry. The kart performed great and I learnt a lot more about It and it’s performance. I have been accumulating spares as I see them come up on sale etc. When do you guys change the following items and what else should I look to do very soon, and what in the future?

Brake pads - Arrow X1, do I wear them down to the backplate?
Brake Fluid - yearly?
Brake Rotor - when it’s not straight?
Gear Oil - yearly?
Bearings - ever?
Coolant - yearly?
Spark Plug - only if fouled?

I run a pre-evo Rotax engine and so far I’ve changed the coolant because it had a glycol based coolant previously. I have purchased a spark plug, gear oil, coolant hoses, brake pads, brake fluid, a throttle cable and brake safety cable. Plus I’ve changed out a bunch of the old nyloc nuts and replaced some bolts. I’ve also replaced the fuel lines and fuel filter, and I replaced my air filter but haven’t re-oiled it yet.

I bought some as useful spares and some to do so I have a clean slate.

Brakes go a while but I like to bleed them every few outings. Brake pads last longer. You can see when they are visibly getting done.

Most of your routine sounds good.

Has anyone changed the brake fluid on their Arrow kart (or any kart with a similar system, i.e. no fitting for brake bleeder in master cylinder)?

I was planning on flushing it by pushing it through, in one bleed nipple and out the other. Does anyone have any tips? Is it possible to over fill the system? 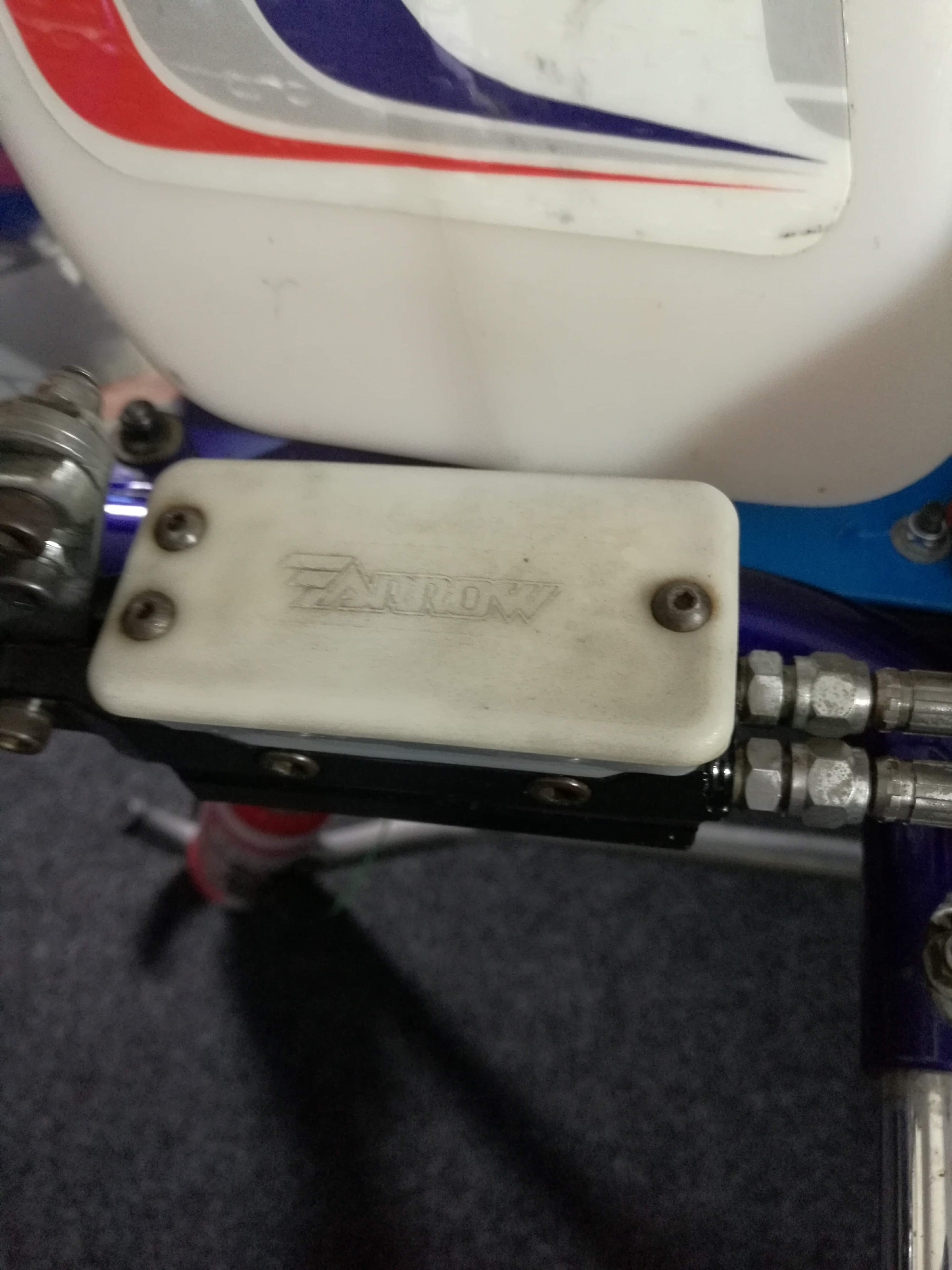 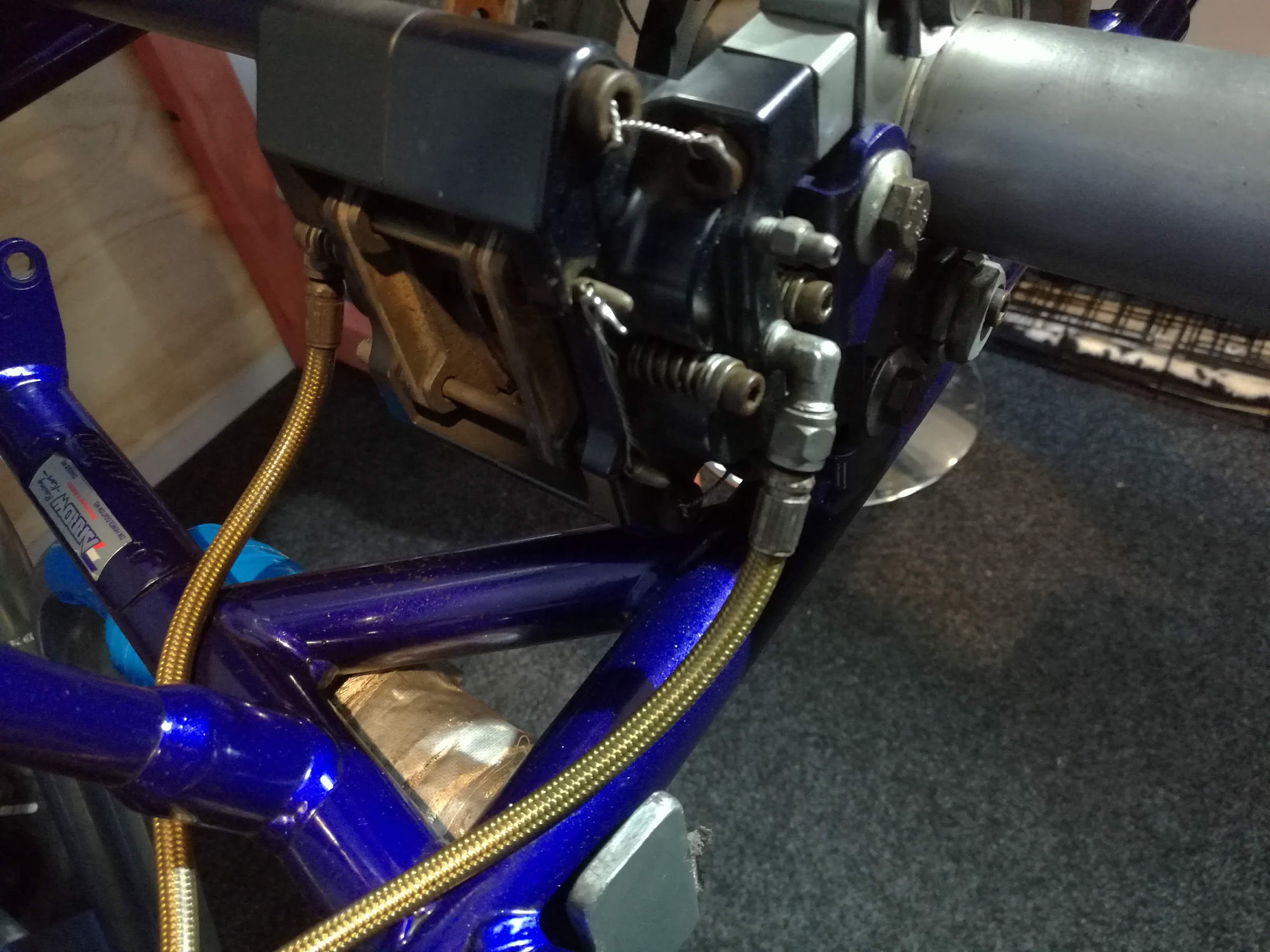 The dent brake system is IMO one the best there is. Super maintenance free with no special bleeding quirks.
Just bleed like a car.
Open lid, crack one nipple at a time on caliper, attached bleeding tube, pump away. Once happy you have flushed old fluid through, hold down brake pedal and tighten nipple. Repeat other side.
All done. You wont need to touch again until next service.

Bleed or flush by filling up reservoir in you first picture,
crack the top nipple in the bottom picture. should be one each side of caliper.
pump the pedal and fluid will come out.

Very important to close the nipple before the end of the brake stroke (ie while its under pressure) otherwise air will get into the caliper when pedal is released.
Also keep an eye on how full the reservoir is, because if the fluid drops too low you will also let air in the system.
Arrow brakes are very easy to bleed, once you have got the cordiatntion of pedal and bleed screw correct.

Thanks Marin and Jason.

Do you think it’s worth trying my idea of leaving the system closed and letting the fluid flow through from one nipple to the other? Or should I drain it and refill it with the cover off the master cylinder?

Is it possible to over fill the system?

I think would be easier to do it as described.
Don’t drain it, lower the level of the reservoir with out emptying it, by pumping the pedal. Then refill.
You cant over fill the system

Awesome, thanks heaps. I’ll do it as suggested.

Can anyone explain to me how the Power Valve really works?

Does it matter that mine sits ‘in’ as it’s neutral position?

What affect does the change in length of blade/valve have? Mine’s (Rotax Max) ~72.5mm is that an issue? Is it good for performance? Or bad?
I found a recommendation of 73.5-74.5mm, but I can’t work out how you would lengthen it without leaving the blade rattling loose on the thread.

Liam, you should be able to get 1mm more without the blade rattling loose. The power valve helps your engine run better at low RPM and at high RPM by changing your exhaust port. It is a variable exhaust, similar to changing the cam timing on a 4 stroke engine.

Thanks very much Curtis.

Would you think I’ll be losing low down power with such a short measurement?

No, the most important thing is to get that thing to open at about 7500 RPM’s.

Once you are able to achieve both of the above then the length setting on the valve is correct. This in fact is the entire reason behind shortening or lengthening the valve. If the valve isn’t full against the stops in the 100% closed position you won’t get maximum bottom end performance. Similarly if it isn’t totally out of the way and giving the maximum opening when im the 100% open position then you’d be sacrificing high rpm power.

The length of the valve isn’t adjusted by the stud and the valve itself. Thread this in all the way with high temperature loctite. The overall length measurement is made by turning the black cap on to the top of the stud and measuring using a vernier. Use the common lengths 73-75mm as a starting point, but visually confirm the valve is fully closing and opening and adjust the length as necessary. This way it will be 100% optimized for your particular engine.

Perfect, thanks Chris! I will do this asap and report back.

-change the gasket between the power valve and cylinder head and ensure it is correctly aligned with the bleed hole.
-with the valve fully assembled in place and bolted down, remove the cover and spring and push the valve in by hand, it should spring back to the open position smoothly and quickly with absolutely no resistance. If it does not come back up or comes back sticky then there is misalignment of the blade in the cylinder head (this is very common). Undo the screws and remove valve and make small adjustments to the blade alignment such that it aligns 100% perpendicular to the slot/opening. It’ll take a couple iterations to get it perfect.

Once you follow all the above you’d be good to go. The last step is setting the red adjuster on track. The optimum setting can only be achieved from testing. Make big changes (10 click increments) and use your stop watch as well as feeling of how the engine pulls to narrow the to the optimum range. From here you can repeat the above with smaller click increments to get it spot on. Do this every time you’re at a new track. 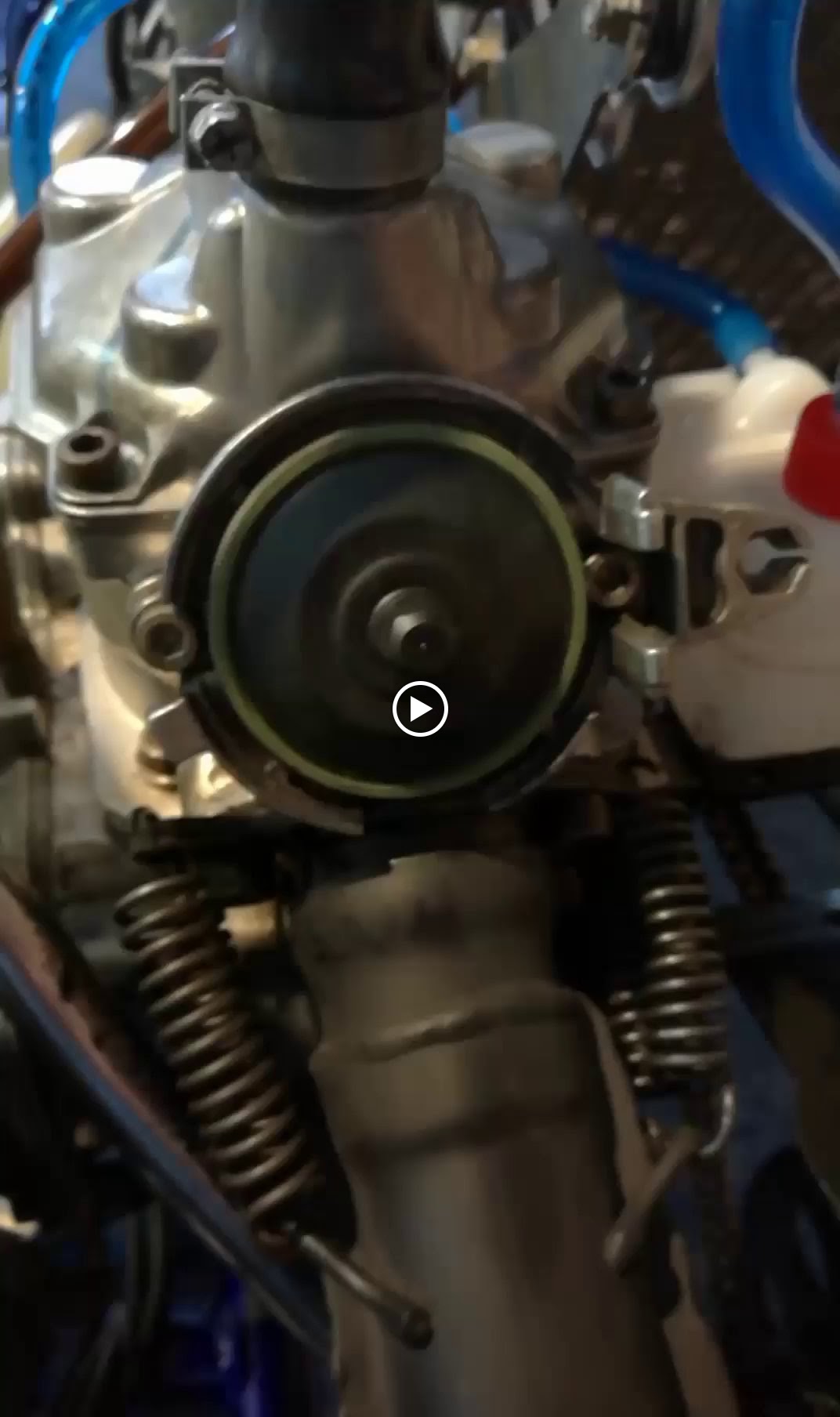 This is what my power valve does both before and after cleaning. Definitely not what you mention about resting in the open position. What would the possible issues be here do you think? Is it an indication of a non-functional PV?