Oops. Seems I haven’t updated this thread in a while. I’ve released 2 videos since my last update. First, is about dealing with setbacks and failures:

Next video will be a change of style, I will be talking to the camera and leaving karting footage for race events, hopefully making them a bit more special. From the next video on the karting footage will come from my new GoPro 7 black, so stabilised image, and gps data including speed and track map.

I enjoyed #1 so far. It made me think of Col talking about a similar thing…

This is a very interesting subject (setbacks and failures) for motorsports folks in that seat time is so limited. It can really throw ya to be off and scare you out of persisting with a new approach.

Oh for sure. The topic came from my first practice session after my first event. I was so keen to build on what I had learnt and came in with all these ideas to make me faster… and I was over a second slower. I was so disappointed. I had to take a step back and take stock.

I’ve been doing an absurd amount of sim so have been able to experience learning arcs repeatedly in compressed time (the benefit of being able to run 100+ laps a day in exactly the same conditions).

Generally any productive change appears to require some destruction or consolidation before it takes permanently. After you experience a positive change, you can experience a period of negative results.

I think that when you make a change to a turn, it changes the flow of the lap. There’s an adjustment period where your overall lap pace is off as the new turn subtly changes things down the line.

When you’ve only got 10-15 laps, its hard to find the will to vary from your normal plan at all.

4 Tips: “Find your balance, find your groove, and you will get faster.” -Bobby Hovey

On the hands thing… I think your 4th point (everyone is different) applies here too. I move my hands. I am generally 10/2 but I go both top, both bottom, whatever is called for. See your above quote. Low hands take leverage out. High hands exaggerate it. If I am stressed, I will go low hands, for example. Just to reduce tension, temporarily.

But as a general rule, removing that variable makes sense.

Nice work, I enjoyed the videos and they are a good length.

Thanks again Dom. I think my point 4 can be also looked at like this: know the rules well enough that you also know when to break them.
I’m going to a second karting academy in mid Feb, so will hopefully have some more words of wisdom then

Greets from the UK, subbed

Thank you for the support!

Audio sounds fine. I think you’ll find that 7 suffers from very bad wind noise, but despair not. For a few dollars you can fix this. 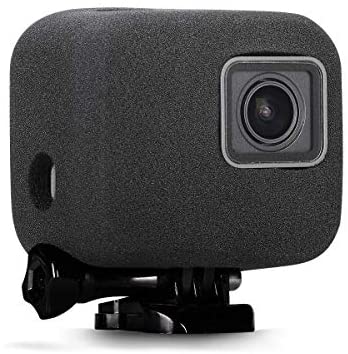 Wind noise doesn’t seem to be an issue. I did get a glitch every 30 sec or son on my first attempt at GoPro 7 footage. Hope it’s something fixable.

What kind of glitch?

The footage just kinda glitches every so often. Not sure the cause.

No worries! Please feel free to post up videos etc on KartingForum.co.uk aswel as here.

The I have uploaded a new video today looking at karting gear and footage of new GoPro setup.

Nice work bobby, That wierd glitchiness with the 7 I dont know how to fix. One thing to look at is whether the SD card you have is “fast” enough to record 4k.

The higher def footage looks very nice. Mybe try a session at a different resolution to see if it stops the tearing. Step down a step resolution, ie 2.7K to 1080 or frames. If shooting 60 try 30fps, for example.

Thanks Dom. The card is one of the SD cards that GoPro recommend for the 7, so I would hope it would be fast enough.
I’ll get another card and try it out in case I just have a bad one.