Hey guys,
i’ve been looking into getting a Leopard as a spare engine for one of my backup chassis (so I’m not putting so many hours on my race motor), but I had some questions that I was hoping someone could help me figure out. I’m not the most technical person, so I want to make sure I understand how this works.

Take a look at one of the Leopard drivers that runs my local track. Going down the straight Turn 4, he’s always tweaking something on the left of the kart. He’s not trying to get heat into the motor, as I thought that maybe the Leopards don’t run on hot enough, but it looks like he’s setting something. 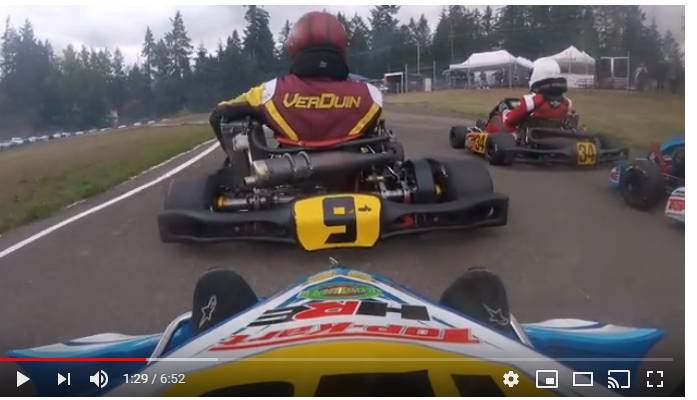 Does anyone know what that is? Is this something that I would have to learn to work, if I got a Leopard?

He’s not trying to get heat into the motor,

Why do you say that? I think that’s probably the most likely reason…

I don’t think it’s an ignition adjustment, variable ignition isn’t allowed.
Could it be something brake related that he was concerned about? Maybe adjusting the slack in the system?

Well the kart doesn’t really have front brakes, so it’s not bias, and radiator tape is a thing.

Well the kart doesn’t really have front brakes, so it’s not bias, and radiator tape is a thing.

Aye, but I’m not talking about bias.
Could be a clevis pin working loose, or like I said a slack adjustment. Some have a knurled nut on the end of the brake bar to adjust the slack, instead of having to remove the bar, twist it etc.

if you didn’t put enough tape on for whatever reason… you can use your arm.

Could be an ignition wire working loose, but IIRC the leopard will run without the battery, it just won’t spin the starter of course.

Does anyone know what that is? Is this something that I would have to learn to work, if I got a Leopard?

Imma say no. Other than keeping the thing in the temp range you want.

Did you try asking him what he’s doing?

Leopard’s don’t have variable ignition. Running the Leopard is basically the exact same process as an X30, just with more vibrations and a higher chance to stick the thing.

And as James said, it’s pretty common to go out with not enough tape on the rad and have to use your arm to get heat into the engine.

Maybe he’s got a kebab cooking on the radiator. You caught him mid kebab-flip.

But seriously aren’t those where the little jet needle twisties are?

Edit: take it back, wrong side of kart.

Edit edit: from what I heard from my engineer, they aren’t really running leopard as much now as it vibrates a ton and causes issues. They do rev a bit higher, like 17k, I think.