I currently use a MyChron 5 to collect telemetry data on my kart. While all the data is collected accurately, and every channel is accurate, I’m having some issues with the Engine Analysis feature, where the calculated torque and hp are choppy. This feature worked well the first couple of tests after I had received the MyChron, however for the last few months I have been consistently having this issue. It has even persisted an engine change from a senior Rotax Max to an X30.

I know that this feature is not completely accurate, however I would like to use it to get an idea of what is working and what isn’t in terms of engine setup. If anyone has run into this issue before, or has any ideas on how I can fix it, it would be greatly appreciated. 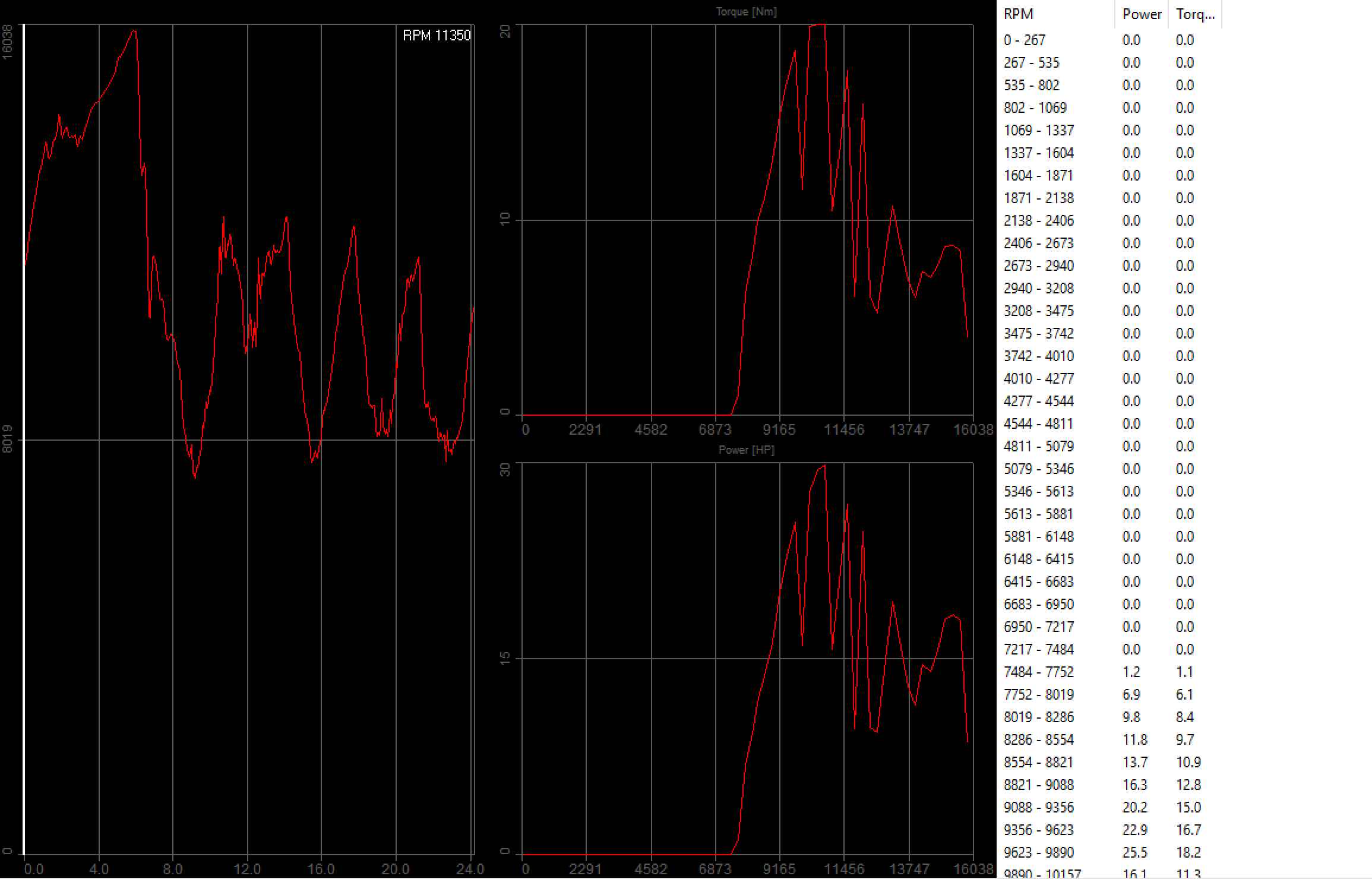 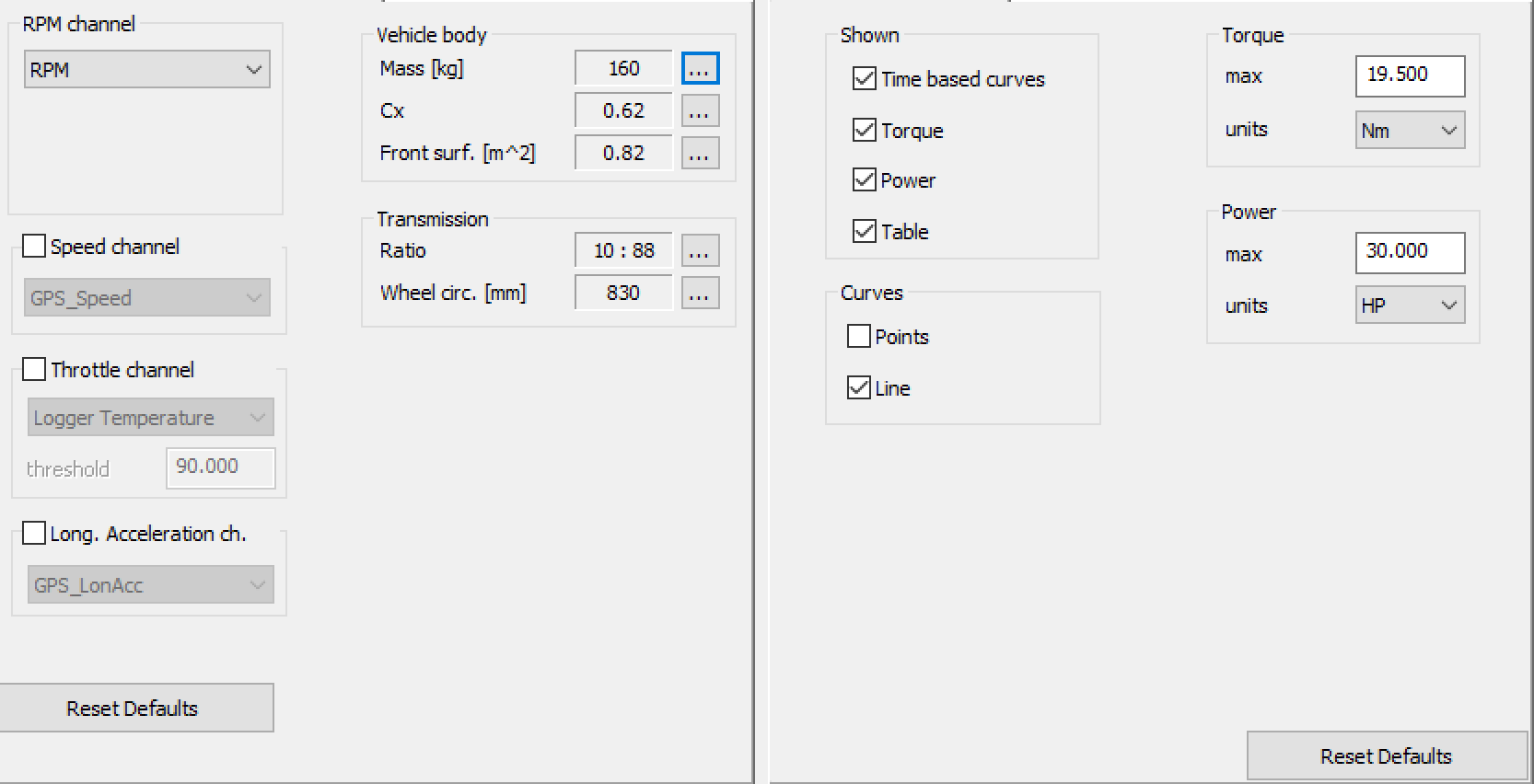 Not 100% sure it will solve your issue, but I have had issues before if the rpm cable or other telemetry cables are not mounted properly, where at certain RPMs the telemetry gets very strange and gives abnormal readings.

Ditto, have had the same issues. Secondary coil bounch can make them do weird stuff

Hey Colin, finally someone else that uses this feature. I find it to be really accurate on my rotax senior. I was able to see the effect of changing main jet on my engine from this feature. I also use it to see how consistent the engine is performing lap after lap.

Is it doing whats pictured there every single lap? Mine acts weird on some sessions but is fine in others but I too am unable to pin point exactly why.

Uncheck the time based curves, i find it easier to interpret whats going on when it gives an average curve each for hp and torque. This can be done by clicking on the settings in too right corner when on the engine analysis tab.

Can i ask what sort of peak hp you were seeing on your rotax senior when it was working properly?

Thanks for your reply @chris1388. Unfortunately I don’t have data from when I had my Rotax at hand, however I’ll let you know if I find them.

Unfortunately, this behaviour is happening across most laps, and the data is rather inconsistent between each lap. One thing that I have recently found to help, although is it still unreliable at times, is to wind the RPM wire along the entire length of the spark plug wire, rather than have it bunched up at the top near the plug.

Marin do you have any peak hp figures from the software you can share from rotax senior?

Really subjective, as the rolling/wind resistance factor in algorithm is a guess at best.
Really only good for comparing engines.