I’m building another rig. My current 1 has a M3 gold, so the M5 is a no-brainer, but I the new Alfano looks interesting. Anyone use/try one?

Only just arrived here in NZ.

Daniel bray is using them and so are a few others. Looked like they were popular at KZ world finals in Genk

They look good. Mychron is more popular over here, but Alfano also sells here, & I’ve seen a few at local club events. I think the best feedback will be pro v. con from end users.

The apps that Alfano have seem like a major plus. I’ve not seen an Alfano 6 but I’ve played briefly with an Evo 3 and a Mychron 5. That Alfano seemed to be easier to navigate to find a particular display set up etc. It’d be really interesting to hear what the feedback is though. I could definitely see the Alfano 6 being a viable upgrade in the future if it performs as advertised and the apps provide enough information for analysis.

1 difference that I’ve found, which may or may not matter, is the Mychron uses a removable battery, whereas the Alfano battery is integral. A removable unit seems preferable in the case it needs replacing, but I’m not sure what the odds are of failure occurring.

I was sponsored by Off Camber Data for a year, who does the data analysis software for the Alfano and Unipro. It was definately less mature than Race Studio 3 when I last used it, but it did most of the same functionality ok.

Personally, I perfer the Mychron5 and Race Studio because the majority of karters have them. It makes it much easier to share data between racers. It was super frustrating having a Unipro and having to jump through so many extra steps just to work with other racers.

The Mychron5 is just plug and play (Plus we did an entire data series for AIM to help them with Race Studio 3 that’s on YouTube, so it’s another tool to make adopting the Mychron5. )

Now from what I’ve heard Off Camber Data has integrated with Track Attack, which should have Mychron compatibility, but I’d pick the Mychron over the Alfano.

Personally, whatever more racers have around you, I’d recommend getting. Plus we can help on the forums with any data troubleshooting.

Honestly, the Mychron5 menus are pretty easy. It’s just that most people don’t spend the time to sit and play with it before they race.

I have enjoyed the parts of the video series I’ve managed to watch, and see great value in the Race Studio and Mychron 5 data analysis.

However, if you can get almost as much analysis from an app that I could view on a tablet at the track, at work, or wherever that would be very appealing.

I was amazed at how ‘archaic’ race studio felt to me when I tried to install it the other day. I didn’t manage to use it as I have a Mychron 4, but I was so surprised that the user interface felt like that. I am sure it functions better than it looks, but it neither looks pretty, or intuitive.

I really can’t argue with that, but I’m sure AIM is really looking for the functional ability vs the UI/UX.
For most people, just getting them to actually think about their data, is the biggest hurdle.

I thought I heard something about a race studio iOS app coming out this year, which I thought was strange considering race studio is strictly Windows currently; even if it just showed the track map, simple speed, and time delta graphs I think it would be really nice to have at the track. I suppose it’s not that hard to have the old laptop with me, but I’ve already got my phone in my hand

Does anyone have any info?

That would be cool! Hopefully they would do an Android version as well if they are going to the effort.

Wouldn’t make sense for them not to release a droid compatible app.

There’s usually a lot more development/testing required to compensate for the multitude of Android shapes, sizes and capabilities though.

I think when the possibility of a mobile app being available it was said it would be iOS only. 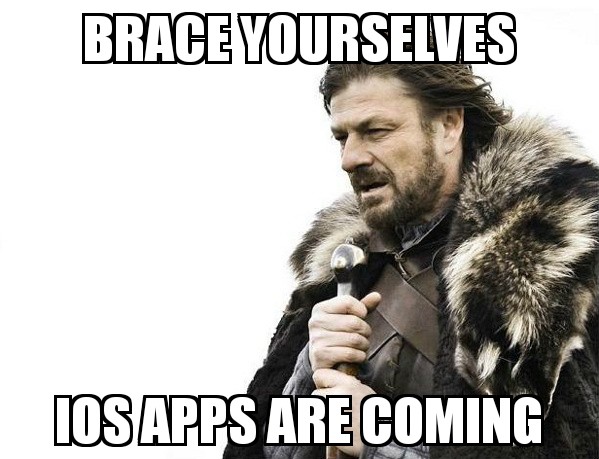 I’m a droid user, so looks like no joy for me on that front.

Xing my fingers for Mac compatibility, and not just mobile devices.

I’m going to go out on a limb and say MacOS is not going to happen. The number of iOS devices out in the wild is of order of magnitude more than MacOS.

Bootcamp, VMWare Paralells or Virtualbox are your best options right now. I know that’s not as intuitive as a native install, but it’s something.
Another option, an inexpensive Windows laptop. Race studio will run on practically anything in the last 15-20 years. I’m serious. I’ve run it on a CF27 toughbook from 1999 and it works just as it should.

I know, I know. I’m lazy [and a bit cheap]. Really, I’m just kicking myself and wishing i hadn’t got rid of all my old EFI-tuning laptops I had.

Yeah, but when netbooks can be gotten for less that $250 brand new, it’s not too hard to find a solution for this.