Has anyone tried the new Bengio bumper with velcro clasp yet?

I know the cinch clasp has been around forever and people rave about this rib vest. Do you think the velcro clasp improves upon a great design? 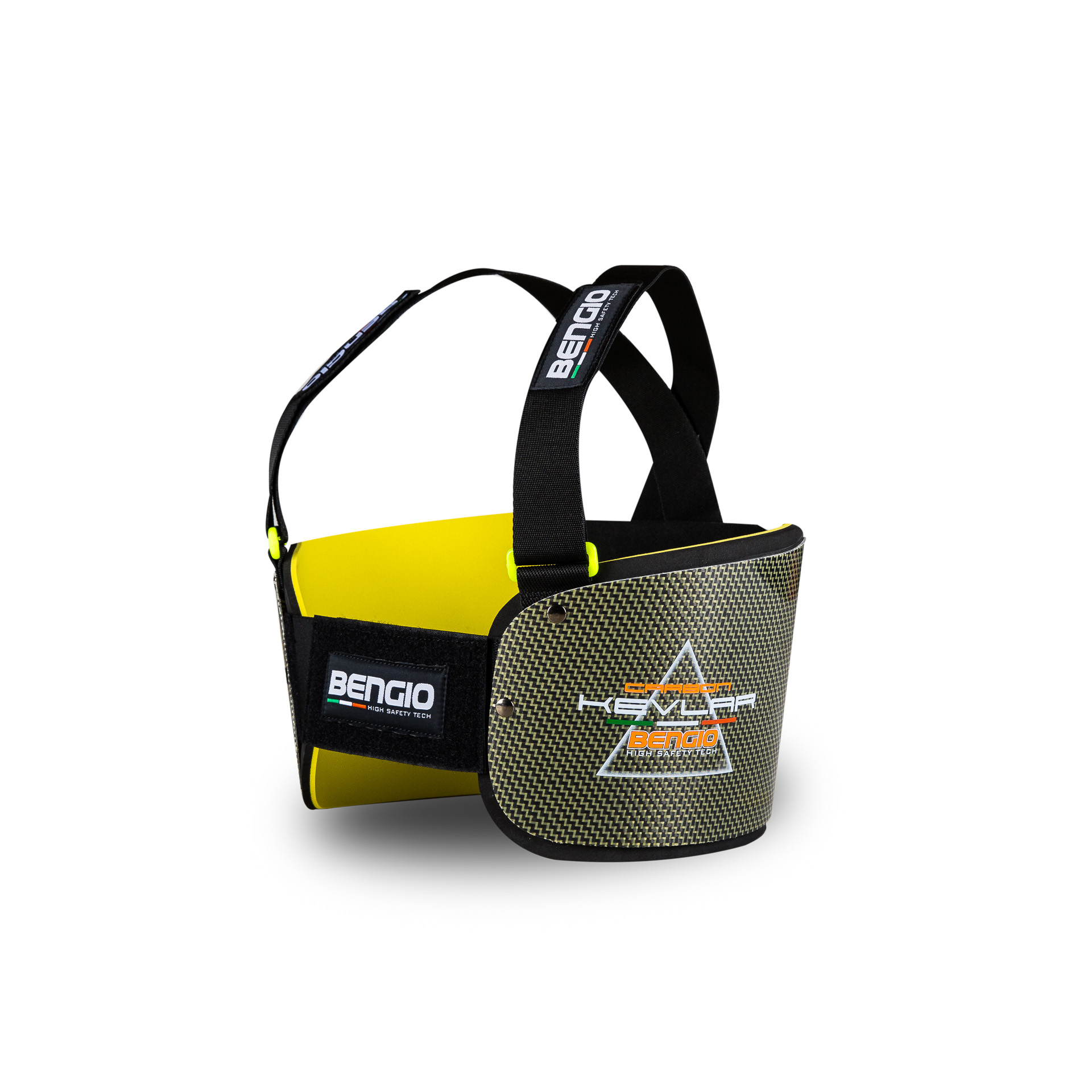 I need to buy a rib vest for the 2020 season - should I pickup a deal on the old clasp, or pay a premium and wait for the velcro clasp?

Anyone with the old style clasp, does it slip durimg a hard session?

Thanks for your input!

No experience with the new one but have had the old one for going on 5 years and haven’t had any issues with the cinch slipping.

Originally they had a clip (like in 2001). I’ve always had problems with the cinch slipping, maybe I notice it because I was always at the end of the strap anyway so it would pop off.

Of the two I’ve had the failure modes have been cracking the fiberglass due to an impact and one of the shoulder straps pulling out of the rivet on the back. The first one lasted 7 years of constant competition, the second one lasted 11 years but with much less racing (but a fatter driver).

My concern would be the velcro is going to lose its stick over time but it seems every rib protector uses velcro now.

there was an article on tkart.it by Bengio owner regarding fitting.

WHEN YOU TRY IT ON MAKE SURE YOU ARE SITTING DOWN.

People tend to buy a size too big whilst standing. Also make sure there is almost no space between you and your seat laterally.

WHEN YOU TRY IT ON MAKE SURE YOU ARE SITTING DOWN.

Particularly good advise if you have a bit of a gut. One year I’d worked real hard on fitness and found on the first day back in the kart I was still exhausted while driving.

Why? Rib vest was compressing my stomach while driving and restricting my breath.

Does anyone know what their return policy is? I’ve had mine for a year but its gotten too small. strap falls out during the race and rubs under my arms

Hi Jason,
This is Renee, from Bengio California we are an authorized reseller. The reason for the switch between the ring closure to the velcro is because:
The velcro doesn’t slip like the rings and is easier to adjust to fit better and between the velcro closure and the side there is a think piece of elastic that allows better movement and when you breath. The elastic allows your chest to getter bigger when you breath in.
Please let me know if you have any question and if you are looking for a bengio bumper, we do have them in stock.
Tel (805) 358-1328
Instagram bengio_california
Email : [email protected]
Regards
Renee

Do you know what size you need? I bought a carbon one last summer… Used about half the season. But I lost a bunch of weight and doesn’t fit snug anymore. Let me know if you’re interested.

P.S. I never had any issues with the clasp slipping or loosening.