I just purchased my first kart, CRG kart with a LO206, I fired it up and took a spin around the neighborhood and noticed a small amount of fuel leaking the black park where the fuel lines connect, need to know if this is a problem ?

Also around the clutch area pictured it was smoking when I stopped not sure what this indicates. A lot of smoke from the exhaust wrap as well. 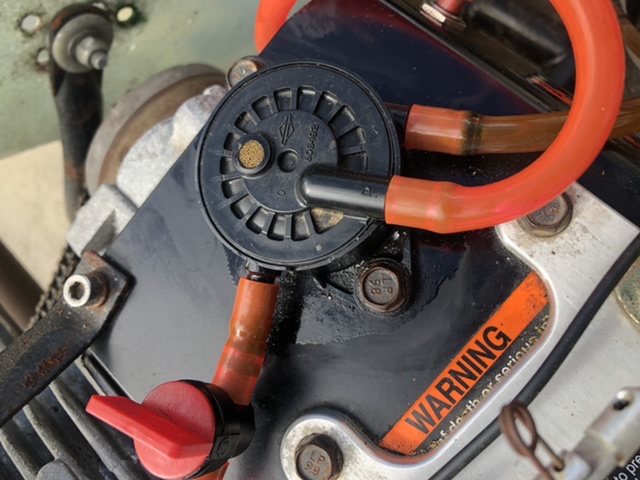 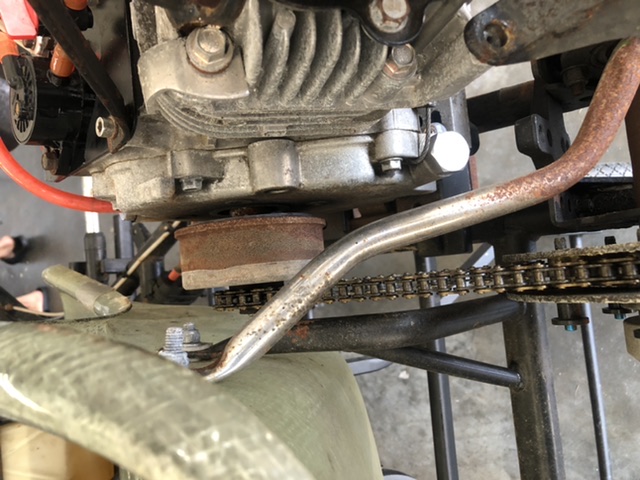 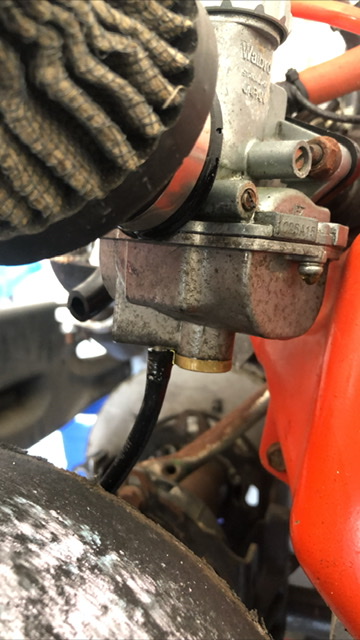 Congratulations on your purchase. Looks like it might be time for new fuel lines, and maybe a new fuel pump (the black part). Most tracks also will require the fuel lines to be tie banded or wired at all connections.

The smoke from the clutch if you are just putting around is normal, try to avoid it if you plan on racing with that clutch. Also it looks like it’s missing the chain guard, you’ll need that to race.

As for the exhaust wrap, does it possibly have some oil or grease on it?

Building off what Scott said, you really shouldn’t be taking your kart out around public roads. Not only is it dangerous and not at all legal, but going at such low speeds probably overheated your clutch, which isn’t good for it either.

For reference, the clutch engages up until about 25-30 MPH, gearing dependent. This means that, unless you’re breaking the speed limit driving around your neighborhood in a go-kart, you’re slipping your clutch the entire time you’re on the throttle. That will generate a lot of heat, which can burn up/lock the clutch eventually.

I agree with Scott’s guesses though. You probably need new fuel lines, fuel pump, and zip tie the any fuel line connections. You’ll want a chain guard for your clutch, and the exhaust wrap may have oil or something on it that, but it isn’t supposed to be smoking as far as I’m aware.

Thanks for the response, I ordered new lines and a new fuel pump. Not sure what type of chain guard I need.

Make sure you also replace the line drops into the tank if it’s brittle or stiff.
Also might be worth opening the fuel pump and clearing it of any oil residue.

I suspect the carb might need a cleanup too if it’s been laying a while. Drop the float chamber, have a look inside and see what the general condition\cleanliness is like. If there’s a bunch of gunk in there, consider rebuilding it. If not, keep running it for now.

You might want to have that Kart checked over by someone in your area. Two other things I notice on top of the clutch guard missing. You are missing a piece of engine tin that covers the top/ front of the cylinder head, and the idle screw looks turned in really far.

Thanks for the responses, the new fuel lines and pump stopped the leaking.

I was able to get up to full speed no clutch smoke. But the exhaust wrap was still smoking quite a bit after stopping. 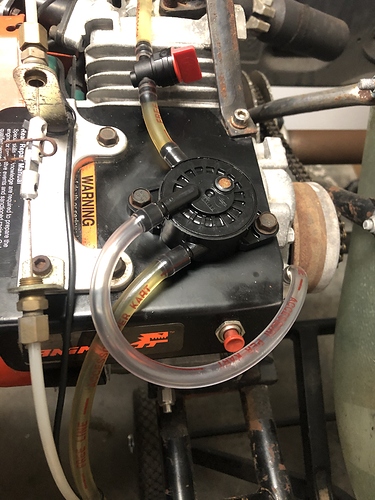 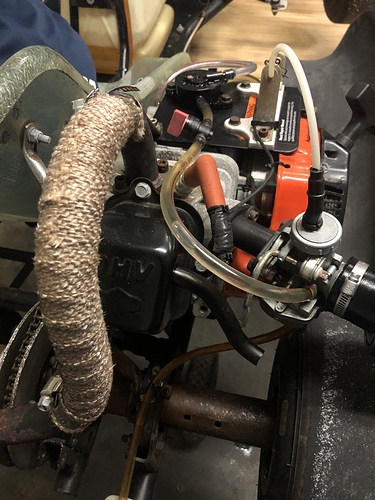 Hey Mike, couple of things. The idle speed is 1750 ±50 when you say it starts out there and then drops down, will it die? If you blip the throttle does it go back to normal and then try to die again? Did you use choke to start it cold?
The carbs on these are pretty simple, but a normal 206 carb has to have choke to start, one pull, immediately off with choke and keep running with real light throttle inputs untill there is a bit of heat in things, then it should be able to idle at 1750 with the idle mixture screw baselined at 1.75 turns out from full seat.
If that’s not working, you might have a plugged pilot circuit, float to high, or a vacuum leak in the o- ring between carb to manifold. I took this carb off a motor that was sold by a shop “ready to race” 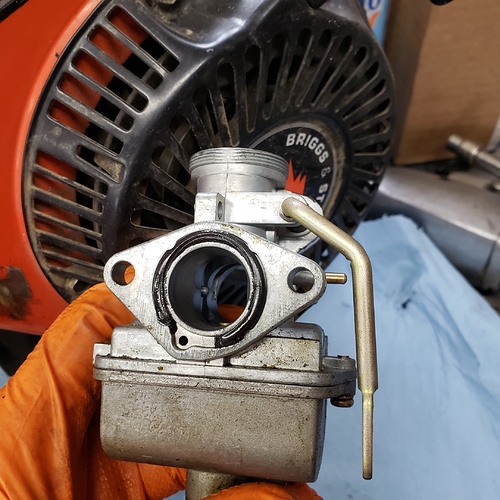 I’m still nervous for you not having a chain guard. Also I think it’s been mentioned before, not as critical but will be needed for racing and to be legal is the sheet metal around the cylinder head. 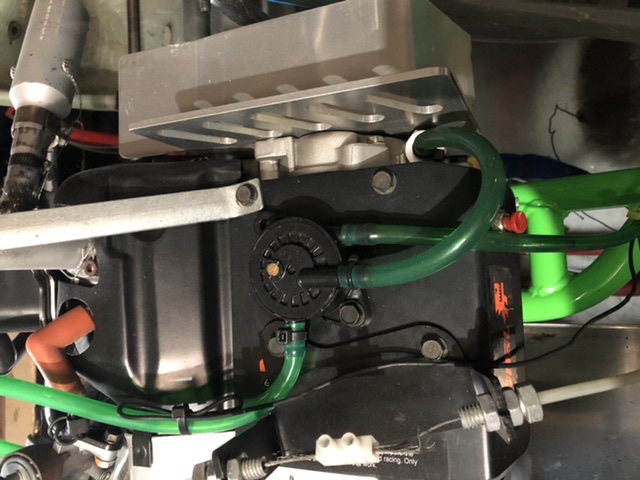 Thanks Ill looking into purchasing one before the tracks open back up.