Interesting. So OK but a little more semi-pro for national racing. Like KZ2 and KZ somewhat.

Not the worst idea honestly. Based on current engines but with the aim of limiting cost. All sounds good in theory.

I guess I don’t see where the savings are at. Sealed engines? Article only says downsized. So smaller displacement? Looks like limited to one engine per race weekend. Regular OK racing they can swap an engine during a race weekend?

I would expect a lower RPM limit, maybe a larger combustion chamber volume and squish.

Snr OK are supposed to push out 40+ HP. If they could “detune” it to 35ish through an open set of regulations (i.e. you can still tune it but within a specification), get the price down to X30 prices and get the run time up so it measured in hours instead of minutes, then they might get somewhere.

But probably not in the US lol.

I assuming this will be a multi-make category so unlikely.

I can’t blame the FIA for trying something. The power valve needs to go tho. The problem with the long hours on engine thing, is KF3 and OK-J are pretty good on that front already, so that might not convert people. It’s whether you can convince people to move into a multi-make environment. They get burned quickly, they never return, not in single-gear anyway.

I guess it makes rational sense, but not sure it makes practical sense.

It’s no secret that “National” events put on by CIK/FIA ASNs have a dearth of interest and entries. I’m not sure if the UK (Arguably the home of F1) even has an OK class at this point.

So I guess the thought here is that more folks might attend these national events if there’s a “lite” form of OK.

I don’t think that’s going to be enough to convince people, but time will tell.

Massa is out then?

Ha, I didn’t know that either.

I also noticed that Keith Freber (i.e. Margay) is the ACCUS representative on the CIK Commission.

Massa is out then?

They had participation medals in 2000 when I started on the Euro scene. Admittedly back then you had to qualify at the national level, qualify in a regional event (western, northern and southern euros i think) before getting to the final event, so you’d somewhat achieved something getting there at all.

The power valve needs to go tho.

Curious as to why you think we need to ditch the power valve?

Curious as to why you think we need to ditch the power valve?

It’s an unwelcome and unnecessary area of development. It’s pointless. Kart engines in multi-make classes don’t need it. In classes like rotax, fine, they work, but that’s all very strictly controlled and performance parameters set.

You add complexity to multi-make kart engines and it’s a recipe for disaster. FIA classes couldn’t even handle clutches.

Question; how does this all come about?

Do the biggest teams hold secret meetings with Iame and discuss what they’d be interested in running?

I can’t imagine iame et al just design a new kart engine and throw it out there?

Committees with pressure from manufacturers, sometimes lots of pressure.

I’m guessing it’s similar to the current environment around midget engines. You gotta know the right guy that’s gonna get you a hot engine. For awhile is was the Colbalt engine, then the Mopar engine, next the TRD. It’s alot of money, time, and connections chasing HP.

Question; how does this all come about?

Do the biggest teams hold secret meetings with Iame and discuss what they’d be interested in running?

I can’t imagine iame et al just design a new kart engine and throw it out there?

NIk G can correct me if I am wrong here but here goes.

In 2000 the FIA wanted to go 4-stroke (I think under the direction of Mosely iirc). They announced K1, K2, K3 and K4. Companies like Suter ended up developing engines like the vampire (and were VERY angry when it was cancelled). The traditional manufacturers, thank god, who are mainly 2-stroke seemed to have done well to persuade the CIK to not go 4-stroke. I don’t know exactly what happened. Vortex announced a 4-stroke iirc actually.

However, as the mess had been started we ended up with KF1/2/3/4 in 2007. A formula which for all intents and purposes was basically taking a Rotax and saying "right, this is the base technical concept, build your own and we’ll race them against each other. It was a disaster… obviously.

You have to bare in mind that historically the FIA classes dominated karting. 100cc (which is a generic term we used to describe the FIA 100cc classes and their derivatives) went ubiquitous right to club level until around the 90s when things started going a bit ‘spec’. So we had 100cc up until 2006 with the only major changing being the move to water cooling around 2000 time. There was plenty of 100cc national grids about, though they weren’t immune from Rotax etc… taking grids.

Anyway, KF turned into OK and basically the FIA has witnessed their formulas being ubiquitous around the world to pretty much being exclusively the big European championship events. So from a historical perspective it’s perfectly legitimate for them to say “how do we gain some oft he national market share back”.

It doesn’t really require any secret meetings as such, though the manufacturers will be consulted. It’s perfectly normal really. It’s not a ‘new thing’. It’s them trying to figure out how to get some old back

Committees with pressure from manufacturers, sometimes lots of pressure.

I don’t think it would be pressure form manufacturers in this case, though I may be wrong. IAME, Vortex and TM have sufficient market share that a splattering of national grids isn’t going to be a make or break issue for them, though I guess UAME and Vortex are looking at Rotax coming back strong with a concerned eye.

This seems like a legitimate effort from the FIA to gain back lost ground. I don’t think they appreciate their lost influence on karting.

The powervalve does add almost 10 hp to an OK over an OKJ, though, and with a good athlete weighing 180 lbs instead of 140 these days that’s a useful power increase. I’d rather have it and increased combustion chamber volume to allow 95 RON / 91 AKI fuel to be used than to have a high-compression non-powervalve engine.

It seems that in terms of manufacturer representation on the committee, its only OTK and Sodi, both of whom have quite a large influence in karting.

I actually don’t think the manufacturers are that interested anymore from a commercial point of view, its a prestige thing now (FIA karting that is). IAME, Vortex, Rotax could all exist without FIA karting in their own series. TM have plenty of interests outside of the karting. And the others in OK are too small to matter.

Had to google KZ, as I know nothing about 2 stroke stuff. 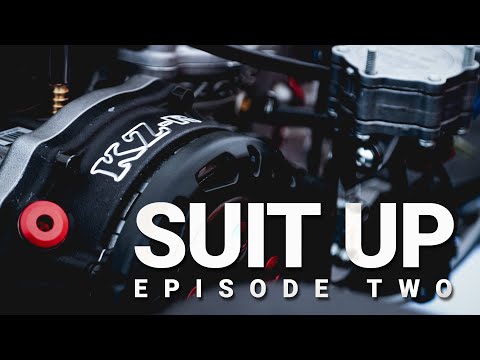 The powervalve does add almost 10 hp to an OK over an OKJ, though, and with a good athlete weighing 180 lbs instead of 140 these days that’s a useful power increase. I’d rather have it and increased combustion chamber volume to allow 95 RON / 91 AKI fuel to be used than to have a high-compression non-powervalve engine.

OK senior doesn’t exist though. As a concept it’s a failure. Remove F1 from the equation and who is racing it right now as a truly independent driver/team? Very very few I’d take a punt. People like them when they buy them, on eBay for 500 quid, but beyond that they don’t function well as a singular class concept.

My theory has always been the multi-manufacture classes, particularly 2-stroke, need to be free from complexity to be even remotely viable. Development is awesome, but at the same time the market of buyers functions in a way that any big steps repel massively. There’s a balance that needs ot be struck. 100cc is a relatively easy sell, OK and the like are not.

If the FIA remove the powervalve, this COULD have a slight chance at success.