Has anyone heard about this new Go Kart specific engine from Harbor Freight? Not wanting one yet, unless to toy with, just curious to what everyone’s opinions on here is towards it. Retails $299.99 and an additional $149.99 for air filter, exhaust, fuel pump etc. So roughly 450 when you can actually turn it on.

“After 3 practice sessions the Ghost and 206 seem to be same engines. 50 laps at MCC and neither of us can gain more than 5 or 6 kart advantage. We both passed each other. Best lap times are almost identical. No issues with it so far.”
-Scott Monison

Scott wrote that this am on our discord.

Wow lol. I thought architecturally they look nearly identical but I don’t think they come sealed do they?

No they’re not sealed. I think the biggest question mark is parity/tolerances between them, I haven’t seen anything regarding that yet. Although I have seen some tech people from AKRA trying to find out more about them

Mostly looks like they are being snapped up by mini bike enthusiasts so far.

I think this motor is more targeted at Dirt TBH.

Devils advocate… why not? 500 bucks seems like a friendly price point. The Unsealed part?

Because where does this compete? Does it undercut 206 and then we have fields full of cheaply built “Clone 2.0” motors? Or does it dilute the 206 program and split into its own class? Are parts interchangeable with 206 stuff? If not, is there a parts support network for these? And will builders and racers have to invest in a whole trailer full of new spare parts? And it isn’t sealed.

I agree James that parity would be the main concern. But I’ll echo what we say every time a new engine comes out, and note that the last thing karting needs is another class or engine package. 206 is probably the best thing to happen to entry-level karting in a long time. It’s been a great success. If it ain’t broke…

Do I need to go further?

Well yeah but if folks had to ask about making new engine types no one would ever make 'em. This doesn’t add anything new to the mix but it does add “cheep”.

Bunch of these on older race chassis and we have a league of “speedy karts”. I could totally see this as the engine for a league at a rental place or similar.

The Ghost could be a bit of a false economy compared to the 206 for competition. I’m not even sure if the package is targeted as such. Seems to have been kinda lobbed onto the market to see what happens.

Really there’s only about $200 difference by the time you’re on the track with the needed clutch, mount, chain guard etc.

Racers tend to overlook these things and just look at engine specs, and I think that’s a mistake.

That’s not really a reason though. You could put any brand in there you like. Some would even put Briggs there.

For those looking to learn more, here’s some info and links:

It's no longer a rumor. https://www.harborfreight.com/brands/predator/engines/212cc-ghost-ohv-horizontal-shaft-kart-racing-engine-57531.html Looks like the Ducar 212 and Tillotson 212E with a PZ-20 Carburetor. We've heard it's been tested with a rev...

A group made to share knowledge and modifications on the Predator ghost 212cc.

Dyno numbers from Gary Costanza. I think he’s going to do same with a 206 for comparison.
[email protected] , 13.79ft lb @ 4400 (The torque seems to fall off a cliff pretty fast though)

“Nice little motor . No issues out of the box . Idled down to 1300 and ran rich thru out the pull . Well tuned little carb. Out of the box the Ghost’s carb is tuned very good . As I dumped the throttle , the mix got richer . Thats what everybody whats their carb to do . When they go lean , then pickup , that gives you the dreaded “Bog” . I really can’t pickup much from this in fine tuning” 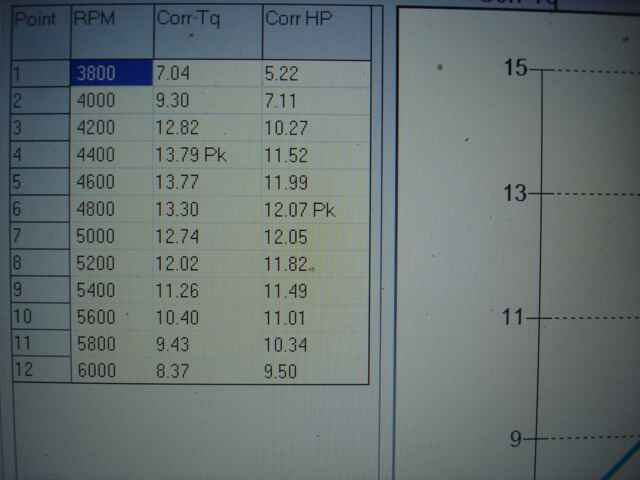 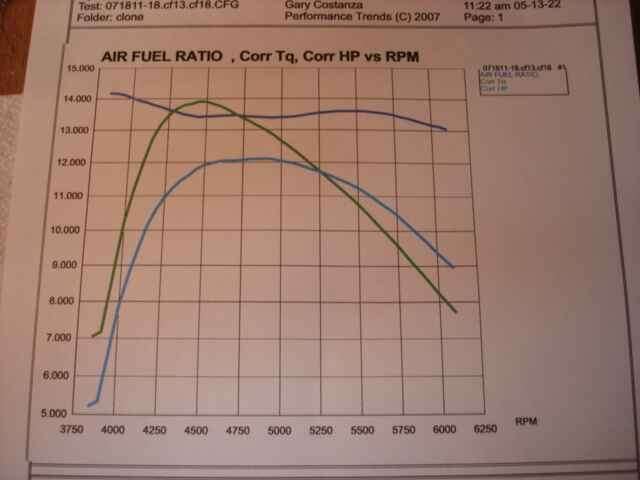 On the topic of parity… here’s one concern which is the 6200RPM limit on the coil, but take what you will from a facebook comment without more information… 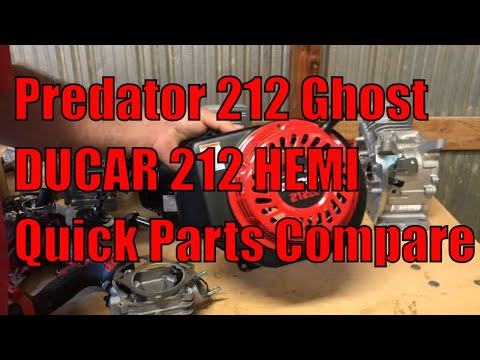 Here’s a break down of the internals.

I think the biggest thing we need is some data on parity/tolerances.

I haven’t seen much (read:anything) published yet, other than the remark about the rev limited coils above …

which if true kinda sinks the idea of it being an alternative to a 206 if there’s a peak RPM variance of up to 600RPM.

Anyone who was (or is still) around the clones will tell you an unsealed bottom end 4 cycle is not the road you want to go down. Your $550 engine will quickly become a $1500 engine. It becomes who has the part of the month or trick of the month. Look at any discussion on clones or predators (this is just a predator engine). They all started with the same intentions and devolved into something awful.

Maybe a good choice to replace a WF motor?

I know we are probably the only few tracks in US race WF. With its price, hp and reliability, this might be a good choice for somebody want little bit more HP.

I think I’d lean towards Tillotson for that use case since it has an established rule set with a spec clutch and parity is a known quantity.

We’re still in wild Wild West territory with the Ghost at this point.

Or a four stoke shifter

. Hoping to mine out to SKC shortly. It’ll have a ruleset once the parts BOM is figured out.

Maybe a good choice to replace a WF motor?

Jimbo’s Super Stock for this.