Met a new friend here, a Japanese guy called Kanji, who used to race in California for decades. He returned to Japan last year. I happened to be chatting with his wife at a kid’s social event and she mentioned him being a car guy. I am too. We met and hit it off right away; long story short - he offered to give me a cart, which planted a seed. I got interested…

I’ve kinda done things the opposite way to usual. I’m 52, and starting about 23 years ago, I’ve built, drifted, time attacked and endurance raced cars in Japan for fun, found that cost far too much time and money when we started having kids, and leaving my family home on weekends wasn’t fair, so I gave it all up 10 years ago and thought my racing days were done.

Our youngest just turned 9, and also loves cars, so I bought him an old Tony Cadet cart for his birthday, which together we stripped and rebuilt. Going to the track with it tomorrow, so he can spend a day practicing, withoout lots of faster drivers sharing the circuit. 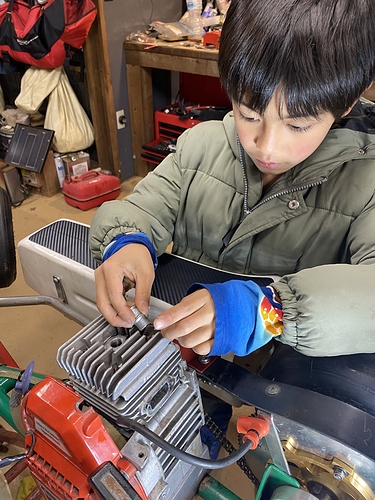 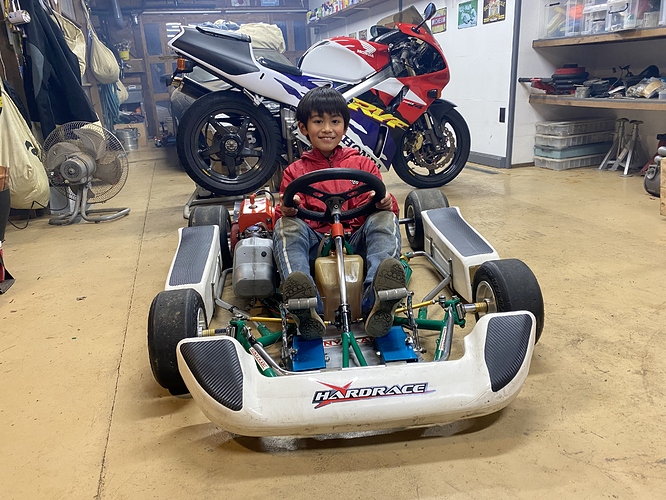 Another local Japanese car nut friend kindly gave me his old 32mm framed Kosmic cart, with a direct drive PRD RK100 engine. Perfect, as I just wanted to try it out, learn lots and get up to some decent speed, before investing much money. Rebuilt it, then testing driving on a track - cracked a rib, whilst cornering and hitting a very mild bump. Still, I got hooked.
Don’t laugh!!! Lesson 1 learnt : get a good protector, not a cheap OMP one. Now I’m almost 100% healed! 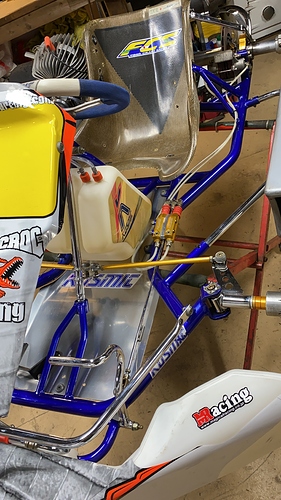 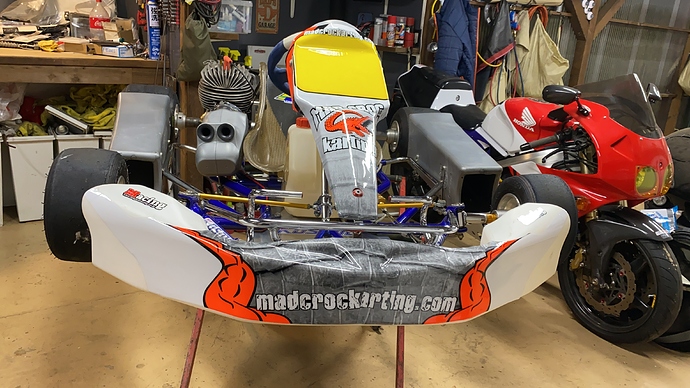 Bought a used Komet Panther engine (similar to a Iame KA100, but 120cc) last week. It’s in good shape. Took the head off, still a few piston sizes to go before it may need a new barrel.
No more push-starting. Should last me the year.

My Jaanese friend Kanji San has been great, sharing lots of tips and tricks for cart tuning. Came to help me push start the PRD engine for a day. Super cool dude, helping out novices. I hope to do the same for others, when I’m experienced in a few years.

Was funny the first time I drove a 2-stroke rental cart (Rotax Max engine’d Birel, on some low grip Chinese tires). Said I was fighting it, sliding everywhere. And I thought I was doing great, hahaha LOL. I didn’t realize modern carts aren’t actually supposed to be slid. He did say he could see I have no fear, though, and laughed - apparently no fear as a beginner is a good thing.
Now I’ll have to learn all the cart driving tricks and get LOTS of practice, so I can help coach our son, who does have (healthy) fear!

Hopefully within a year, I’ll have learnt enough and be reasonably quick, to move on from this old Kosmic cart, onto a newer one. And my son, to a newer Tony or Kosmic Kadet too, so we can both get started racing.

Mostly though, just up for having a lot of fun with my son. We’re both keen.

Thanks for the welcome! I’m very new to karting, just rebuilt an '08 Birel chassis with a LO206 on it. Took it to the track twice so far, and it was an absolute blast. I have no idea what I’m doing with kart driving and tuning, but having a good time nonetheless. I’ve been racing cars for 15+ years, mostly rally, hillclimb and road course (scca). My current race car is a Formula Mazda. I can certainly see how time in the kart will translate to the car. I love data analysis and have been using a Mychron5 on the kart, and the MXL in the Mazda. Lots to learn! Thanks for having this forum as an excellent resource. Hope to meet some fellow racers in Colorado.