I picked up two tag karts last weekend one is a crg, the other is a Birel. Both have the older Iame leopard motor from what I’ve read. The crg is clean and runs, the birel is in rougher shape. The clutch is blown out and since it came with an extra motor, that is supposedly good, I decided to swap them out. Also because the spare has a starter and the iame power pack. If I use the wiring from the power pack it appears that I won’t use any of the existing chassis wiring as the power pack and the motor match up with a different type of wiring harness. I am not getting it to turn over +with the power pack even though i have 12v to the starter when I hit the start button. Does anyone run a power pack on their tag? Also how many different types of wiring harnesses came one the iame tag? Are there adapters between different harnesses? If the onboard starter isn’t worth messing with i need to adapt the old harness to the new engine.+ Thanks for any info!

First thing: when were the engines last rebuilt?

I have no idea. I get the feeling the guy we bought these from rode them until he lost interest without a lot of maintenance. I believe the previous owner to him was a serious kart guy as I have set up notes amongst other organized documentation.

I have the later gen IAME Leopard (MY09). The two biggest changes are the wire harness and the third bearing on the side of the clutch cover. There are some more, but these will be easiest to spot which one you have and which one you are going to.
The “07 Leopard”: 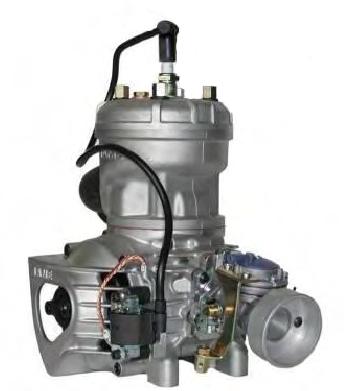 Notice how the side cover is open and the end of the crankshaft is unsupported. 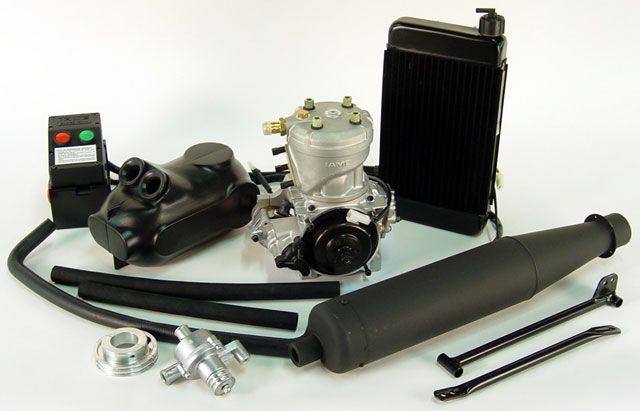 The older style uses a start/stop box mounted on top of the battery. 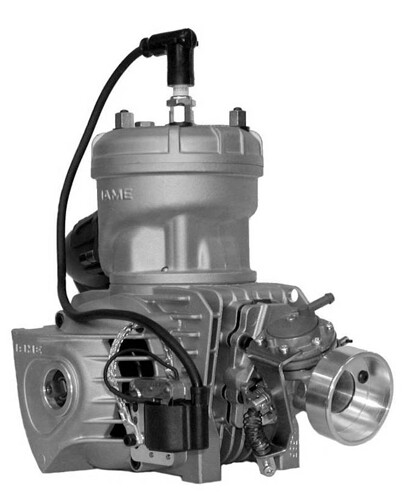 Leopard MY09662×816 80 KB
The side cover is more closed off and houses a third bearing to support the end of the crankshaft past the clutch. The crank has a different end to pass through the bearing. 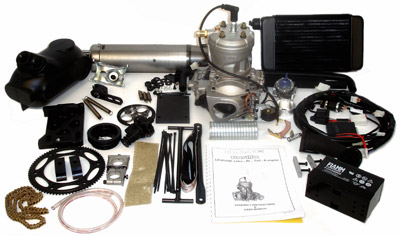 Its hard to see in this photo, but the electronics are now components, rather that combined in the box. Makes it easier to repair if something stops working (and it will).

If you can, I would stick with the newer style. It will be easier to fix something when it breaks. The third bearing adds longevity to the crank as well. Your biggest challenge will be finding a NEW clutch. IAME changed the clutch design shortly after the X30 came out. Original Leopard clutches bolted to the flywheel from the engine side. Those are discontinued. To purchase a new one, you will also have to purchase a new flywheel/ring gear compatible with the updated clutch. If that is all that’s wrong with it, then it may be more cost effective to repair it and save the other engine as a backup for you or your brother. It will be easier to keep spares it you both are running the same engine.

Talking with the guys at CometKartSales.com, the KA100 ring gear is compatible with the leopard crank and the updated clutch shoe. While you are at it, I would check the drive sprocket on the clutch bell. If the teeth show signs of hooking from wear, replace the drive gear. If the inside of the clutch bell is gouged, replace it. Best to start fresh while you are in there.

If you have any questions or need help let me know.

Thanks for the info! Based on the pics you provided, the three motors I have are the old style. However the spare that came with the power pack has a different wiring harnes. The clutch being discontinued is concerning. I have spares but they are all used and would be an emergency only type of thing.

I will call comet to see exactly what parts are needed from the kt because I need at best one clutch now. Thanks again.

Gregg, do you know if they upgraded the wiring harness on the old leopard before the x30? This would explain why the existing wiring harness is different on the karts than the old style power pack. Karts have a three position key, and one has wiring for a battery.

I think they switched the 07 over to the key switch set up prior to the release of the MY09 (not very familiar with it). Looking at the harnesses on the Comet website, it looks like the major difference is at the stator. The old style had a two plug setup where the newer key start has a wider single plug on the stator. They then changed it from a single white plug to a single purple plug (same as on the X30). You may be able to swap the stator and rotor over to the spare motor and reuse the existing harness already on the kart.

Make sure the coil pack is grounded with the copper braided wire to the engine block.

Is there a way to just throw money at this problem, out of curiousity? Could you send it somewhere and get it modernized?

I’m sure I could do that, however I’m not ready yet. I just started working on it and learned a lot so far.

Greg, that would make sense based on what I’ve got going on.

Is there a way to just throw money at this problem, out of curiousity? Could you send it somewhere and get it modernized?

Not in the sense of making it as competitive as say an X30, RoK GP or Max Evo that are putting out closer to 30+ Hp (all of them have Balance Shafts and Bigger Carbs). In stock form, I think it peaks out at around 27 Hp. Thing is with the TaG classes, they restrict modifications and offset engine differences with total weight.

For me weighing over 200 lbs puts me at a disadvantage in a lower horse motor, because I cannot get down to the minimum weight for the Leopard. The other engines have a 10 to 20 lb penalty over it. So if you are 160 lbs or less, you can be competitive in a leopard against the others or just not worry about it and focus on learning to drive the feisty little thing.

So tonight I took the magneto off the old motor and put it on the spare. That was the difference in the wiring harness. She started up with a quick spin on the starter box. Good spare motor! I’m happy with that at the moment and can’t wait to go shake them down at the track. So far so good.

This may be a silly question, but did the previous owner tell how many hours the motor had on it (top and bottom)? If its fresh, you may need to break it in, if its more than 8 hours you may want it gone through. Starting out, it does not need to be a rocket, but if its nearing the end of a service cycle you don’t want to over shoot it and risk something breaking. That goes for all three of the engines.

This article will give you some insight on how to tune the carburetor:
https://srsengines.com/technical-library/tag-kart-engines/srs-parilla-leopard-carb-settings

I have no way to know for sure. He said the spare was a rebuild that he never used. I will treat it as such.

Greg do you know if aside from the crankshaft bearing if most other parts are interchangeable between the 07 and my09? Specifically the starter. Also, how do you start you’re kart? Do you use and on-board starter?

I am not really sure. What I suggest is using a site like Comet Kart Sales that lists OEM part numbers with there parts list and jump between those common items and those that are not. If the part number is the same, its universal, if not, its not. As far as Starters go, it is actually pretty universal between many models as well as makes. I think IAME uses the same starter motor for the 07, MY09 and the X30 as well as the Rotax FR125 and Max Evo. The starters are pretty durable except for the brushes. They tend to wear or break the copper lead that feeds them. Fortunately its an easy fix and will need to be done every season or two depending on usage.