No more pushback for skusa?

Oh there’s no doubt a standing start is gonna be cleaner! End of day, it’s still a bunch of amped folks competing. It’s gonna get messy, regardless. Nature finds a way.

The local kart shop will love this with lots of new clutches purchased as a result!

Enduro kart races used to implement a single file through the 1st corner with cones. Cones were pulled after one lap. It seemed to work but it was a 1 hour race, so there was plenty of time to overcome any starting deficiencies.

All sound rather depressing if you ask me.

The local kart shop will love this with lots of new clutches purchased as a result!

I wouldn’t think so. No real difference than when you start off from the grid from a full stop.

Standing starts in single-speed classes isn’t feasible. And all it does it move the accident to turn 2 instead of turn 1, and you’d have to tech clutches and cheating off the line more aggressively.

Single file starts doesn’t change anything because everyone will dart out of line as soon as the flag drops anyway.

PBB created a direct penalty the moment a mistake was made. It wasn’t perfect by any means but it undoubtedly made the racing cleaner.

I don’t mean to come off as condescending but until you’ve actually started mid-pack in an X30 race at a Pro Tour/USPKS or similar caliber event, you’re not really grasping the root of the issue; which is that drivers of this level will go to the extreme of what’s allowed until they are penalized for it. The contact and aggressive driving in these fields is different than what you see at a club race.

The only way to curb it is to penalize harshly. If they can do that without the bumpers, something they failed to do before PBB was introduced, then I’m cool with it. They had video review systems previously too.

The only way to curb it is to penalize harshly.

Very true! There is not likely a perfect solution, but any solution that is affective is better than none. I am not likely to join the ranks of pro-karting any time soon. It seems that at most of the National Events, there biggest challenge stems more from the Field Sizes than anything else. I recall @Ryan_Norberg taking about this in one the Kart Chaser videos. @XanderClements, you have been around the paddocks at most of these races. What are you hearing from the drivers as suggestions to reduce the aggressive habits on track? PBB were helping, but you also had folks hip checking instead to avoid the PBB penalty.

From what I gather from recent conversations on pro level kart racing, which I’m not a part of, is that push back bumpers are more of a critical topic amongst the shifter kart classes whereby the speeds and point and squirt nature of shifter kart racing increases the risk of a penalty. Does Skusa actually want to ban the pushback from the single speed classes, now?

I don’t mean to come off as condescending but until you’ve actually started mid-pack in an X30 race at a Pro Tour/USPKS or similar caliber event, you’re not really grasping the root of the issue; 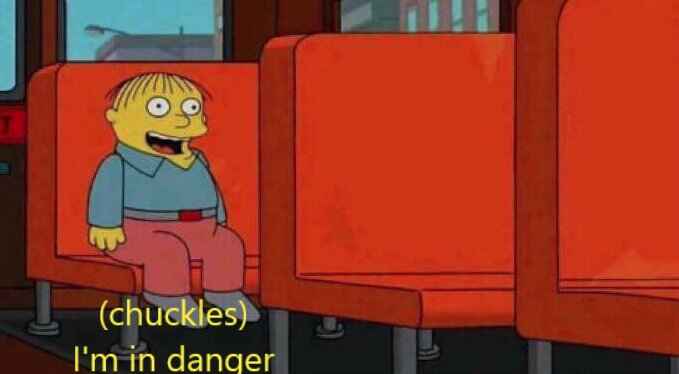 How will you review 40 karts running into each other simultaneously?

I’m just an observer here as I don’t see myself competing at that level. I have always wondered why there are so many karts in one race? In R/C and circle track the lettered mains are used with the possibility of a transfer to the next race. I believe this is mostly done out of the reality that only so many vehicles can safely run at the same time. I don’t believe this is used in any form of sprint karts or road racing for that matter. Now, this wouldn’t fix the issue of over-aggressive driving but with fewer karts to police, the race organizers would have a better chance of getting the right call and with fewer karts there are fewer karts to collide as well.

The whole point of karts is having big grids and close racing. I can’t say I agree with the complete neutering and sanitisation of karting in this kind of fashion. I know its a suggestion made with the best intentions, but the ideas of reducing grids because the starts are a bit too hard to officiate makes me a bit queezy as does standing starts etc…

I am far from a fan of modern karting (I do need to face reality at some point and accept that and stop talking about it haha), and I severely dislike the push backs, but they kind of happen to work within the framework of modern karting, if you sign up to it. By modern karting I mean full plastics for anyone confused.

The other issue with lettered mains is tire disadvantage. Running the alphabet is impossible in karting without new tires. New tires is an unfair advantage. Just my .02

Also too many classes and too little time to break up grids further. Larger classes give everyone somebody to race against, otherwise the talent spread would be too wide to make it fun for most.

Racers gonna race, but one thing I love about SKUSA is they take risks and go against the grain on some things.

At the moment, it sounds like SKUSA is trying it for the Winter Tour, and depending on how that goes will determine the Pro Tour and their rule book. We’ve been running in the Texas Sprint Race Series, which is a regional series of SKUSA, and we haven’t been running the PBB. Without them, this year in the KA100 Sr class, at almost every round there was a pile up in at least 2 starts of the weekend (total starts when heat groups and the main are considered). Most of that was because they allowed the speed at the start to be too quick and the group wasn’t really bunched together. In the KA100 Jr class, in a typical race, I would see almost half the field running around with their bumpers all collapsed and dented in.

@XanderClements, you have been around the paddocks at most of these races. What are you hearing from the drivers as suggestions to reduce the aggressive habits on track? PBB were helping, but you also had folks hip checking instead to avoid the PBB penalty.

So, most guys at this point have been pretty annoyed by it. But a good racer, or even athlete for that matter, has a short memory. In this case, they’ve probably forgotten how sketchy starts were before PBB.

The one thing the drivers miss that PBB has taken away is the on-track ‘unspoken code’ enforcement. Where if a driver low-lines and blocks on lap 2 for 14th, he used to get punted. Now, he doesn’t, and then everyone has to block on lap 2 for 14th because if you don’t do it, someone else will.

So removing the PBB will bring that back. And I am all for drivers settling grievances amongst themselves. But, the starts need to be policed with heavy malice for either pushing or not leaving space – like a 5 or 10 second penalty if you do not show daylight between your front bumper and the next driver’s rear bumper before the green. Beyond the starts, the racing isn’t changed a ton, so I don’t think you’ll see a drastic shift.

Definitely going to be interesting to see how it goes!

Michael brings a good point. A lot of these issues can come from the starting location being too far away from the first braking zone. It’s not the only cause, but moving the start location further towards turn 1 could help reduce the issues. The SKUSA video system can also be very useful, the only problems I can see would be that 1) it takes very long to video review all the incidents in a race and determine penalties, and 2) the driving standards may still get worse when drivers don’t have the constant reminder of the push back right there in front of them.

I think a solution to the second point could be to keep the push back bumpers but not enforce a hard rule immediately, along with the video review system. You come in with a push back once? Eh, shit happens, and if you caused an issue then the video review will have caught it anyways. Second bumper, well it’s looking worse but running in the mid-pack could do that. Three push backs in a weekend? Then you get a time penalty based on how many brackets you’ve pushed back on the weekend. Only 1 side each time, 3 second penalty. 4 races pushed back totalling 5 brackets, 5 second penalty. Even if none of them are your fault, it will still encourage drivers to drive more defensively to not get into incidents where their bumper is pushed back. I figure every race session: qualifying, pre-finals, and finals, would be counted. It keeps the reminder there not to get too aggressive in a race, but also allows for some flexibility in the case of unfortunate luck, and the video review system should penalize specific incidents, while the pushbacks would be more damaging to repeat offenders.

I have nothing for the first concern except for throwing more people in video review to look at multiple incidents at the same time, taking less total time to get official results in.

The one thing the drivers miss that PBB has taken away is the on-track ‘unspoken code’ enforcement. Where if a driver low-lines and blocks on lap 2 for 14th, he used to get punted. Now, he doesn’t, and then everyone has to block on lap 2 for 14th because if you don’t do it, someone else will.

Trying not to give too much away, this is kind of how we see it on the officiating end too (at least at Rok). If you white line one corner and get moved, it’s one thing, but if you’re doing it the whole way around the track, then we try to let the drivers sort it out. (Please don’t punt the next kid that defends under the assumption you won’t get a penalty now

We never ran PBB for the shifters over at Rok Cup either. Those guys seem to get through just fine, but I’m not sure pulling them off the single-speed classes is the play. I used to detest the system, but I can’t deny how much better the starts are.

I don’t mean to come off as condescending but until you’ve actually started mid-pack in an X30 race at a Pro Tour/USPKS or similar caliber event, you’re not really grasping the root of the issue; which is that drivers of this level will go to the extreme of what’s allowed until they are penalized for it.

I’m inquiring about the motivation beyond a simple competitive desire to win. Seems the reward pales next to the cost, but then, it’s their money & not mine, & valuation is obviously relative. Also obviously, money isn’t everything.

I suppose financial penalties could provide a disincentive, but that’s double-edged, & would probably reduce participation.