Admin Note: I’m reposting the Kartpulse Series ‘Old Dog, Old Tricks’ written by Kartpulse Contributor, Greg Wright in a series of psots on the forums. Interested to hear more from Greg and road racing, check out his Kartpulse podcast that we did a few months back! (I’ll bug Greg to join the forums soon.) 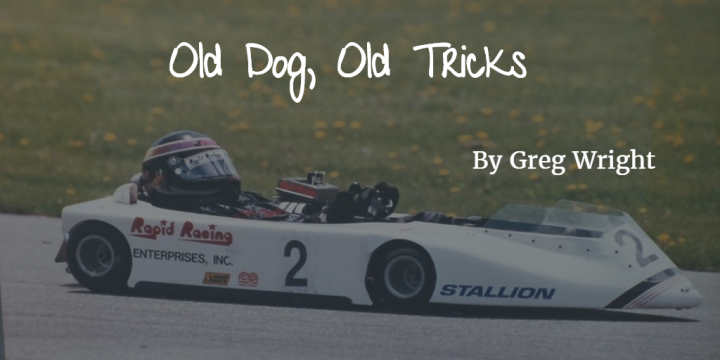 I’ll assume that most of you have heard the old adage “You can’t teach an old dog new tricks”. Maybe you have and maybe you haven’t but that’s not what this is about anyway. Rather it is about an old dog and his return to his old tricks.

First a little background, my name is Greg Wright and I’ve been blessed to be deeply involved in kart racing for over fifty years. Although at times I have also been involved with other forms of racing the continuity has always been karts and roadracing (Enduro) kart racing has been the main focus.

I’ve been fortunate enough to have won Daytona five times, several WKA National titles and during the '90s I somehow went on a tear with the at the time immensely popular Mid-States Enduro Series contesting nineteen class titles and coming away with seventeen championships, plus a second and a third. 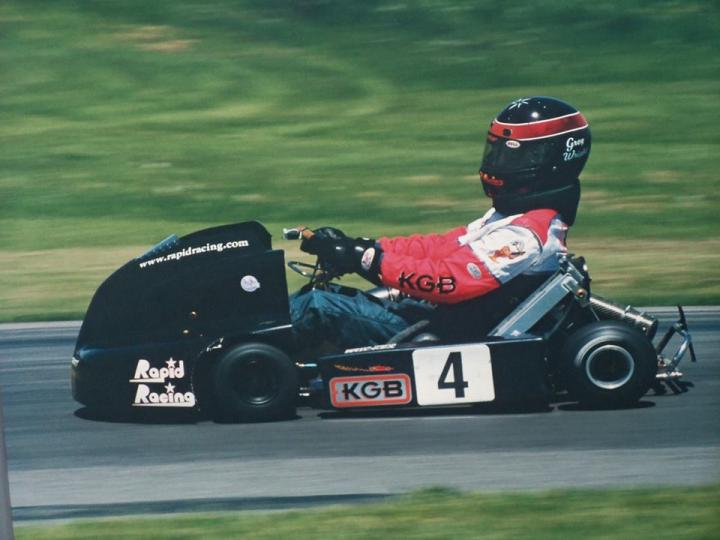 As the new Millennium rolled by the lure of roadracing, Shifter karts became overwhelming and I embarked on a four year run dotted by a few wins and consistent top finishes. As 2004 rolled around, business pressures forced me to retire from roadracing. Although, fortunately for me this coincided with the opening of New Castle Motorsports Park, which is a local venue for yours truly. NCMP is a magnificent facility, and I participated there through 2008 when a neck injury sidelined my racing efforts for some time.

My time at NCMP was fun but somehow the thrill that I get from the speeds and venues that come with roadracing just wasn’t the same and frankly just wasn’t as much fun at least for me. In 2011 I arranged a sort of comeback at the WKA National at Putnam Park Road Course driving a car from a very well known and successful roadracing team. Despite months of planning and preparation the machine that I was given to drive just didn’t fit. Evidently the owners thought I weighed 300 pounds and that my left leg was four inches longer than my right. Despite a day and a half of absolute thrashing by myself and my faithful companion the omnipotent Gooseman (?) we never got the kart where I could be comfortable enough to race in traffic and I opted out.

This was a major blow and right there and then I stated “That’s it, to heck with it, I’m retired!!” and I settled down to running my race shop plus doing some officiating and track side announcing. But there was something missing, I was busy, happy and certainly saving money but there was just something missing.

Fast forward to the winter of 2015/2016, out of the blue the shop suddenly began to get a fair amount of “Vintage” engine work. To this day I’m still not sure where that wave of interest came from but it was very rewarding in many ways and certainly was keeping me busy and that’s a good thing.

Enter Dean Axe, a vintage kart racing enthusiast from St. Marys Ohio. I did a few engines and clutches for Dean and was advising him on his completing of a Vintage late 70s Margay Enduro. Dean and I quickly became fast friends and we talked regularly concerning his projects.

So one day Dean makes the 3 hour trip to my race shop and we are discussing some details on his Enduro when all of a sudden Dean asks “Hey Greg, Why don’t you drive this thing for me at Mid-Ohio?” 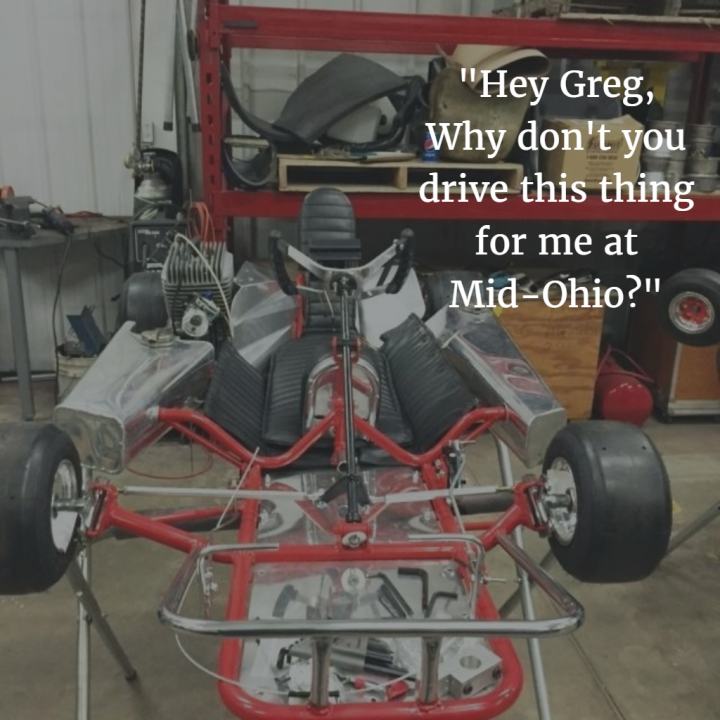 Suddenly much like a dream sequence from a movie time seemed to slow down, thoughts of my favorite race track in the world Mid-Ohio danced through my head like sugar plum fairies at Christmas time. Evidently my face turned white as my blood began to take routes to different parts of my body other than my brain and I came out of my stupor hearing Dean say “Greg!! Are you alright?”

It was at that point that I decided that I needed to give this offer some serious thought so I took 10 to maybe 15 seconds to choke out “Yep, I’ll do it!!”. Hands were shaken and to my dismay there were witnesses to confirm my commitment.

Since then it’s been a whirlwind of sorts, Dean has made several trips to my shop and major steps were taken to insure that I fit in the kart properly. Dean’s enthusiasm created a rising tide that raised all the boats involved and again like a scene from a movie the Sun began to shine during a triumphant moment.

Of course like anything racing this quickly began to snowball, the armada of equipment began to grow going from one chassis and one engine to one chassis and two engines plus spares. But it didn’t stop there, No Sir it didn’t.

With my brain awhirl with new challenges and adventures I happened to see on the internet that another Ohio resident Keelie Mann had a pristine mid '80s Van Gilder built Elite Enduro chassis that she wanted to get rid of and coincidentally she was looking to add another Vintage Margay Panther X to her stable. Lo and behold I just happened to have a fully restored Panther sitting in a corner. After a couple of emails and phone calls the swap was made and now the armada of enduro equipment was instantly elevated to two chassis and three engines.

As this is being written it’s still just over a month from the first event on my schedule which will be sort of a homecoming for yours truly at Mid-Ohio. The machines aren’t quite ready to go just yet but should be in another couple of weeks.

Never one to look too far ahead currently the plans are to race Mid-Ohio June 17, 18, 19, possibly Grattan Raceway in July, Michigan International Speedway in September and maybe, just maybe DAYTONA at the end of the year.

Personally I am thrilled to death and scared to death at the same time so I want to invite all of you to join me over the course of this season while I anxiously open the door to a part of my life that has been missing for some time.

This is going to be fun!!

Greg Wright is the owner and operator of Rapid Racing in Clermont Indiana, a full time full service kart racing supply since 1983.