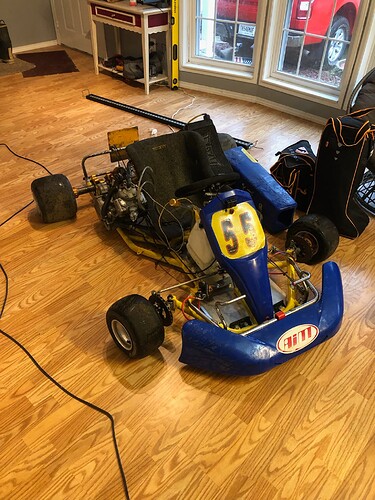 I’d just have that motor gone through and keep running it as is. Once refreshed that motor should be a tank.

Seeing as it was intended for something like 45hp, im thinking it would handle like a bag of trash with a 9 hp 4 stroke on it.

Thanks for the replies! What’s something like this worth if he decides to sell it? Would it still be competitive/useful?

A pal bought an older shifter kart as his first chassis and put a 100cc two stroke on it. It was not competitive in that the tubing is thicker and the kart is stiffer, intended for more power.

It was driveable, of course, but ultimately he got a different chassis.

Like Evan said, maybe get that engine refreshed and enjoy as is! We typically don’t advocate shifters as first karts but since you have this one already…and it seems you might have experience.

Birel is a solid kart, and 2003 isn’t all that old. Most of those at my local run those karts, they’re older but they’re solid and totally competitive. My .02 cents- Throw a 206 on there and send it!

I think I’ll modify my earlier comment by adding, if it’s just a matter of having fun at track days, then sure slap a briggs on and have fun. If you’re looking to actually race, then don’t use that chassis. It won’t handle as good as a dedicated 4 stroke chassis and you’d have to remove the front brakes to be legal.

I’dd add it would be competitive at the local level, but your aspirations are greater, maybe not so much. . . . but I got from the OP that he isn’t competeting at the highest levels.

As it sits, probably a $1200 shifter that someone would buy to play with. The CR125 is used in road racing as some have said, however mostly in stock form and the rules on that vary. That is to say you would need to verify what cylinder and crank cases it has to see if it’s eligible for a CR125 class.

That strikes me as a pre2k chassis, but I’m only guessing by the bodywork.

Briggs would be fine on it, I’ve had a 206 on my shifter frame and it’s been “fine”. Worth checking with any tracks that they will permit that bodywork/side pod bracket setup as well as rear bumper. 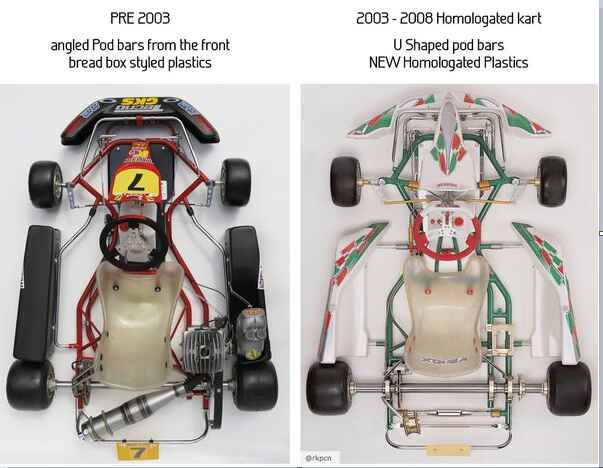