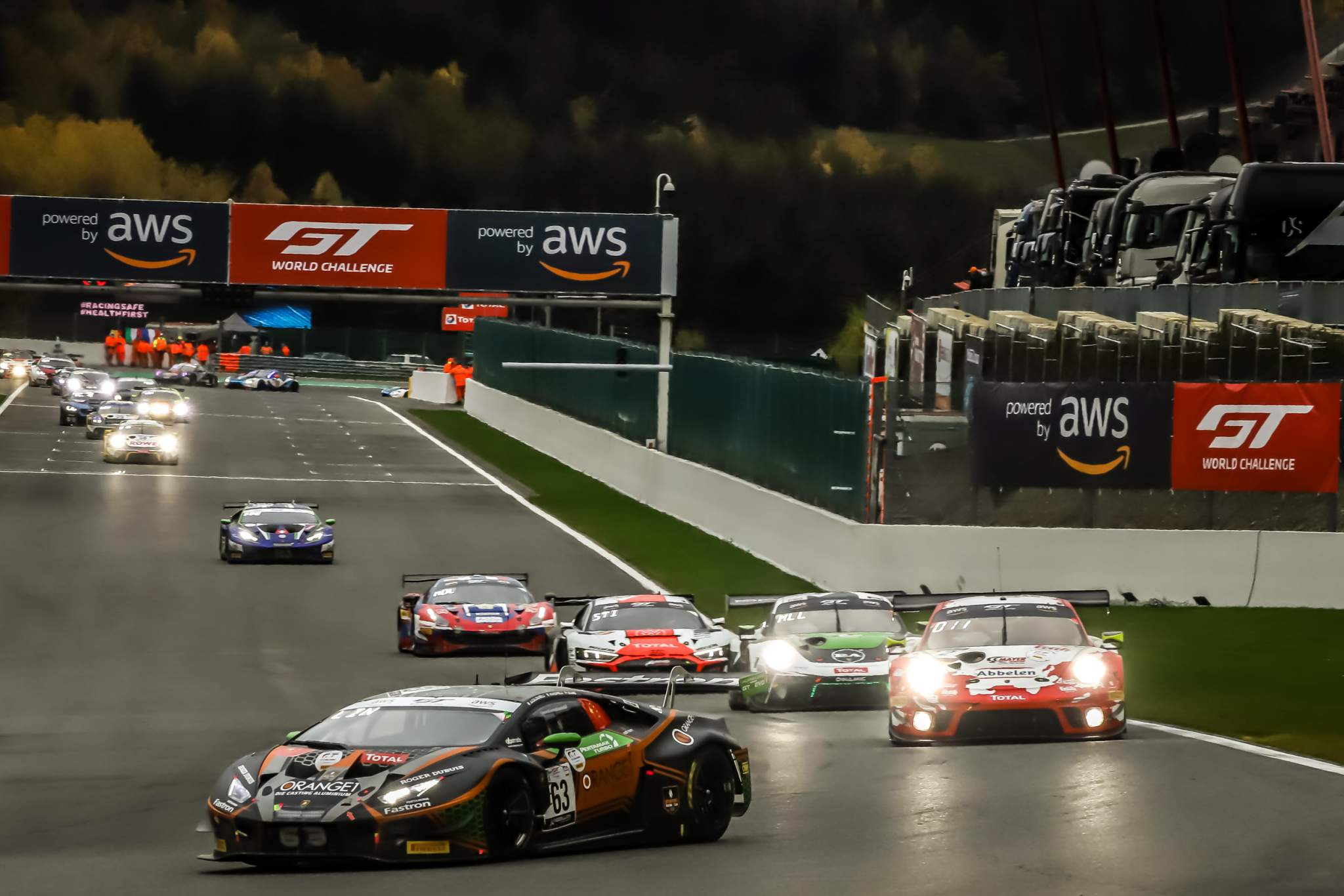 I don’t get this at all but this seems like an absolutely awful idea. Love watching the GT races but I hate this. People watch these races to watch authentic racing. Nothing wrong with Sim racing but it has no place in being part of a real racing series

It’s an odd idea but sorta make sense in a covid world where maybe they were not able to run full schedule?

I would much rather prefer a shorter schedule than including a sim race in though. I read somewhere else too that they were planning on doing this from now on, not just this season, because of their sponsorship with Fanatec. It’s not that they’re adding races, it’s happening at the same time. There’s 5 races this season in the GT World Challenge Europe, and there’s gonna be 5 virtual races that correspond with the 5 actual races. I don’t know how it’s gonna work still, but it just seems so wrong

Maybe it’s a matter of perspective. It would be interesting in that everybody makes a distinction between sim and IRL, how the two don’t equate.

It’s going to be a real big story when Driver X gets disconnected mid-session and loses the championship because his kid tripped over the router in the other room.

I am not privy to the viewing figures for GT World Challenge, but I can’t imagine they are fantastic so this might work to help build a better fanbase. The series is so intertwined with ACC and sim racing really is starting to stretch its legs from a commercial standpoint I can see where they are going. We can’t ignore that several of the most popular threads at the moment here are sim based. Sim racing is big business now.

It is repulsive from a purist’s point of view, but GT3 racing is largely a lot of wealthy gentlemen racing cars that have had the performance balanced… so yeah whatever

That’s like saying a snowboard competition is repulsive from a skiers perspective mid 1980’s. Get off my damn snow you meddling kids!

I posted a link recently if the YOY change one of the networks? had in their sim viewership. From 8mil to 58mil in one year. That’s pretty compelling.

That’s like saying a snowboard competition is repulsive from a skiers perspective mid 1980’s. Get off my damn snow you meddling kids!

Skiing and snowboarding are both actual physically real sports. It would actually be more like if you had half the snowboard half-pipe competition at the Winter Olympics, and the other half was done on the game 1080 for Nintendo 64. And after all the pro snowboarders who trained their whole life to master the physical challenges of their sport played N64, they were handed out medals and crowned “best in the world”.

Until sim racing is a 1-to-1 EXACT replica of reality, it’s not truly representative to use it as a round of the championship. We all know how the tire model works on KartKraft for example. Do you think it would be fair to use KartKraft as a round of the Karting World Championship? Regardless of your thoughts on it, I’m sure you would love that Dom, as you would probably get a World Champion crown if they did that!

I understand that sim racing has become a big thing now and that Assetto Corsa Competizione is the official racing sim for the Blancpain GT series, but putting sim racing into a racing competition, it doesn’t fit well. It’s a completely different issue if you create a esports league that features GT3 racing, but to include sim racing in the same series as a real racing series and have points counted towards the real series is absurd.

I believe the beauty of racing isn’t just the driving aspect of it, although driving is amazing, but it’s also the CARS, the setup that goes into it, and the feeling of adrenaline seeing drivers battling it out, the feeling drivers get sitting in the car. You lose that in sim, sim does a good job at giving a representation of real racing, but that’s all it is, a representation.

I agree with TJ that we shouldn’t use sim racing alongside real racing until it’s an exact replica of racing. And even then, would we switch from real cars to fake cars? I really hope not, that takes away the beauty of racing to me. Sim racing is fun, it’s great, but should never replace actual racing.

I was unclear, or rather made no effort to do so…

I get it that they are totally different, that is the point.

I also get that it is absurd to have points count towards the Car series from the Sim series. Again, totally different disciplines.

This weird mutant series doesn’t replace anything or take anything away from racing, broadly. No one, at least initially, and possibly ever, will care about who wins this series.

Currently, it is not hugely likely that professional racecar drivers of a certain age will also be sim pros. This makes it hard for anyone to take this idea seriously. The disparity of skill in the NASCAR televised sim races was pretty gruesome, for example.

I doubt anyone felt like their NASCAR seats were in danger if they didn’t perform well, but those who did perform well, it was noticed. Interestingly, a pro driver in some other sim-series got busted for cheating (using a ringer). So, maybe they do feel pressure.

But I think everyone in the World noticed a curious thing, that LeClerc, Verstappen, Lando… (in NASCAR a bunch of young guys from feeder series),… these young guys do both very well. It is highly likely that our next world champ will also be an alien, imho. They do both, these young folks, and have been forever. Its logical.

So, IMHO, yes this series makes no sense, currently, but as an experiment for the future, Heck Yeah!

Who know, maybe the public gets into it, viewership goes exponential, and I finally land that Cannabis/Bitcoin sponsor.

Regardless of your thoughts on it, I’m sure you would love that Dom, as you would probably get a World Champion crown if they did that!

As it stands currently, Gillian (Zycos), a British University student (that has never driven a kart IRL), would hold that crown! I will forever be a nipper of heels. I am good with that.

It should be noted GT Challenge’s title sponsor is now Fanatec, so this idea is tied up in that. It’s all about £$£ at the end of the day.

Anyway, when you think about it this is all in a long line of gimmicks/solutions, so while it sounds extreme, it’s no worse in my opinion than something like fanboost. Thank god for karting and supercross, Pure racing