Recommend a clutch for my son's kart

Hi all, my son races in a club that uses the Honda GX160 for the cadet class. When I bought his kart it came with a Max Torque clutch which I havent been happy with, even taking it apart, cleaning the drum and shoes and oiling the bushing, it still grabs at idle, like hard enough to get the rear wheels spun up really fast instantly when it’s on the stands and it was stalling his engine when he was on grid waiting to pull out yesterday.

I’ve been told the Draggin Skin clutches are good on the hondas, but I’ve been thinking of trying a Hilliard Inferno Flame. Is there any other good suggestions?

Is it idling to high? I don’t know much about that specific clutch but I know depending on where I have my sons Honda gxh50 it can grab at idle when cold when I set the idle to not die when hot.

How high do you have the idle set? I’m assuming you have a tachometer? If you have a tachometer, with the kart on the ground and the driver sitting in it, hold the brake and floor it. What RPM does the tachometer read? This is of significant importance! I know the people at Max Torque, I believe there is no one in karting “more” interested in having their product perform to the best of its ability. They make videos on set up and the care and feeding of their clutch. lol.

I’m leaning towards possibly a high idle too? I havent worked with a Gx in some time, but I recall idle sometimes set as low as 1800RPM?

Well I dont have a tach on it at the moment, I l how it’s set just a tick above stall for the idle. None of the other guys in his class seem to have issues with clutches grabbing that hard at idle. I’m trying to get my hands on an Alfano for this weekend to get some better answers.

The standard MaxTorque clutch uses a single length of tension spring hooked at its ends to form a spring ring.

The spring sits in a deep channel in each of the six metal shoes and holds them away from the drum surface at low/zero revs.

Springs are available in various strengths giving quoted engagement speeds from around 1200 rpm. to around 3000 rpm.

If the clutch is ‘grabbing’ at reasonable idle speed the spring may be of too low a strength, weakened due to overheating or broken or unhooked.
You can check for tension on the spring by levering the shoes outwards with a flat blade screwdriver through the slots in the non sprocket side of the clutch.

The Honda carb has 2 external adjustments. The black plastic throttle stop screw on top of the carb. and the brass idle fuel screw on the side of the carb.

Idle adjustment procedure.
Start engine and warm up. Adjust the brass screw to give highest revs. (Opening up the screw richens the mixture.)

Back off the plastic throttle stop screw to give reasonable idle.
From memory!! Idle mixture screw ends up around one turn open from fully closed.

These carbs are well known for blocking the idle fuel jet , black plastic item which can be prised out of the top of the carb after the throttle stop screw has been removed. Should be an O ring on it.

IMO your Max Torque clutch should be perfectly adequate. The Magnum is an alternative but the multitude of settings etc. can be confusing.

Adjust the brass screw to give highest revs. (Opening up the screw richens the mixture.)

I think it’s an air screw that operates in the opposite manner? Opening the screw allows more air and leans the mixture.

Tend to agree with everything else though, the max torque should be totally adequate. Pretty sure that’s what’s been on my 206 for a long time. Used for lapping vs competition though.

Quote. James. “I think it’s an air screw that operates in the opposite manner? Opening the screw allows more air and leans the mixture”…
Throttle butterfly is almost closed. Idle mixture air passes through the idle air drilling / jet and exits into the carb throat via the tapered adjuster screw point, which is positioned on the engine side of the butterfly.
In its travel the idle air passes over the idle fuel jet and picks up fuel, so that what we are discharging into the carb throat is a mix of fuel and air, the flow controlled by the brass screw.
In practical terms.I took an engine off ‘the pile.’ The adjuster screw had an anti tamper cap on it. Eased it off. Manufacturers setting 1.1/4 turns open.
Started and warmed up, set to reasonable tickover (1700 rpm) and played with the adjuster screw.
Screw in 1/2 turn, engine stopped immediately . Screw out 1.2.3 turns engine slows progressively with all the signs of running rich.
Put back to initial setting and engine seemed happy to idle at 1700rpm.but a bit hesitant on opening throttle. Opened up 1/2 turn, seemed much happier.(All on ‘stand’ /floor)
So.IMO! “Opening up the screw richens the mixture” on these carbs.

Here’s a diagram from the GX manual. It seems like an air screw but the path shows mixture…
Doesn’t seem to be clearly fuel or air 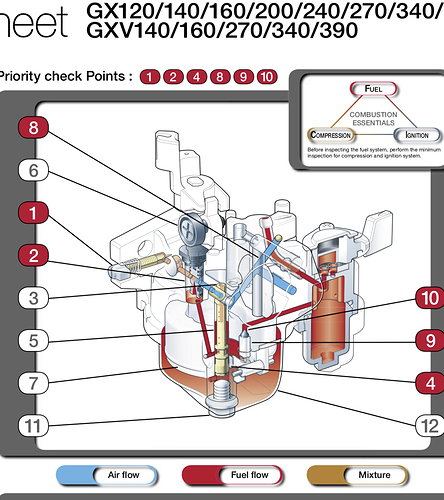 Alright, I may have an Alfano tracked down, just waiting for a call back. I’ll try those procedures to adjust the carb, but I’m still certain the clutch is grabbing too early. I’m guessing the spring had gone soft, because it wasn’t like this at the beginning of the summer. I’ll have to order a new stiffer spring and see what happens. I’m tempted to just grab a basic Noram clutch for $70 and get this Max Torque refreshed with a new spring and have a spare, or 2 different drivers setup.

So, I swung by Princess Auto, which for those of you who dont know, is a general hardware/tools/equipment store along the lines of Harbor Freight and carry much of the same stuff. They had a Noram clutch online for $70 Cad, so I swung by and grabbed one. Imagine my surprise when I got home and opened it up and pulled the Max Torque off my son’s kart and discovered this. 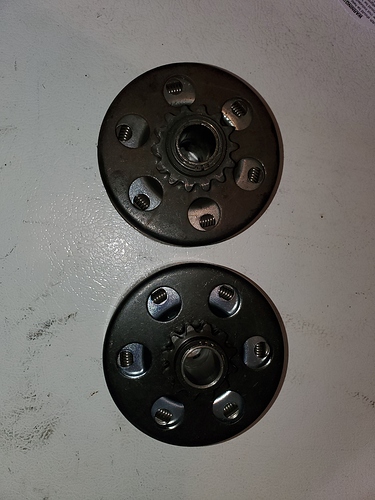 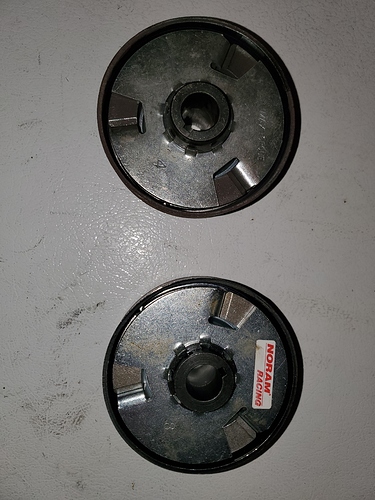 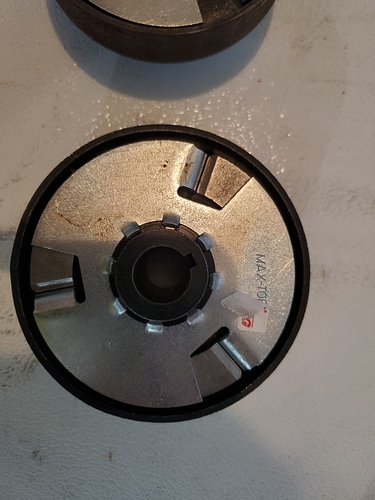 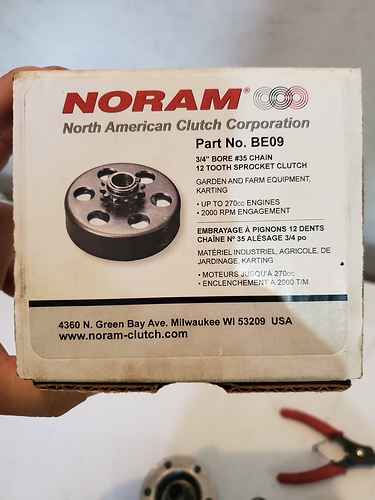 So now I have 2 max torque clutches, the first lne had a 14tooth driver, the new one has a 12tooth, and I figured out what the issue was with the old one, so I’ll tune that up and have 2 clutches ready to go.

I was surprised to find Noram relabelling a max torque as their own since they already make a wide range of clutches.

One more question for anyone still following along, is there a rule of thumb for what clutch engagement RPM to shoot for when changing springs?

However 2500 would be absolutely fine for lapping. If you’re looking for performance* you’re probably more in a range above 3000 at which you can expect more wear of course.

UK regulations for GX160 classes limit clutch engaged revs to 2500. (Plain spring).
If you are not limited, you could get closer to max.torque revs (3000) with the ‘green’ spring.
I am assuming your engines are not significantly modified.

no restriction on the clutch itself, and yes it’s a “box stock” Honda class with the governor removed and an intake restrictor for the younger classes.