What about helping the ribs themselves? Mine have been bothering me a bit for the past couple years, but nothing too bad. I know padding a seat helps, which I need to do, but what else can you do to?

@Trey_Shannon’s training advice helped me when I injured mine.

The important thing is to not hurt them in the first place, because there’s no way to heal them other than sitting still.

In my case, as the doctors told me, I tore the muscle between the ribs and separated them. And then proceeded to do that over and over every race weekend, so I have a lot of scar tissue down there. Then, since they were weak, I was leaning off them when driving and ended up applying extra pressure on the right side, resulting in cracked ribs on the right side. As a result, my ribs tend to bother me from time to time if I do the wrong kind of twisting motion. For example, when I play my Friday night softball league, my ribs are almost always sore on Saturday morning, even though I only take 3-4 swings.

Trey’s advice and training exercises helped me in the beginning to get back to comfort in the kart and build up some additional core muscles in that area.

@Aaron_Hachmeister_13, @tjkoyen makes a great point. It’s important to make efforts to reduce the risk of injuring your ribs in the first place. Your floating ribs only attach at the vertebrae, leaving them to be supported and held in place by your muscles, as opposed to joints at the other end. Like TJ said, his muscles that support the ribs began to tear, resulting in rib separation. The main thing I had him focus on to aid in his recovery was his back. Building the muscles in the back strengthens the whole structure that holds the ribs in place, and is much more effective than any padding you can put in your seat.

@tjkoyen, didn’t know you were still having issues after softball games. I have some T-spine mobility stretches/exercises you can do to help with that. Planning on doing a “Mobility for Karters” article to post on here next month, but you and I can address your specific needs a little better next time you’re in NC.

@DavinRS, perhaps a “Protect Your Ribs: Strengthen Your Back” article is also in order.

I would love to see you and @DavinRS do an article on that, I think a lot of drivers would benefit from the information there, as they always do with your guys’s stuff

I like dis idea. I’ll DM you and we’ll get something working together.

I just, like 5 minutes ago just, got a FreeM rib vest I’ll be using for tomorrow’s practice session. Practices always seem to hurt more than a race, so I’ll give a review once I’m familiar with it.

I had one too. A little bulky for my tastes but it was nicely made. Didn’t help my issues but for bruising and side protection it’s a tank.

Another point of view: I switched over to the flush mount Ribtect seat bolts and have ditched my rib vest altogether. No problems and I feel better after racing all day. The common seat bolts/washers that stick out combined with a rib vest made me sore no matter what. 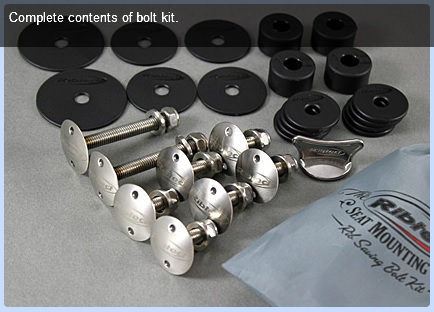 When I tried it on it was nice and snug on my sides, which I really liked. My seat is a slight bit big on me so the rib vest may fill some of that space. Although with the last broken tab I ground through a part of the bottom but w/e that’s another topic.

@MSchu1 My issue has been with the lip of the seat more than anything else. As I lean in the seat the top lip digs into my side and that’s what is hurting for me. I couldn’t even imagine running without a vest though. Those are definitely interesting though, I never thought that some people may be bothered by the bolts as opposed to the seat itself.

So we went out for a practice day today with the FreeM Brave rib protector. I put the thing on, and my first thought was that TJ is right, this is really bulky, but it fit well into the seat, so I don’t have a problem with it.

The other thing I noticed was that my issues all but disappeared. I went from barely doing a 5 lap practice to probably being able to go for a solid 12 lap stint if I wanted to, probably more. The pain in my side was not much more than a slight pressure and I felt nothing after the sessions at all.

I think everyone should be getting a decent rib protector before it’s too late. I got mine used and it wasn’t good at protecting anything but I dealt with it until I could barely go through a race without wanting to pull off and rest. Don’t do that. It sucks. Just pay the $200 for a new one or find a nice used protector, your sides will appreciate it.

My Sparco Ribvest has gotten a good four- seasons out of it, so I’m looking to get a new one. Based on the recommendations that I’ve seen on here, I’m going to get the FreeM and see how it fits.

The Bengio was actually cheaper, but they didn’t carry it at the shop and I was hesitant to buy one without trying it on. I liked the FreeM, I’d recommend it for sure.

FreeM is a good choice but regularly check the carbon for any “soft spots”. I broke my ribs wearing one after hitting a curb too hard. Mine lost all rigidity in an isolated spot around the seat bolts. I now race with a Bengio and haven’t had any issues. Though, the FreeM was more comfortable as the Bengio sometimes moves and slides up my torso.

I’ve been using my Ribtect3 since 2011. That’s SIX 24-hour races in which I drove the whole thing, plus the dozen or so local races and two 6-hour races I’ve done in between, as well as a RoboPong. Easily 150 hours in the kart with the same Ribtect. It even has a hairline crack in the carbon, and I’ve still never had any issues. Now, I’ve never tried anything else, so there may be something better, but for me the Ribtect has been great. Seems to be a matter of finding something that fits you properly and protects the specific areas you need (upper ribs, floating ribs, back, etc).

Yeah, I have a Sparco SPK5, and just through a bit of use I’ve cracked the plastic on the covers etc, so I figure it’s time for a new one.

That’s not the first time I’ve heard of those Sparco’s doing that. My local shop said the Sparco and FreeM are very similar, they don’t even stock Sparco, and I assume it’s because the FreeM doesn’t have the reputation of cracking as much, or at least that’s part of it.

Yeah, I figured that once it cracked, it was about done. At the very least, it looked shitty.

Big fan of the Tillet.

Had been karting for a while then one day take a flat out right hander my left side gave me excruciating pain. After about 5 laps I had to pull out the race. A few weeks later the racing was painful but not as painful but still distracting. So I went looking for rib protectors and a Google search took me to Tillet and I bought one for about £140. They didn’t do a carbon fibre one at that point.

Wearing it under my suit it ruined them so I started sewing leather patches where the seat mounts rubbed. New flush mounts don’t damage as much - the velcro is the biggest damager to the inside.

This one is coming apart something chronic and I will probably retire it at the end of the season.

FreeM were pretty close to one of the original chunky rib protectors (Bengio were first in 2001 I think).

I’ve had my Bengio since 2006, i stopped racing in 2008, someone over here had been borrowing it since 2014 for monthly races and i got it back last weekend. It was meeting up with an old friend. No issues with my ribs even though I haven’t driven anything like a 20 lap final in 10 years. 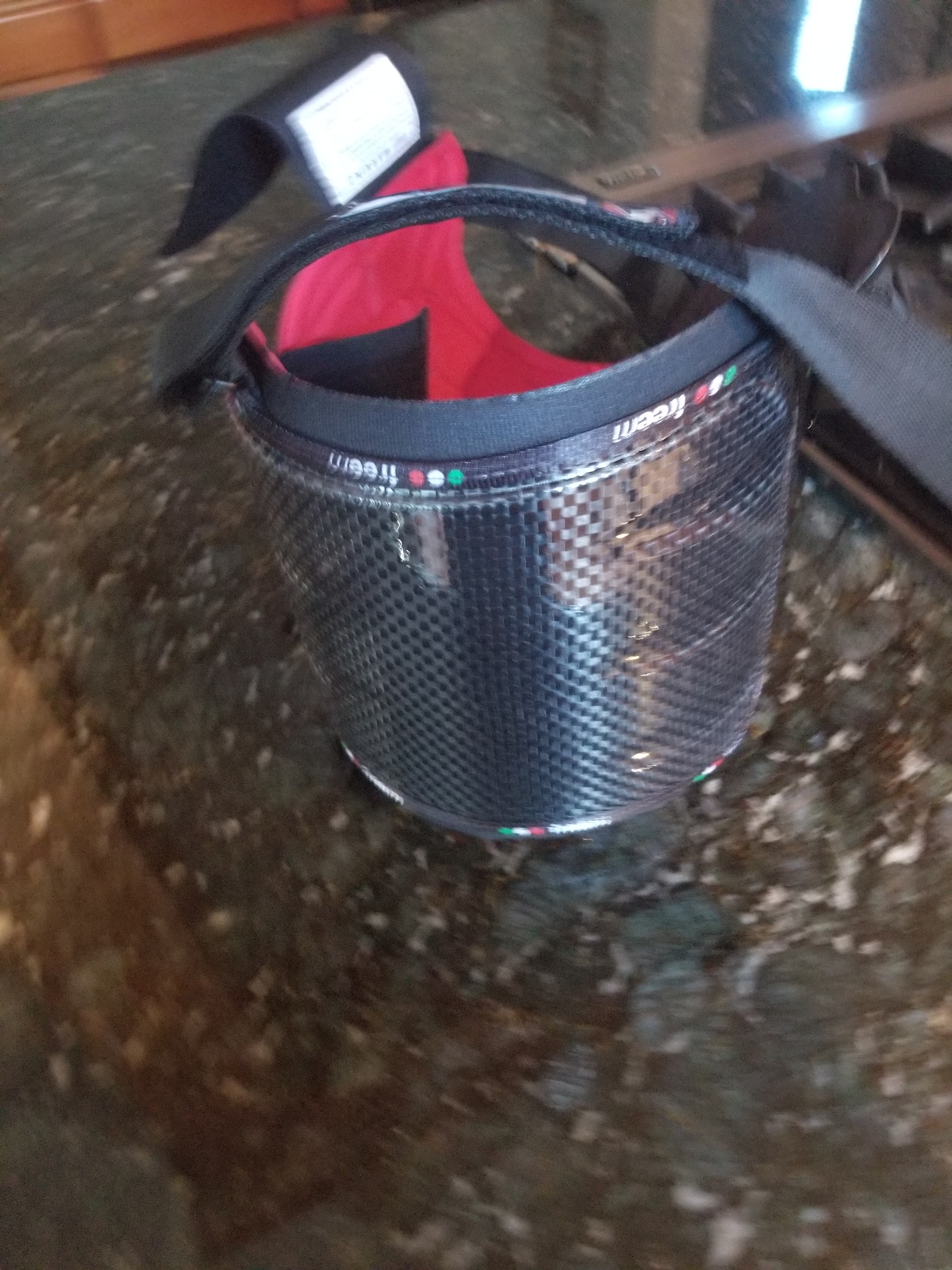 Rib vest came yesterday! Testing it out this weekend.