Thought there was a topic on this but can not find. What do you recommend for a vest? Been looking for my 14 year old and wondering what the good, bad and ugly is between all of them.

Had used the Armadillo when younger and sold it. Now he’s looking for some protection for the ribs…

I’ve got the basic Tillet wraparound vest and it works fine, but I’ve definitely been wondering about what the upgrade options are

I’ll recount my experience with vests as it’s pretty extensive.

In 2012, I hurt my ribs seriously for the first time. I had been using a Tillett P1 vest and really liked it but after years of abuse it was worn out and wasn’t really doing anything for me. In a qualifying session I popped a rib and then couldn’t physically sit in the kart due to the pain. Doctor confirmed it was separated, meaning the cartilage and muscle (intercostals) had torn and allowed the rib to separate from the rib cage. Unfortunately, there really isn’t anything you can do for this type of injury other than sitting and allowing it to heal. The worst part, is that if abused to much, these muscles and tissue grow back as scar tissue, making them weaker than they were before the injury. So over the next two seasons I basically popped my rib every race weekend and had to fill up on pain killers just to get through the weekend. I missed a lot of races and had to abandon a few in the middle of the weekend, including a trip to SuperNats. I tried out basically every rib vest, seat padding, and seat on the market, but couldn’t really make anything work that allowed me to be truly pain free. I spent a lot of time experimenting with different layers of padding and adding padding to vests to help trouble areas. In fact, at the SummerNats in Dallas that year, I was leaning off my bad ribs so much that I actually cracked my ribs on the other side as well. So I was beat up.

Then in 2015, at the first race at GoPro, I was in excruciating pain after about 3 sessions of Friday practice. And this was after I had 6 months of rest in the winter. I was basically ready to abandon the weekend and seriously was considering giving up racing for a while as it was evident this problem wasn’t going away. But then I tried out the Bengio Bumper vest. I kid you not, I went from being unable to sit in the kart from pain, to having almost zero pain in one session. I put it on and sat in the kart and instantly was comfortable again. No need for a special rib-protecting seat, no need to adjust my posture anymore. I went from being unable to drive a Yamaha on a green track to being pain free running X30 on a super sticky track. I ran RoboPong without issues, I ran a whole schedule of brutally grippy SKUSA/USPKS races in X30 with no issues. I would never race without it now. I don’t have any relation to Bengio or anything, I don’t even know where to direct you to buy them (I got mine on ebay from overseas), I just firmly believe that it saved my karting career and I’m super grateful I found it.

So if anyone ever asks, I always direct them to the Bengio Bumper. It isn’t a complicated vest or anything, it just fits perfect, there’s no pressure points, and the padding is great. I found some vests actually made my ribs hurt MORE because of pressure points in the back area, where my injury was.

I’ve got a similar history to T.J., though not as bad. I used to be a Ribtect guy, but the last iteration made lose too much feel from the kart. I’m using the current P1 from Tillett, and I like it a lot.

Are we talking about this one TJ? 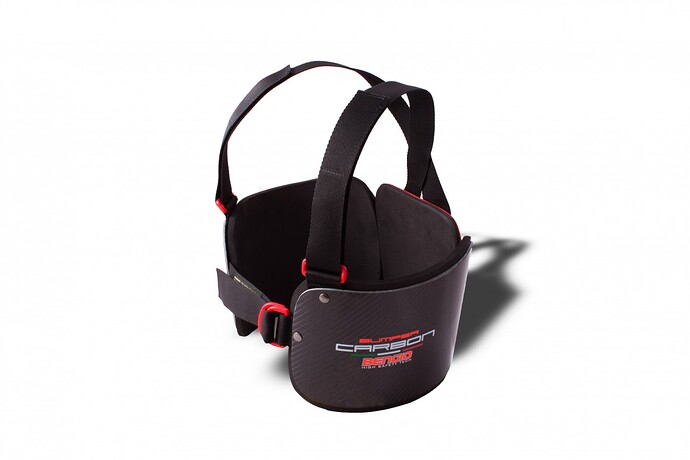 Mine isn’t the carbon one but I suspect that’s mostly for aesthetics anyway.

I just ran it through Google and I found a few places who sold them. I just picked the Musgraves because more people on here probably know them.

Bengio, all day everyday. I was lucky enough to have one of the first ones in 2001 when (name drop) Danilo Rossi slapped one on me.

I use the Bengio Bumper too. Only thing I’d change is I wanted the Carbon Fibre one to match my helmet… haha.

Bengio Bumper seemed to be the one most highly spoken about when I was researching with the only negative I came across consistently being the higher price.

So I am running into some issue with my bengio rib vest. It is destroying the interior of my kart suit. I swapped back to soft mir vest and that is pretty much useless.

Anyone else running into issue with bengio wrecking interior of kart suit? Really dont want to trash my nice new suit. Been using my old suit as it is already garbage at this point.

Feel stupid to wear on outside of suit…just saying.

Yeah definitely don’t wear it outside your suit, that’s the number one way to look un-cool on the track.

I haven’t had any issues with mine and I’ve worn it under all four or five of my suits, all different brands. What kind of suit?

I’m guessing it’s the edges of the hard plates that are wearing through. Maybe stick a little padding on those edges?

The non carbon version is available from Demon Tweeks for $153 shipped to the US.

It actually the back section damaging the suit not side around seat bolt area. I am right on edge of size for medium and large. I went with large based on their recommendation. 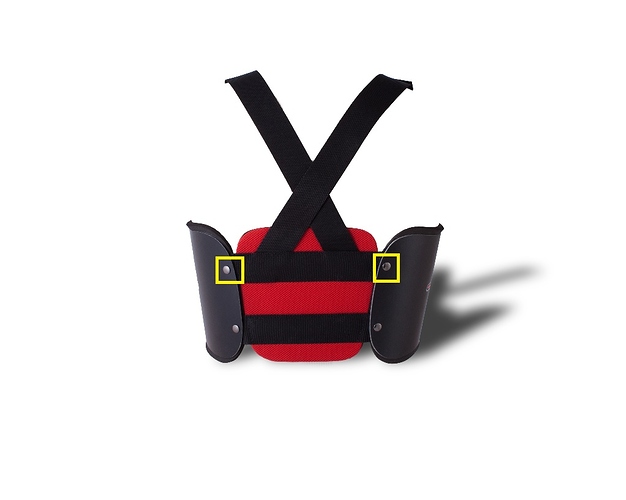 What about helping the ribs themselves? Mine have been bothering me a bit for the past couple years, but nothing too bad. I know padding a seat helps, which I need to do, but what else can you do to?

@Trey_Shannon’s training advice helped me when I injured mine.

The important thing is to not hurt them in the first place, because there’s no way to heal them other than sitting still.

In my case, as the doctors told me, I tore the muscle between the ribs and separated them. And then proceeded to do that over and over every race weekend, so I have a lot of scar tissue down there. Then, since they were weak, I was leaning off them when driving and ended up applying extra pressure on the right side, resulting in cracked ribs on the right side. As a result, my ribs tend to bother me from time to time if I do the wrong kind of twisting motion. For example, when I play my Friday night softball league, my ribs are almost always sore on Saturday morning, even though I only take 3-4 swings.

Trey’s advice and training exercises helped me in the beginning to get back to comfort in the kart and build up some additional core muscles in that area.

@Aaron_Hachmeister_13, @tjkoyen makes a great point. It’s important to make efforts to reduce the risk of injuring your ribs in the first place. Your floating ribs only attach at the vertebrae, leaving them to be supported and held in place by your muscles, as opposed to joints at the other end. Like TJ said, his muscles that support the ribs began to tear, resulting in rib separation. The main thing I had him focus on to aid in his recovery was his back. Building the muscles in the back strengthens the whole structure that holds the ribs in place, and is much more effective than any padding you can put in your seat.

@tjkoyen, didn’t know you were still having issues after softball games. I have some T-spine mobility stretches/exercises you can do to help with that. Planning on doing a “Mobility for Karters” article to post on here next month, but you and I can address your specific needs a little better next time you’re in NC.

@DavinRS, perhaps a “Protect Your Ribs: Strengthen Your Back” article is also in order.

I would love to see you and @DavinRS do an article on that, I think a lot of drivers would benefit from the information there, as they always do with your guys’s stuff

I like dis idea. I’ll DM you and we’ll get something working together.

I just, like 5 minutes ago just, got a FreeM rib vest I’ll be using for tomorrow’s practice session. Practices always seem to hurt more than a race, so I’ll give a review once I’m familiar with it.

I had one too. A little bulky for my tastes but it was nicely made. Didn’t help my issues but for bruising and side protection it’s a tank.