Seat cracking on the side

So, I don’t know much about seats - mounting them, weight placement, all that stuff. However, I do know that they shouldn’t be cracking on the side like this. 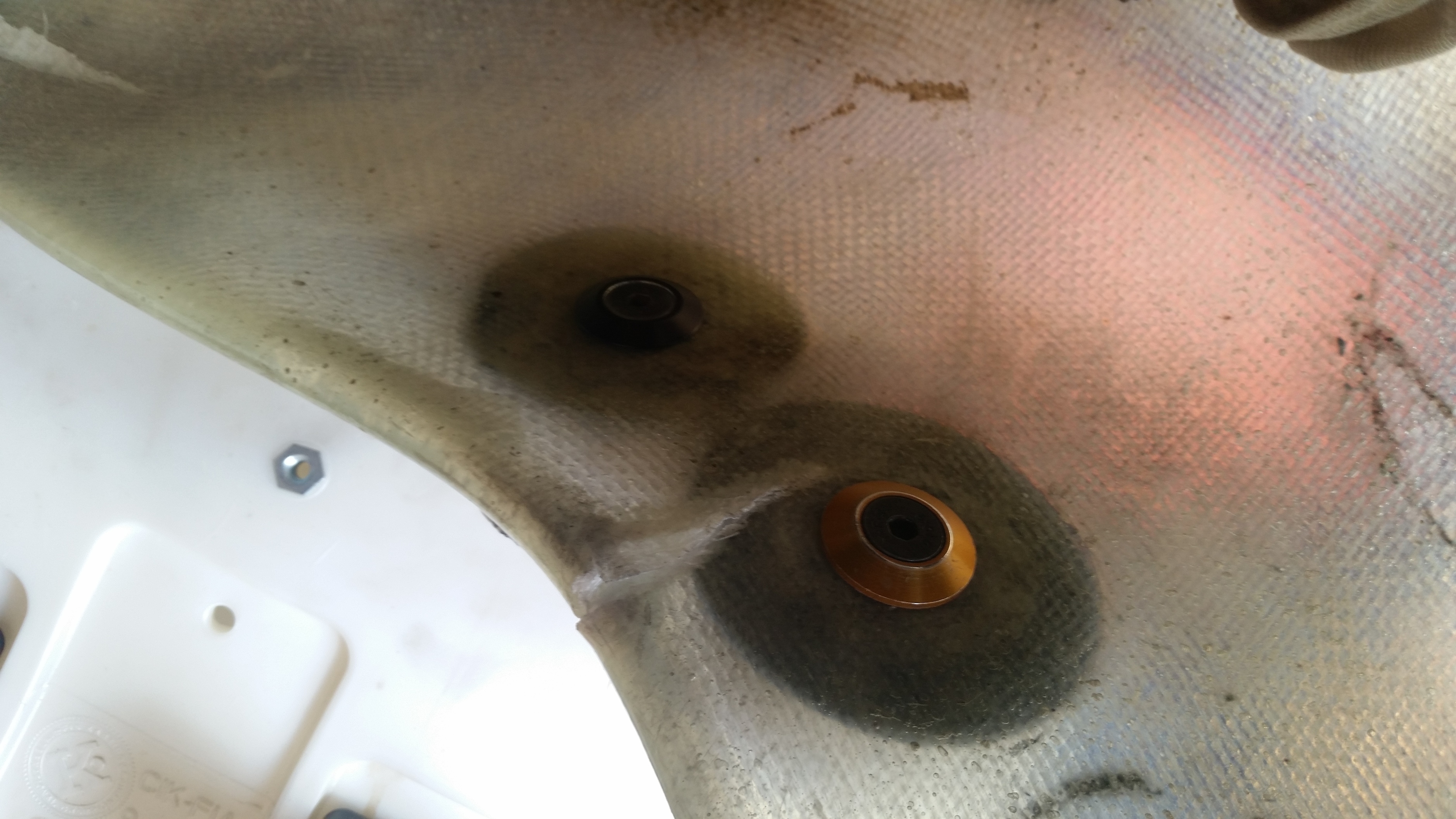 Not sure why but the image loaded upside down. That’s the left side of the seat right in the middle of the curve.

Anyone know why that might be? The only thing I can think of was that Springfield has this huge banked left-hand turn that I had to lean way out of in order to get the kart to not bind up midway through. Other than that, I’m completely lost add to how it cracked.

It happens, pretty normal. I’ve been running the same seat since last season and it has a crack in the same place, haven’t replaced it yet.

Probably happens more often with those weights mounted on the side. Unfortunately, I have to have weights on the side because #manchild body. Using larger washers might help.

Good to know it’s not something concerning, then. I’ll probably replace the seat at the end of the year with our new chassis, but I’ll plan on expecting the same to happen if this is normal. I’m in the same boat you are, 45 lbs of lead is not a friend to the kart chassis

Not sure why but the image loaded upside down.

Are you on iOS?

I’d say given that your chassis has had a few crack sessions, there was probably a bit of extra stress on the seat before it was repaired.

Also, when fitting a seat make sure it’s not “pre loaded” in any way.

That sounds reasonable enough for me, I’m not too concerned as the kart still handles as well as I can drive it but I wanted to know why it was doing so