Here’s some Sim Racing Wheels to consider that are good value:

$99 | Thrustmaster Ferrari 458 Touted as the best value wheel around. 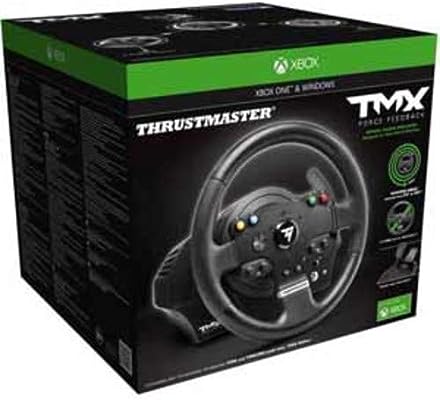 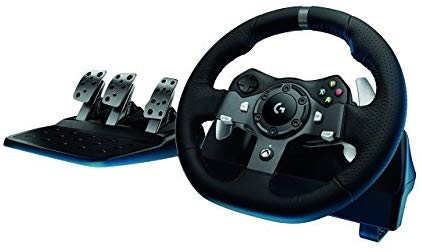 In my experience you get what you pay for. It always amazes me how good the simulator machines feel when I go to the Autosport show.

I actually owned the first ever force feedback steering wheel when I won The Need for Speed challenge back in 1998(?).

I don’t own a racing rig yet but I am considering one with a fairly large budget (good job, no kids).

In my experience you get what you pay for.

I think the complexity/expense of your sim setup depends on whether your focus is sim racing, or IRL. OK budget too of course.

I think IRL racers take sim racing too “literally” and try to emulate every sense of real life that they can, when really the benefits for them lie outside of emulating the physical experience.

As for me, I believe each individual learns, absorb, translate observed data into meaningful actions and combine numerous mental, physical, emotional requirements that are associated with Kart Racing. With that said, Sims are as valuable as you make it. To become efficient at all the skills required to become a creditable driver, you must train like an athlete. Today’s top athletes utilize A.I., in their training programming, it all has its place? I am researching simulators currently and I love the Oculus, V.R. Simulator. Searching for the best fit, that truly maximize seat time that can easily transfer to real time driving, at least that’s my best idea on Josh and my training.

Have a Thrustmaster TMX wheel and pedals for Xbox One. Nice stuff. My only issue is the latency. Car reacts on screen about .5 second after you turn the wheel. Contacted Thrustmaster and they said there is nothing they can do about it.

Car reacts on screen about .5 second after you turn the wheel. Contacted Thrustmaster and they said there is nothing they can do about it.

I’ve been playing gran turismo sport kart VR on ps4 and i must say karting on VR is absolutely incredible. The fact that you can move your head quickly to check behind you feels natural.

Unfortunately you cannot play online with the vr mode. Only race against one AI opponent. Shame on gran turismo. This is why pc is better. But still if you have gran turismo sport try the karting experience its beautiful and fun.

Half a second is probably not accurate, lol, but the lag is enough to make it nearly impossible to correct a slide. It was used on an Xbox One with the Forza Horizon series games, mostly.

TJ, can you please let me know the 411 on your system? My Son and I are converting the garage into a workshop, for his Supra and the Karts, we are putting a simulator on one side of the garage. I was hoping to be able to run multiple simulators on the same game so that two or more can race each other or practice racing as a team to draft as a team to gain speed? If not, I was also looking into VR, with a three way screen, so you can run VR and or the three screen system. We will be working on that in six weeks or so and In the mean time I am trying to nail down the systems that does both F series and Karting, looking at Karting first priority and F series can be an ad donated? Thanks for any assistance you can render, we really appreciate you! We are dead serious about Karting and the simulator is one of the training pieces we are putting in. We then can go to the track and see if you can translate the experences learned on the simulators to real time practices. Also I do not know if multiple drivers can be linked or not. If so We can practice driving as a team, blocking, drafting to gain advantanages that single drivers do not have, etc. Thanks

Charles,
Simplest way to run a sim is via an Xbox or PlayStation. The popular sim titles are Forza, Project Cars and f1 2018.

A computer setup is much more powerful but overkill unless that’s what you are really into.

Basically Xbox with a force feedback wheel and pedal set.

Unfortunately the kart simulator isn’t available on Xbox and PlayStation.

The options and layouts for sim racing are as numerous and varied as karting itself. It really depends on your specific needs, so the best thing to do would be to research what sim games you’re interested in, check what their recommend PC specs are, and start your PC search from there. You can go full-custom or pre-built on the PC. Obviously with a custom computer you can tailor it to your needs, but you’ll also need to source the building of it. newegg.com or pcpartpicker.com are good places to start your PC research. Depending on how serious you want to be, you can find computers that’ll run most sim games for $500-$2000+.

You’ll also need a wheel/pedal setup. The three big names are Logitech, Thrustmaster, or Fanatec. Each has a ton of different models, pricing levels, etc. depending on your needs. You’ll need to look at what game you are planning on playing and what controller you’ll need for it. For example, playing KartKraft only means you don’t need a 3-pedal setup or a shift knob. However, if you are going to be playing other games, you might need a clutch pedal or a shift knob. Most wheels are going to retail for $150-$1000+, with plenty of good deals on used stuff if you can find it.

You’ll also need some way to mount all this stuff, which is usually some kind of wheel stand or dedicated sim chassis. Again, it depends on your specific needs. See how much space you’ve got, what your budget is, and how immersive you want the experience to be. I bought a Next Level Racing F-GT chassis because it was about the cheapest option to get a “Formula” style seating position. They were having a sale on them on Amazon for $389 I believe. It’s a really nice piece, I put it all together earlier this week.

Or as Dom said, you can get a pretty good experience playing something on Xbox/Playstation as well. The wheel/pedal options are a little more limited but they do have some nice stuff for consoles as well. Some console games allow splitscreen multiplayer, so you could play two people on one console if you wanted, however it isn’t really the ideal setup, but it still can be a lot of fun. I can’t count how many days me and my friends wasted in middle school rocking some old Gran Turismo with crappy steering wheels.

If you go the PC route, you will need two complete simulator setups to play against each other.

@Bimodal_Rocket Console release is slated for 2019 according to KartKraft!

The iRacing flea market on facebook is a great place to get the best sim setup for your given budget. From mild to wild, someone in there can guide you can even build something custom.

If anyone is looking for a VR headset for Sim racing… This is supposedly a good deal at $110.
I just ordered one. 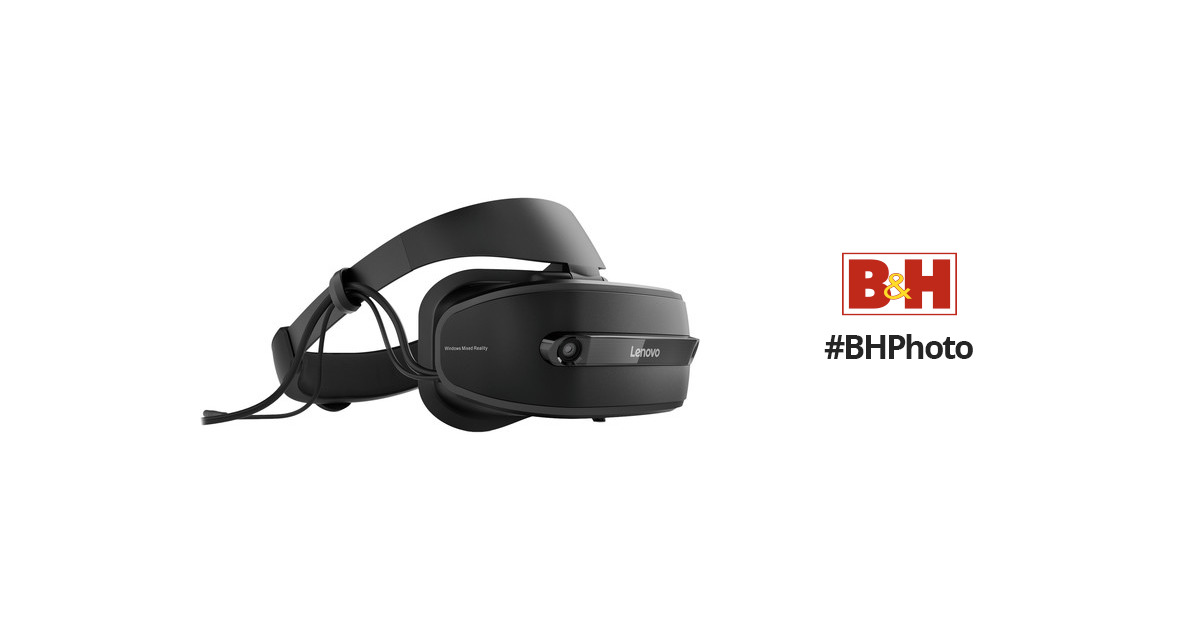 Here’s what someone (His name Pramoda Ravi) said about it

Lenovo Explorer is the best bang for the buck, period.

Pros:
Resolution is slightly better than the Rift
$110
Windows Mixed Reality > Oculus Home
No external tracers
Adjustable headband
Swivel headset (major plus, being able to focus correctly is SO EASY)

Cons:
No mic or audio
SDE is as apparent as with the Rift
FOV is very similar to the Rift

If you bought a Samsung HMD and can’t get the computer to run it correctly because it needs a 1070 or better to function… here’s your answer. Requires very minimum computer requirements which means you can enjoy great graphics with a slightly worse screen than trying to play everything at low settings with a great screen. Trust me, you want the first. Also, for $110… holy $hit, this is a f**ing steal.

Please write about this when you’ve had a few hours with it. Sounds very interesting.

To those looking to get in on sim racing:
This headset has just freed up several hundred dollars you’d have had to spend on a large Tele. That money can instead be spent on a decent controller and mounting setup.

My advice - spend big on something good. 20 years ago I bought a Hyperstimulator on the basis that it will never be obsolete. I’ve loved looking at it in my living room every day I’ve owned it, and the physical immersion (in a 94 Williams cockpit) supplies an experience you don’t get from a plastic Logitech (as much as I love their gear). The controls are racecar-weighted, so it’s a very satisfying and very physical experience.

Whatever you buy, mount it rigidly. If you’re serious, you cant have stuff moving around while you drive.

I’m pretty sure that rig would be of interest to pretty much every major sim racing forum. I’d imagine those were pretty rare even then.

I’m actually thinking about VR for my next rig too.