I use idustrial velcro to secure a Mychron 3 expansion box to a bracket I fabbed for it which bolts to the “ears” that also hold front nassau panel, tied to the steering shaft support. This is on a shifter, & it holds it securely. A patch size of sufficient surface area is all it takes. Stuff is quite tacky, but the box can still be removed.

Use a GPS enabled cell phone?

though, i doubt the sampling frequency is high enough to be accurate.

You’re right, a smartphone is most definitely not accurate enough. In addition, it wouldn’t allow for any live monitoring while racing.

Honestly, mounting a Mychron is a 13mm wrench to take the nut off the back, and unhook the RPM lead.

Does it work well if you don’t hook the RPM lead?

The solo (at least the original) has powerful magnets built in and comes with a steel bracket I easily fixed to my kart steering wheel. I added a zip tie for additional safety to insure it stayed in place. The backing plates are like $15 each and having multiples would be convenient.

Can you share a couple of pictures? Why would it be convenient to have multiple backing plates?

In my opinion the predictive time feature is one of the greatest learning tools it provides. You can try something different in real time and determine if it was faster or slower than your saved reference lap instead of waiting until after the session to look at data. Mychrons with GPS will do this also.

This is something I am very interested in, especially during qualifying sessions in wet/unknown tracks.

There is a downside on the kart. The g- force Data is going to be garbage if the decice is mounted to the wheel as you need to calibrate it in a static position in the car for the data to be correct, and in the car it never moves like it does on a kart.

This makes sense, though. Would it be better with the MyChron?

Pana,
First thing first is find out of a data logger will be allowed. You can just do it and maybe it will be outlawed at some point by the track.
Secondly plan on moving it every session if they rotate karts.
I’d also consider a seat insert if all the rental seats are the same. Of course you may also benefit from moving over in the seat on purpose too.
I have a SOLO to try. The mount is steel, has strong magnets and tabs to interface to the SOLO. Someone added a GoPro mount to it, so that might be an option. I’m think adapter between wheel & mount is the only way to go.
Part of the rental league fun is driving by the seat of the pants and sensing what works and doesn’t.

First thing first is find out of a data logger will be allowed. You can just do it and maybe it will be outlawed at some point by the track.

I have checked with the venues and they do allow telemetry devices to be attached to the rented karts used in the races.

Secondly plan on moving it every session if they rotate karts.

The karts will be assigned to each driver randomly at the beginning of each race. No fleet will be repeated, as we will race at a different venue (and use their karts) every other weekend.

I’d also consider a seat insert if all the rental seats are the same.

I will check this, thanks for suggesting it.

I’m think adapter between wheel & mount is the only way to go.

Care to elaborate? Perhaps you can share a picture?

Part of the rental league fun is driving by the seat of the pants and sensing what works and doesn’t.

I definitely agree but at some point I need to be able to determine what actually works and what doesn’t. I feel that intuition can be extremely useful but also dangerously misleading at times. 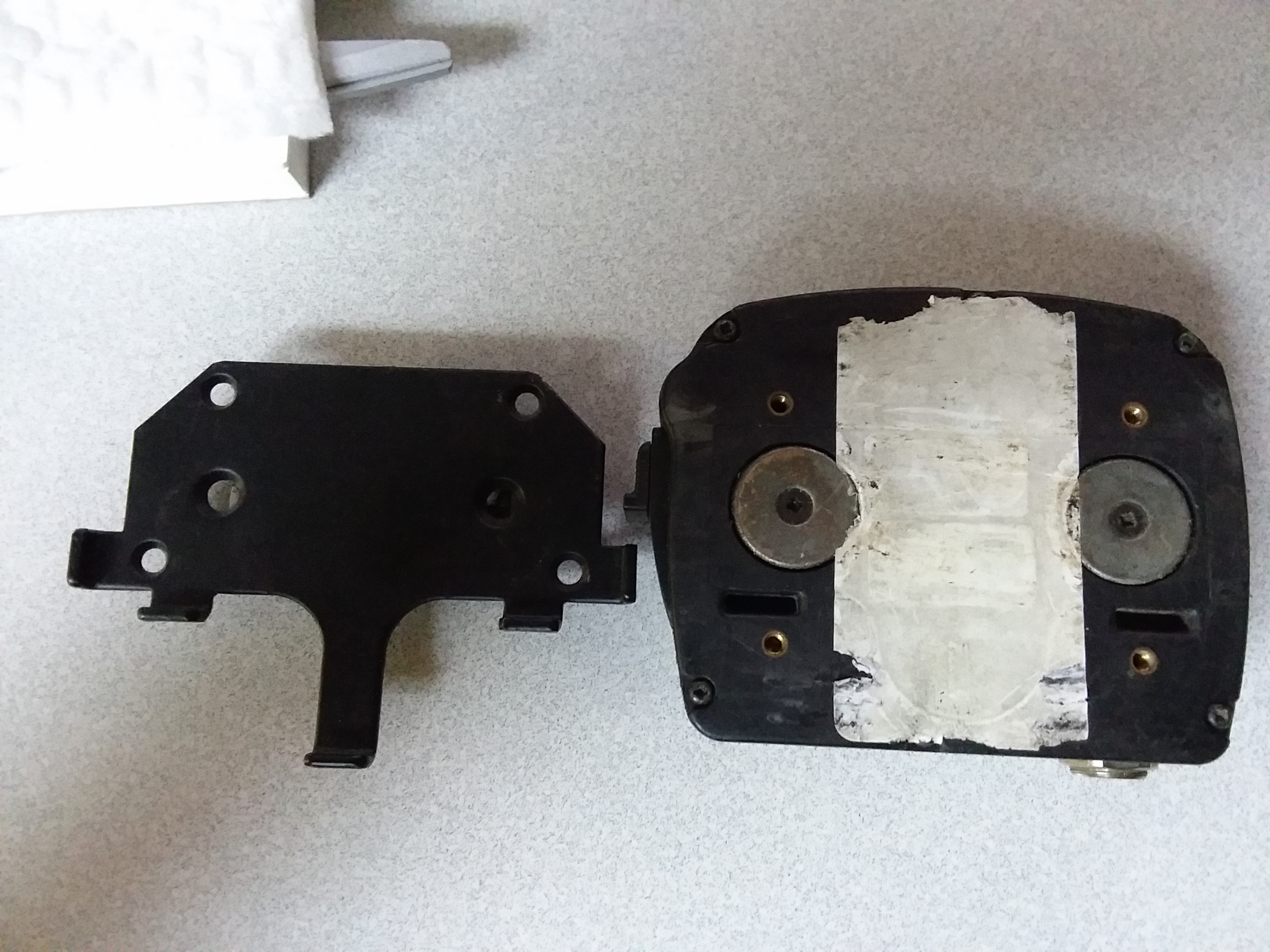 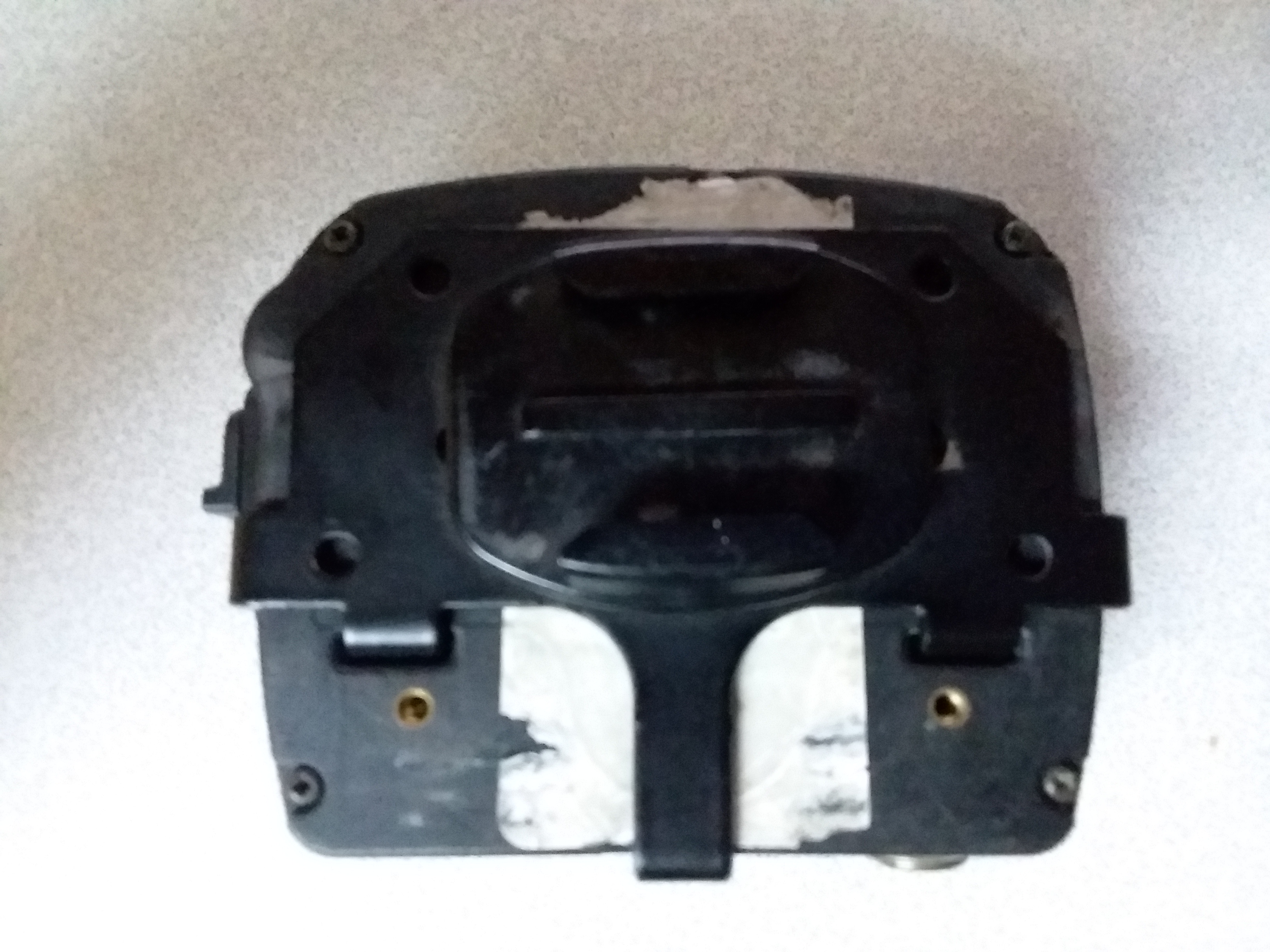 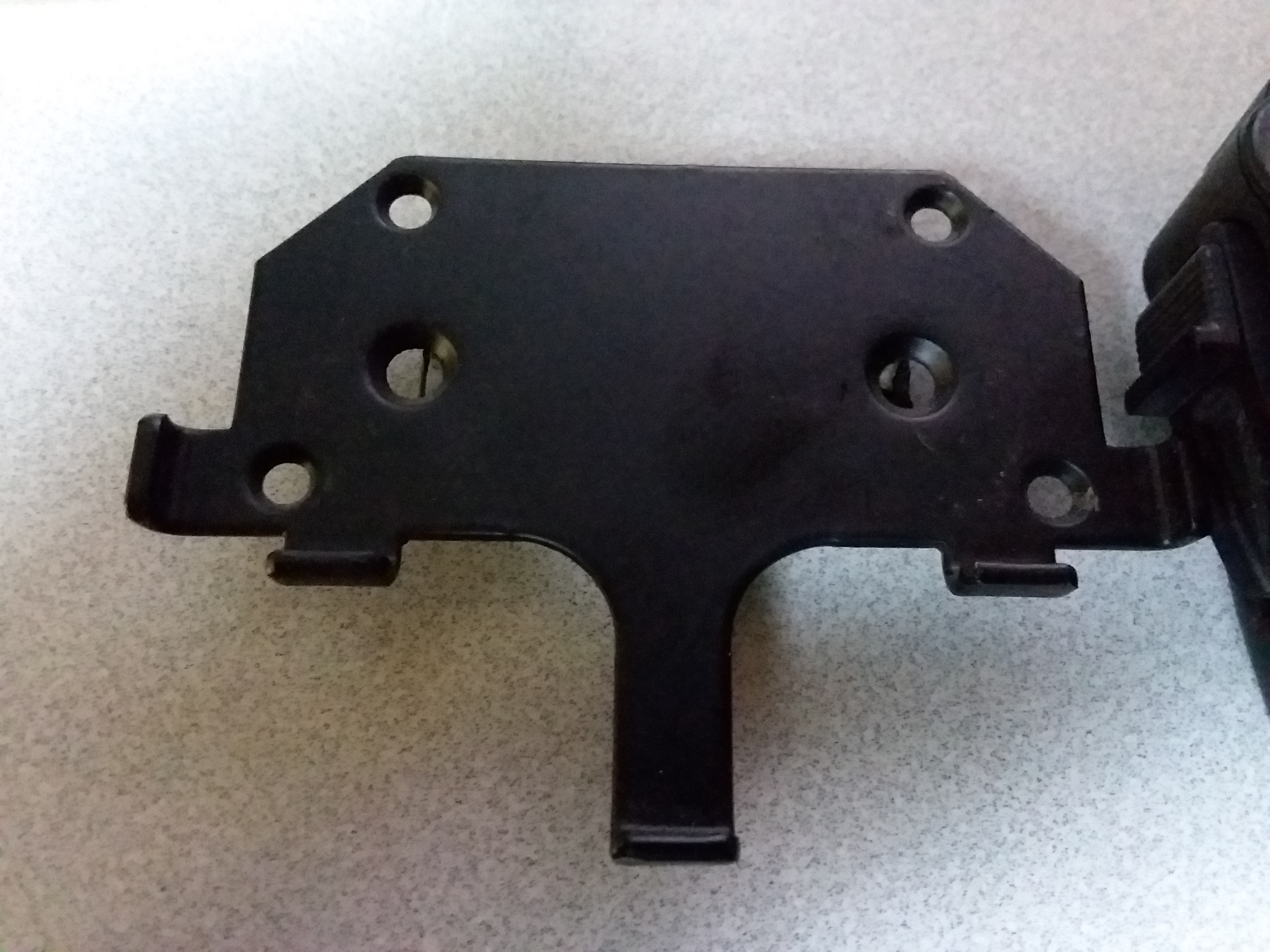 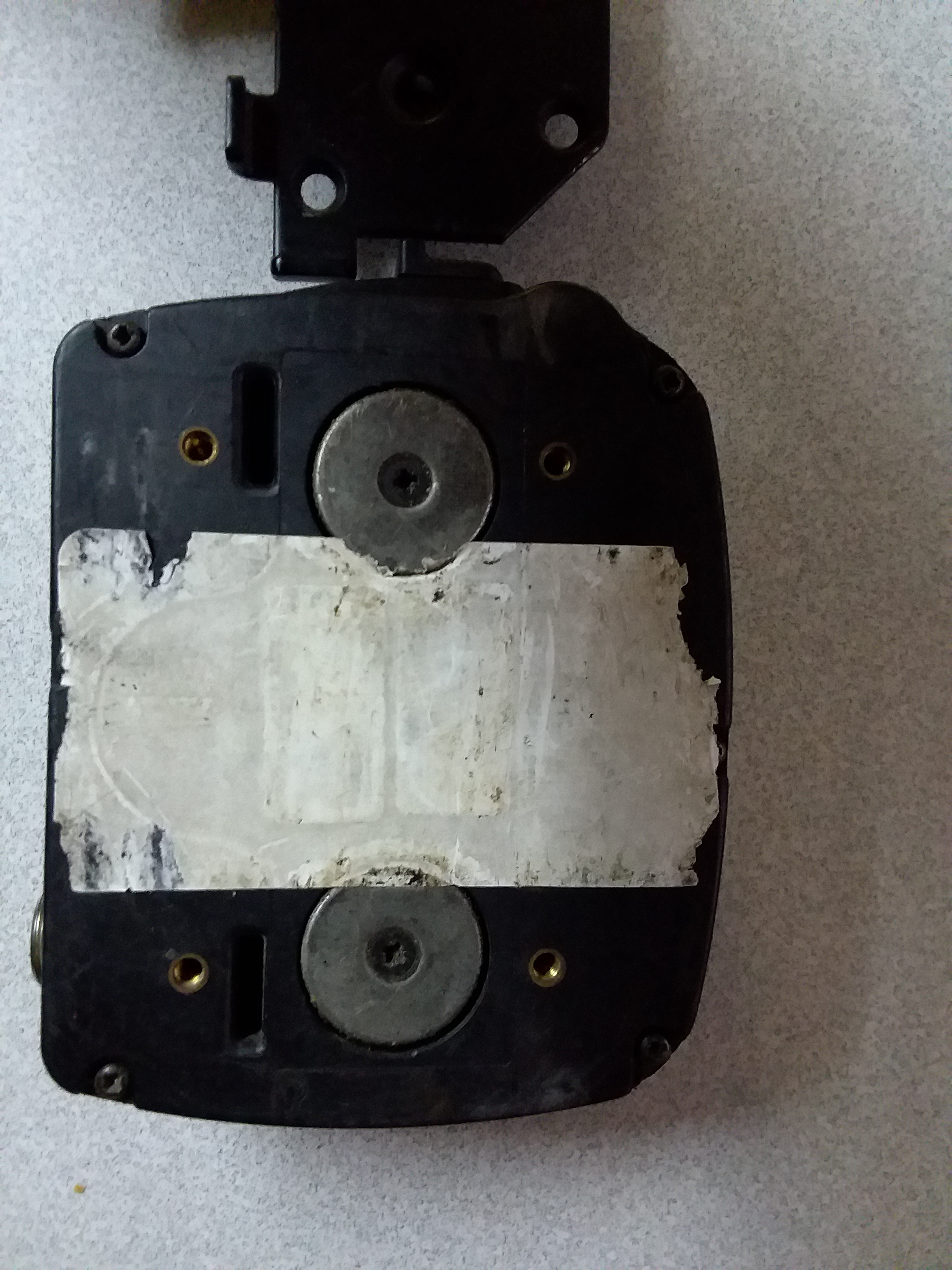 There are also some brass threaded blind holes in the back as well.

Part of the rental league fun is driving by the seat of the pants and sensing what works and doesn’t.

I definitely agree but at some point I need to be able to determine what actually works and what doesn’t. I feel that intuition can be extremely useful but also dangerously misleading at times.

I was more adamant about using a data logger at first. Now that I can consistently perform well in the races I’m not as jacked up about it. I finished second last race. Part of me wants to win on equal terms even though I have read “The Unfair Advantage”.
I have found a camera to be pretty useful, but that is not and instant feedback thing. I do feel it has helped me become better about where to look, how far ahead and that sort of thing.

There are also some brass threaded blind holes in the back as well.

Thanks for posting the pictures. How exactly would this fit into the stock steering wheel of a Sodi GT4R (picture below)? 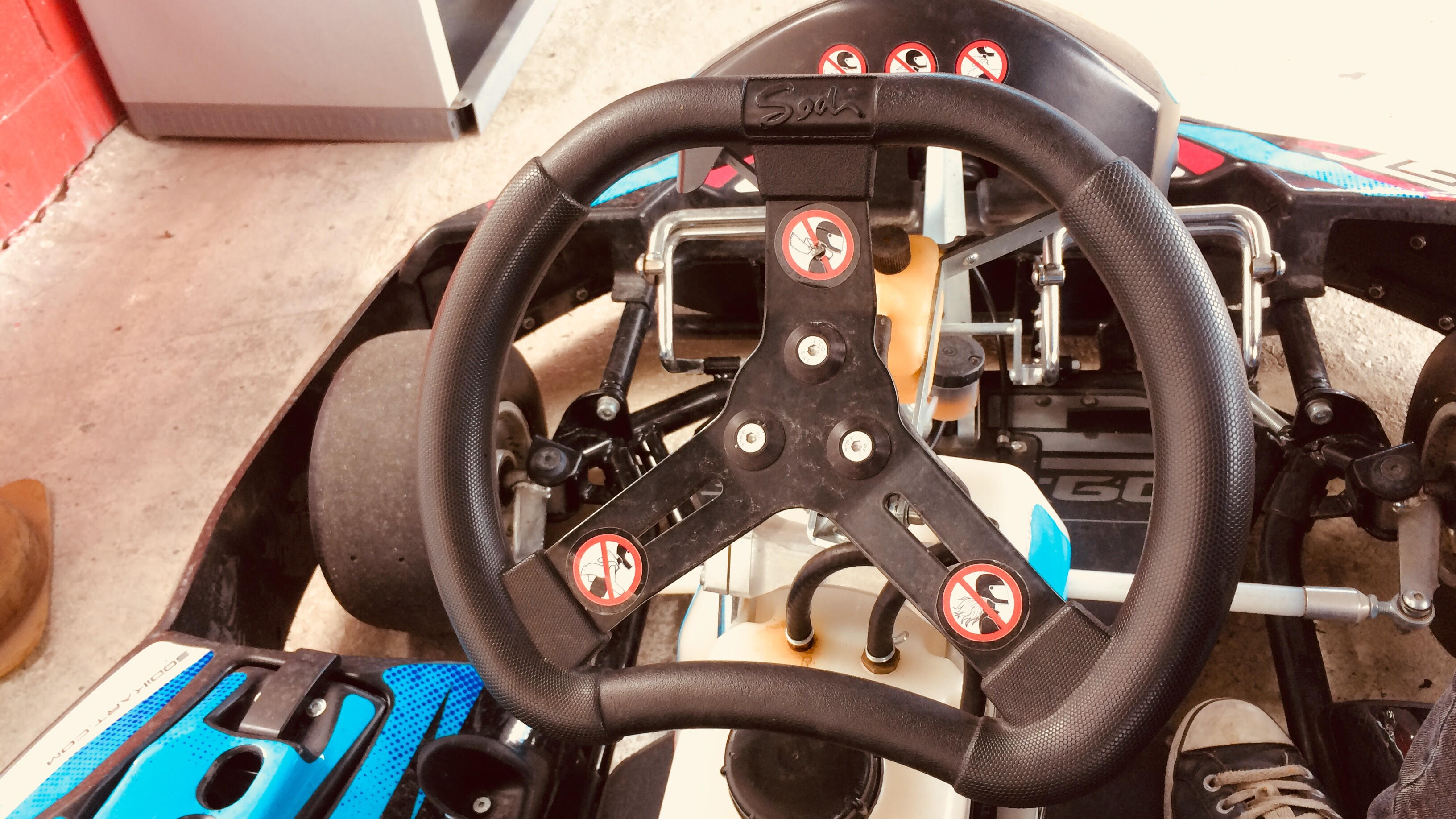 I don’t have a definitive answer. One reason I started doing rental league was not really having time. So no time to figure it out. TBH also partly because I don’t want to change the complexion in rental league into a spending war either. I could lose 20 pounds and still make weight, karts aren’t real even and some require adaptation in driving style. So I have bigger issues to solve. But your post has me wanting to get going with it & try the SOLO.

I would look at a way to mount the metal piece to something that attaches to the wheel via velcro. The basic issue is nothing will fit between the mount and unit without spacing the magnets out. 2 or 3 diver watch straps, toe straps from bicycyles or velcro cord wraps might do it, if attached to the back of the metal mount. Zip ties might work but I hate wasting things and still there is the thickness.

I went to race rental league today. It was wet & I don’t like to use borrowed electronics in the rain, so no data report.
I did get some pics of the mount next to the steering wheel. 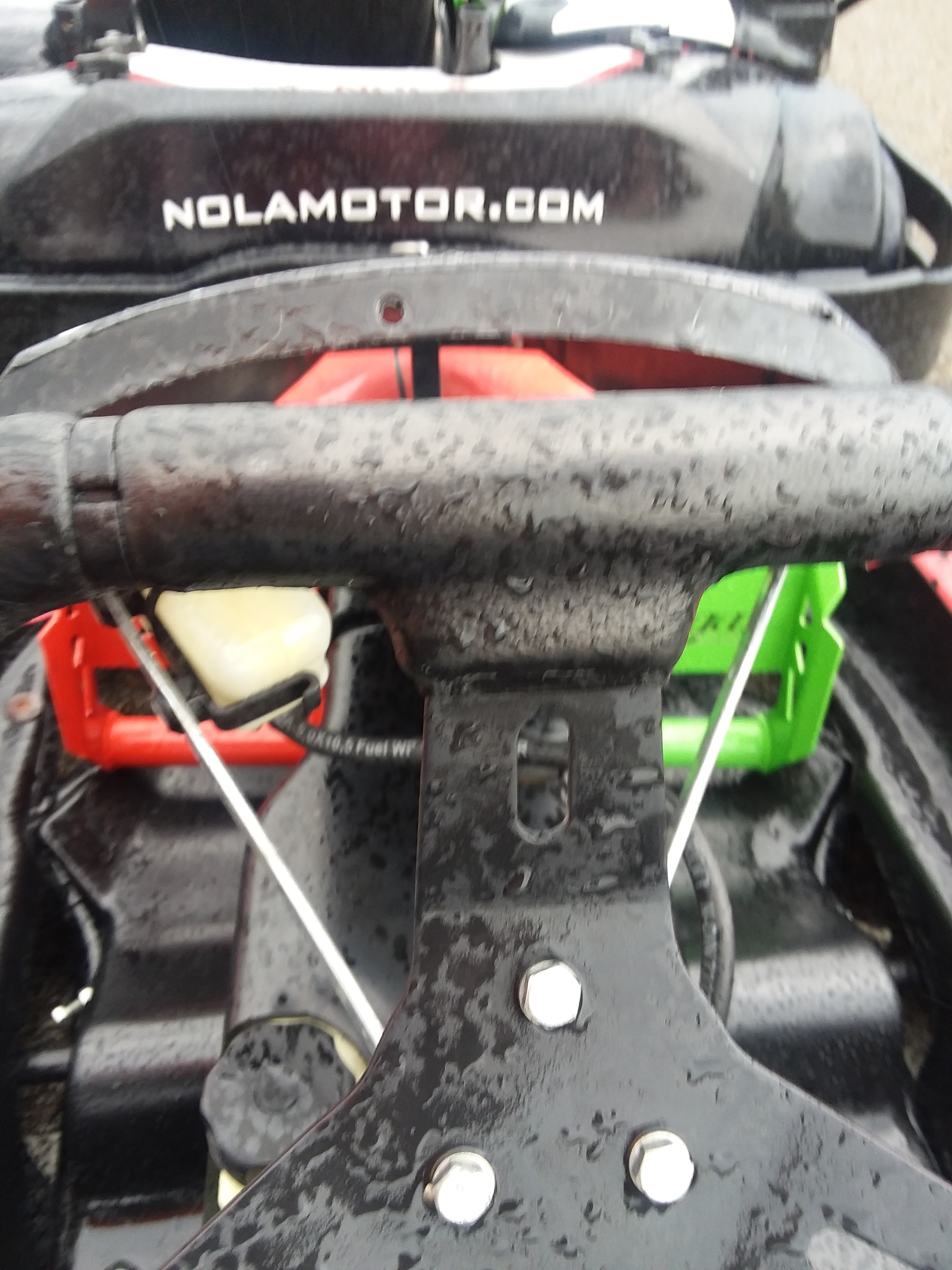 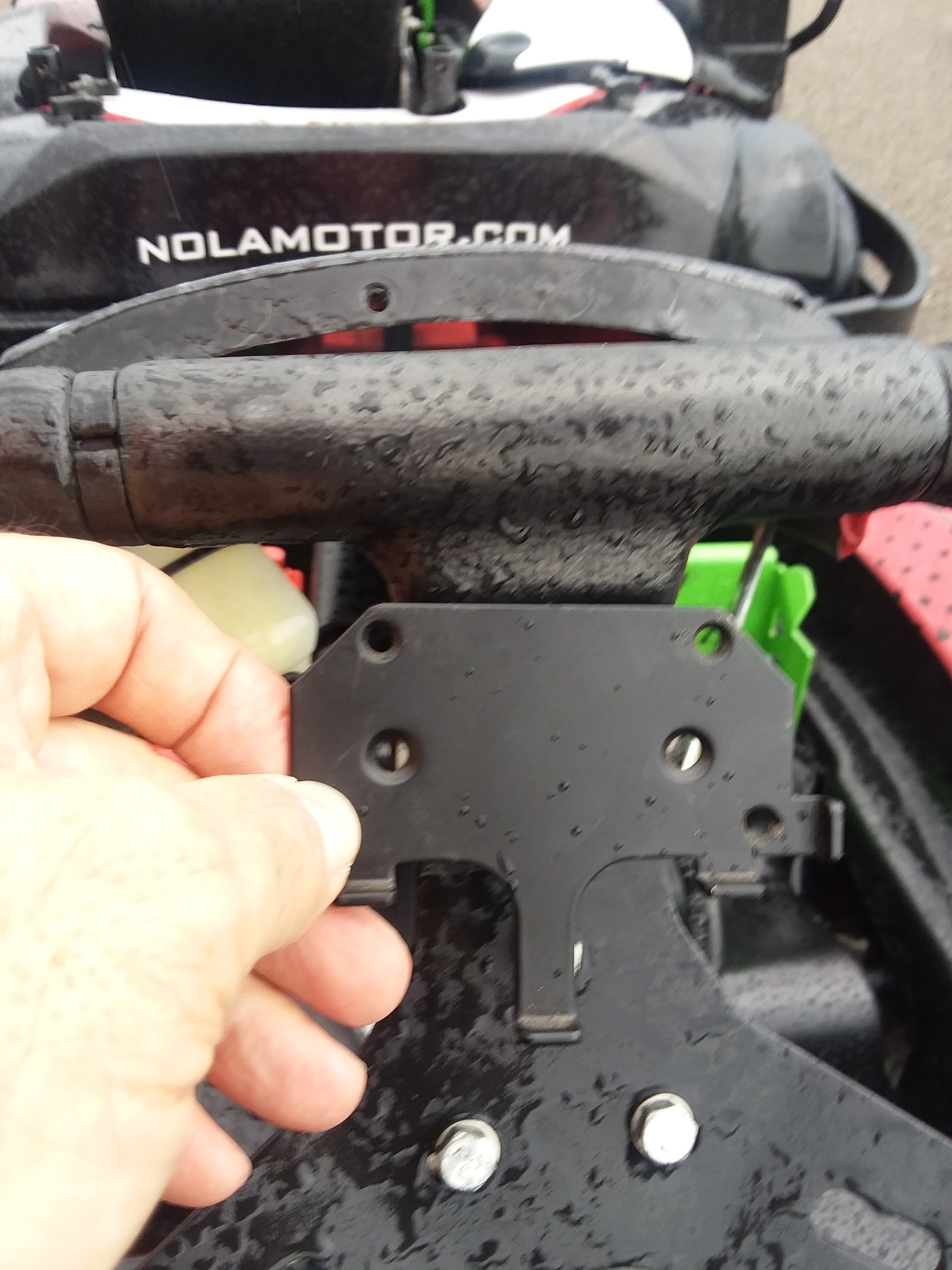 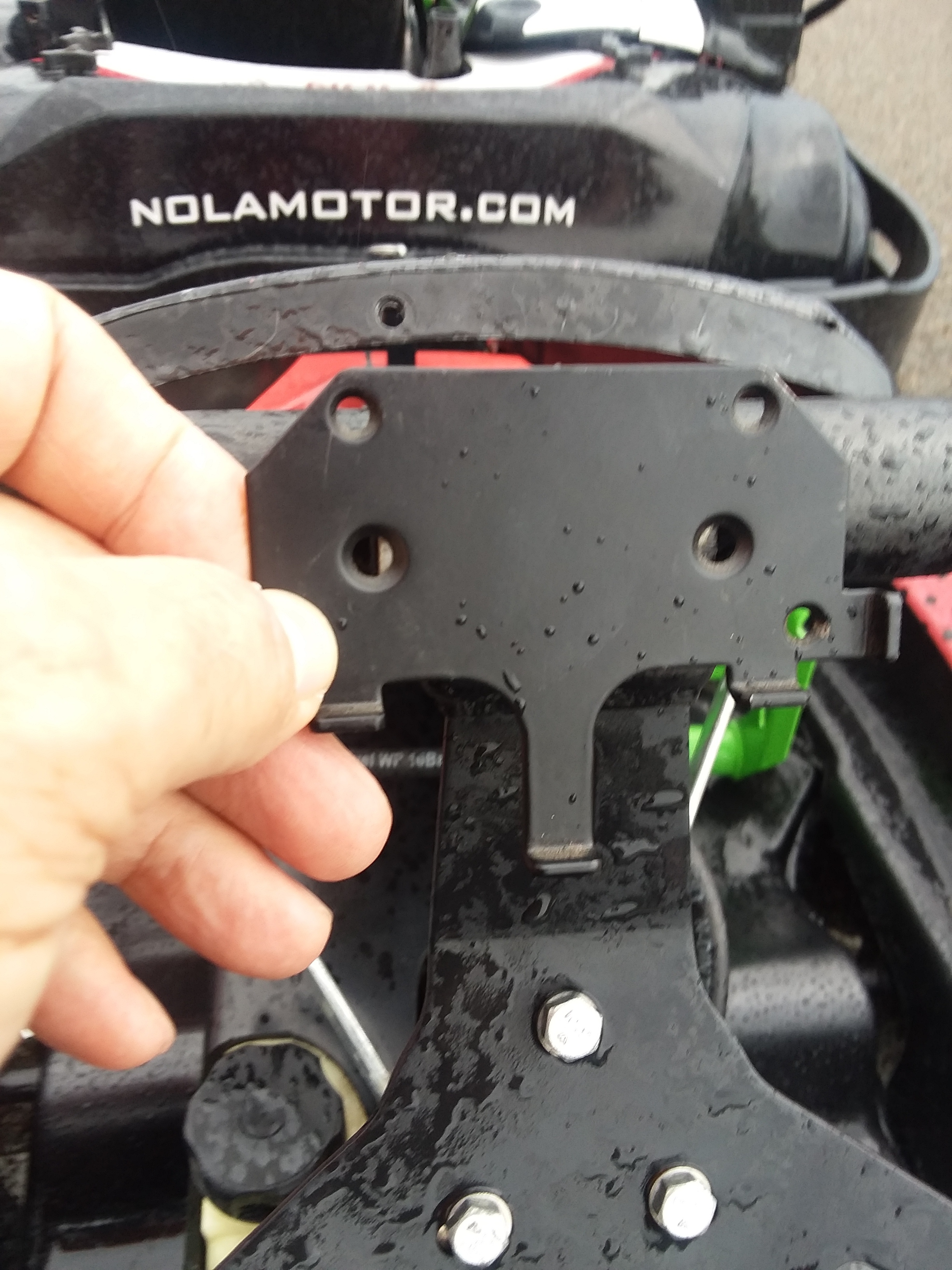 Thanks for the pictures. Doesn’t seem trivial at all to fix that mount to the steering wheel. I’m no longer sure that velcro is a good idea either. Hopefully you can try it out yourself when it’s dry and report back.

I wrote to AiM about fixing the Solo 2 to a kart steering wheel. This was their reply:

If it is a one off, you will need to use the bracket that comes with it, and a cable tie.

If it’s a more permanent solution, then the bracket can be fixed to the wheel very simply, and the Solo taken on and off as needed with the simple location system.

It’s not clear to me how cable ties could be used effectively in this case. What do you think?

The mounting bracket is below. What holes would you use for the cable tie? 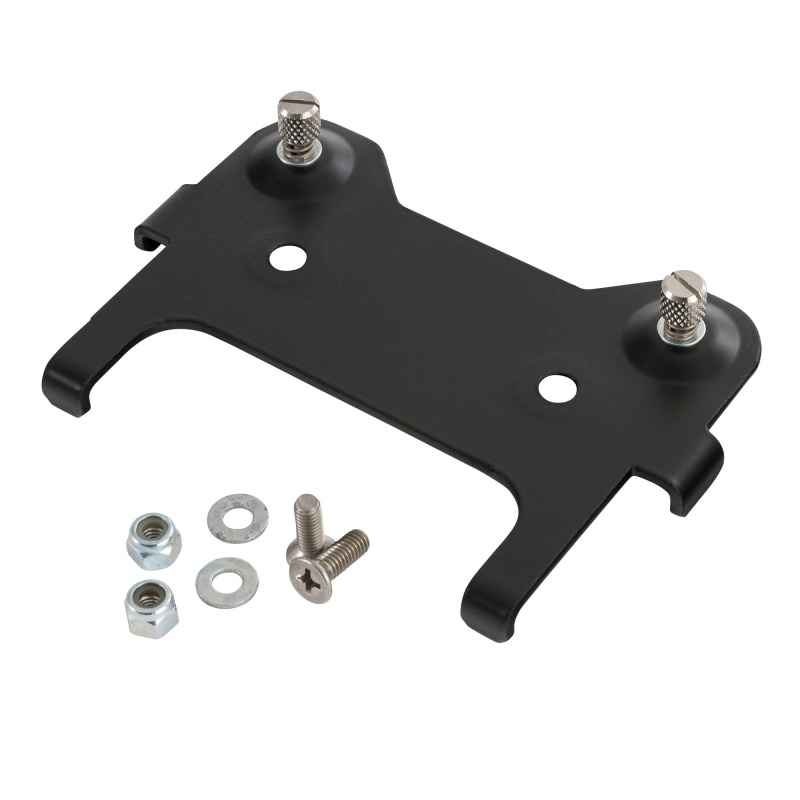 That is why I think an intermediate piece would make the most sense. That way you can optimize the fit to the wheel and then to the bracket.

Even a slight gap of about .045" - 1 mm between solo and bracket reduces the magnetic force a decent amount in my opinion. Not a big deal in a car. I’d say it is borderline in a kart.