Does anyone have any information on this radiator? There were a few of them floating around at USPKS this weekend at New Castle. 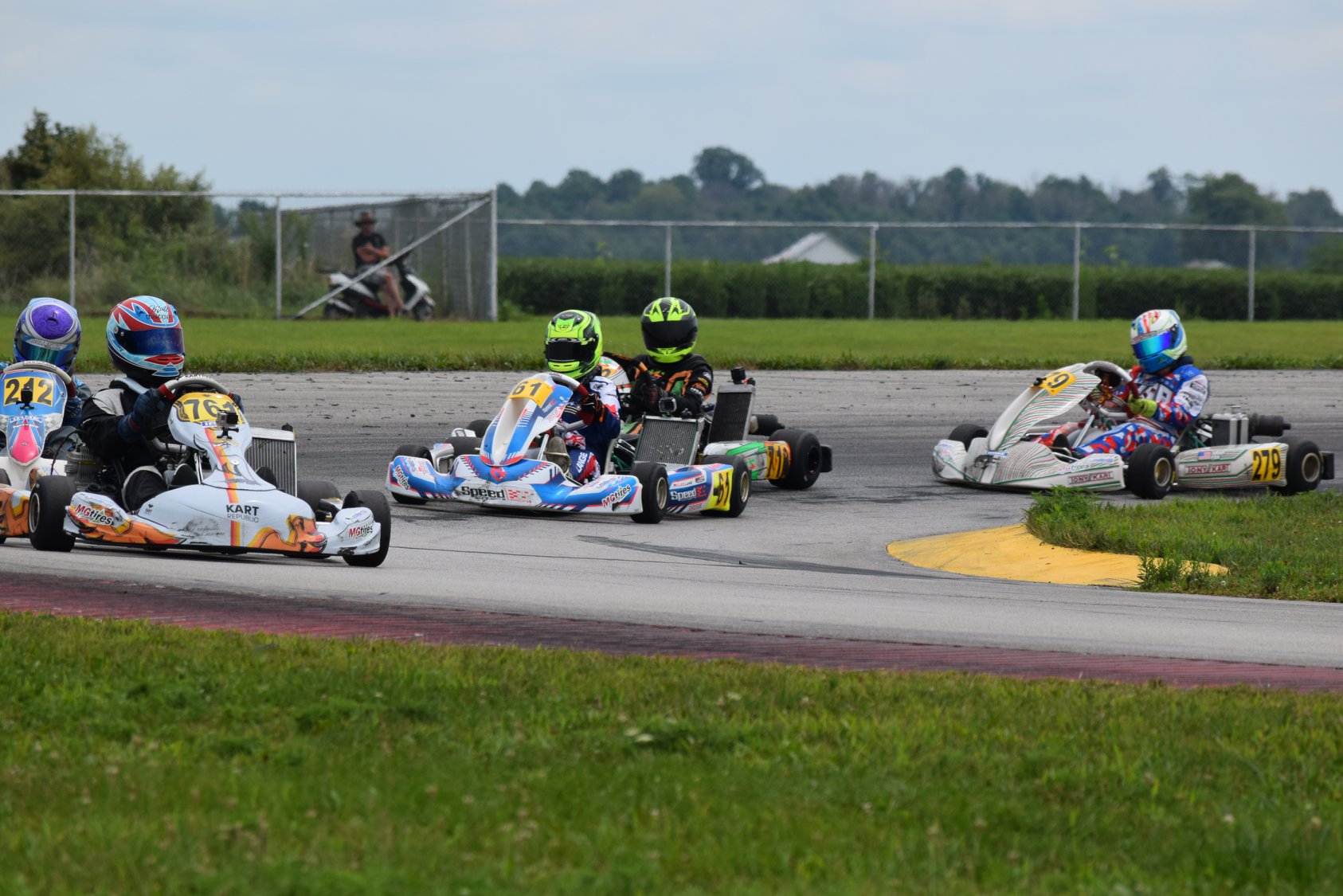 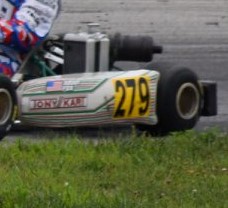 If all else fails, proper ducting is worth doing… We don’t seem to bother in karts for some reason though

I don’t have any specific info on it, but I imagine it’s to reduce frontal area compared to a huge standard radiator. I know Billy Lewis and the guys at Ultimate Kart had experimented with some unusual radiator setups at New Castle before quite a bit to test the aero benefits of not having a big metal sail next to your arm.

Thanks! It was a fun weekend for sure. I was very happy with the weekend barring my steering malfunction.

I don’t know about the radiator, I didn’t even notice it over the weekend (and I watched all the TaG races) so apparently some people are a lot more observant than me.

Water cooling is above my experience in racing so far, but a quick google search tells me that having a thicker radiator, or two stacked radiators, will not cool as effectively until we get to high air flow opposed to low air flow. https://www.ekwb.com/blog/radiators-part-3-surface-thickness/ This is for computers but I would believe the principle applies to karting or cars as well. As a result, my thought would be that if you can get the same cooling from less frontal surface area, there would be an aerodynamic benefit.

Due to the requirements for higher speeds, this may be more effective at New Castle as opposed to, say, Badger which is a much slower circuit.

I would expect it to be less efficient at cooling but it may still be efficient enough to keep the engine running at operating temperature. How much drag it reduces overall is probably less than 5% i’d expect.

This seems like a better way of doing it but I haven’t seen one actually used yet. 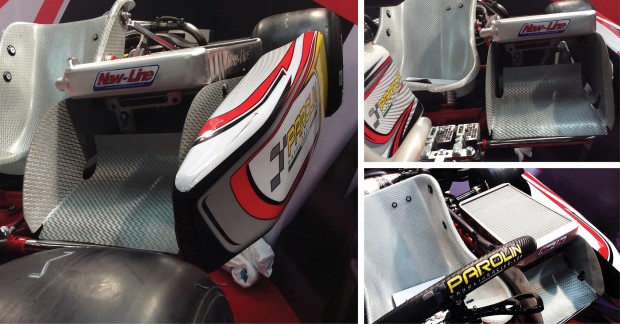 Long circuit gearbox karts usually have a layed down rad but on there side. 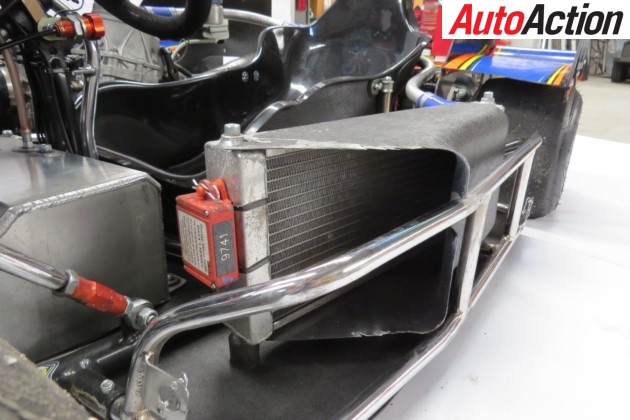 I’ve seen the horizontal radiator before, like you though i’ve never seen it in person. Is there any requirement on how radiators are mounted?

Actually, a thicker, smaller radiator can cool just as effectively, and sometimes more so, than a larger thinner radiator. The key is the flow speed of the coolant through the radiator (slower is better), as well as the volume of coolant in the loop (more is better).

I’m actually working on a fiberglass scoop and custom radiator mounts for mine to put it in the horizontal position as the first photos show. For the series I participate in, there are no regulations for my class. So the less drag (especially on road circuits), the better.