I was going through some of my belongings this evening and moved my set of special flags off to the side to make room on my table. On top of racing in the Gearup Challenge, I had the privilege of being the head flagman for two years prior and still work with many other smaller series. For me, the checkered flag is the coolest part of ending a race. I own two pink checkered flags for October (breast cancer awareness month) and recently added two red, white, and blue checkereds for Memorial Day/Fourth of July.

I brought them over to the Gearup Challenge last weekend only to be told people would have a problem with this. I was rather confused, unsure of why anyone would have a problem with it. For years, my local oval track used special checkereds to signify certain events (the red, white, and blue checkereds being one of them) and I was significantly inspired by them to give the karting series I worked with a unique flair.

My main thought was if anyone saw a valid issue with this that I may not be understanding? I have my own wondrous way of how I think things should work, so I’m always looking for some insight from others to make sure I’m not having a bad case of the dumbs. 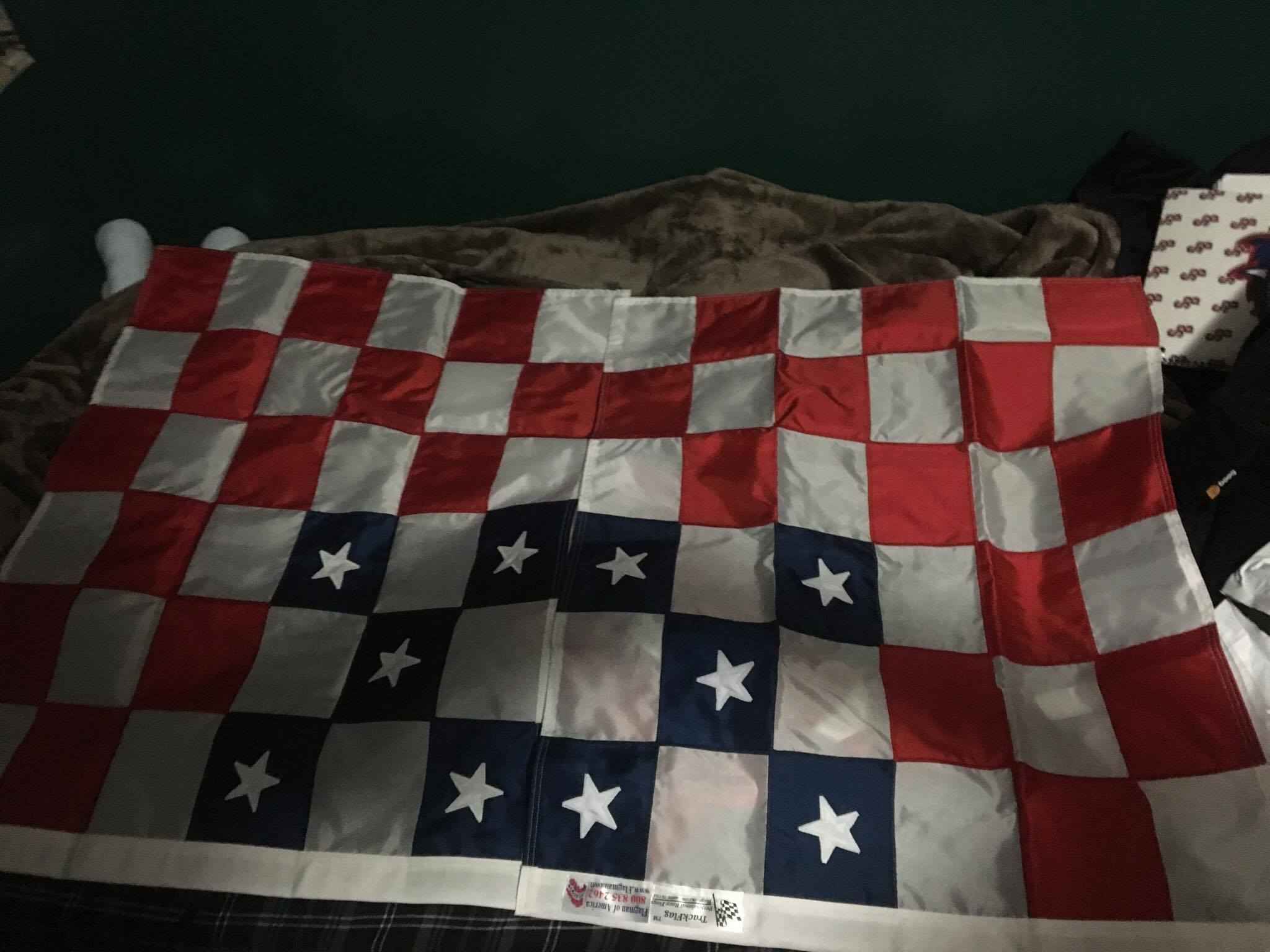 Hey there Justin,
It’s definitely a cool idea. I wonder if people were objecting from an officiating standpoint or some sort of personal one?

Historically and technically they checkered flag is meant to be black and white. From a consistency and clarity standpoint, which can spill over into saferty I can understand.

On the other hand, it is a cool idea and I think most sensible people would understand that it’s a checkered flag and what it represents.

I brought them over to the Gearup Challenge last weekend only to be told people would have a problem with this.

Who told you and what people I guess is the crucial part.

I would hope that after receiving the two sticks, then the white flag that people would be able to piece together that the checkered flag comes next, but I guess that’s being optimistic nowadays.

I was only told by the series owner and really not given much of an explanation other than how I worded it before, which didn’t sit well with me because the picture of me waving the pink checkereds is from October at another one of his series lol.

Sometimes the race weekend is just a bad time to talk about these things. Maybe followup with him.
(He’s on the forums BTW)