Is it possible load/unload a kart from the upper position using a 1 person (ie. electric) stand?

Yes. For around 750 bones, you can buy a one man operation. I don’t use one but I know there are several brands such as “streeter”.

I never seen one for the top level of a dual kart stand. If you find one I would also be interested!!

I don’t think so, its too high. I have used an electric stand to pick up or drop off a kart on the bottom but it needs to be lifted by hand to get one on the 2nd level.

Whoops missed that part about stacker.

I used to load my kart into the bed of my Silverado, which is about as high as the upper half of a Streeter or KL stacker stand. The 1 potential problem is that the stand wheels can’t lock, so it could potentially roll while trying to maneuver it on.

I load and unload the top kart with one man on to a stand. It helps to not have a heavy kart.
I have been meaning to film this as I get some looks of horror when I do it.
Don’t try this at home.

This is the least bad picture of our rack. 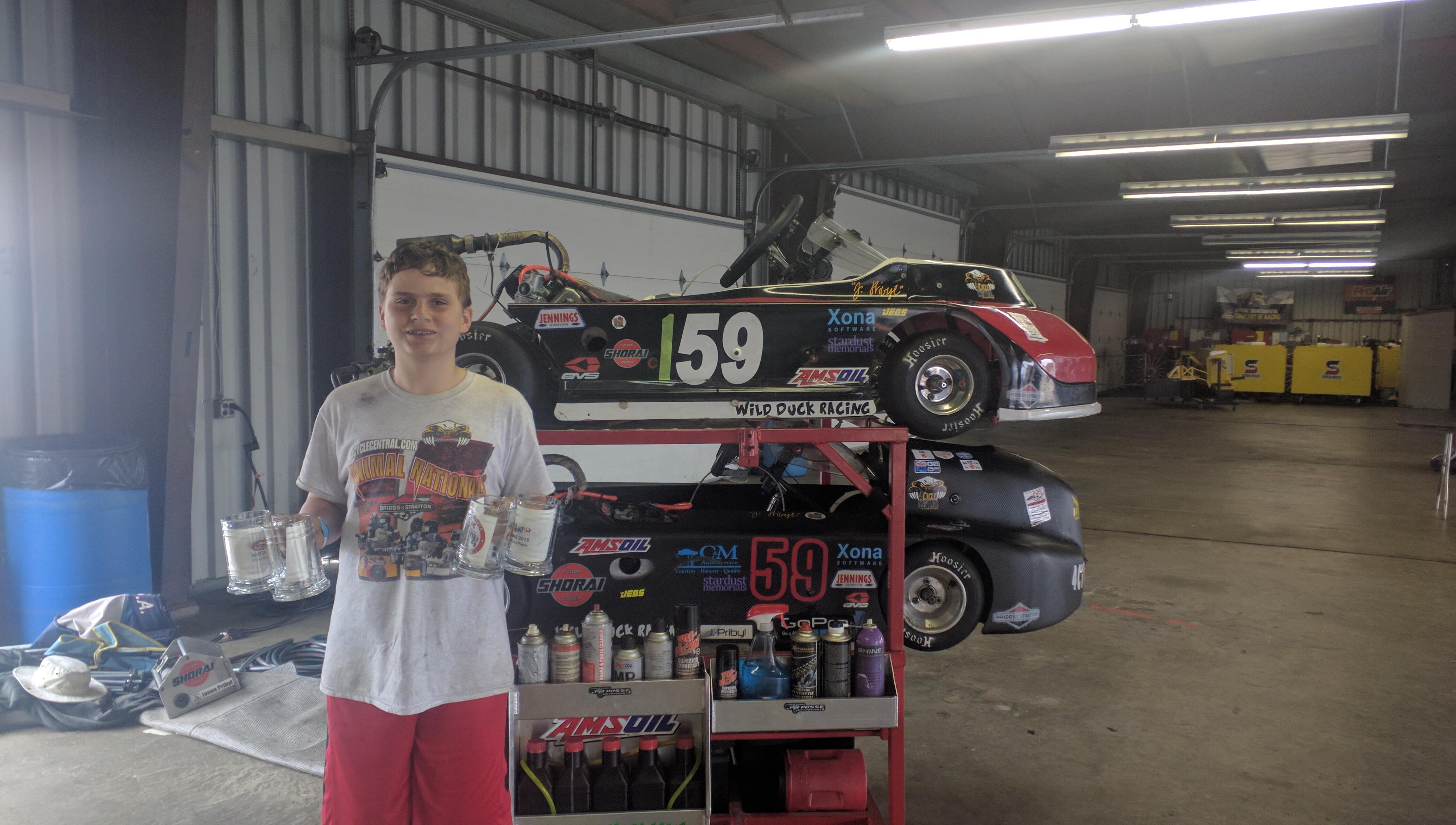