The IAME 175SSE Dyno Test and Curve from SRS and MRC

Shared by SRS Engines on Facebook today. Interesting stuff. Sounds like a stump puller of a motor. You can see more SSE topics by clicking: #iame_sse 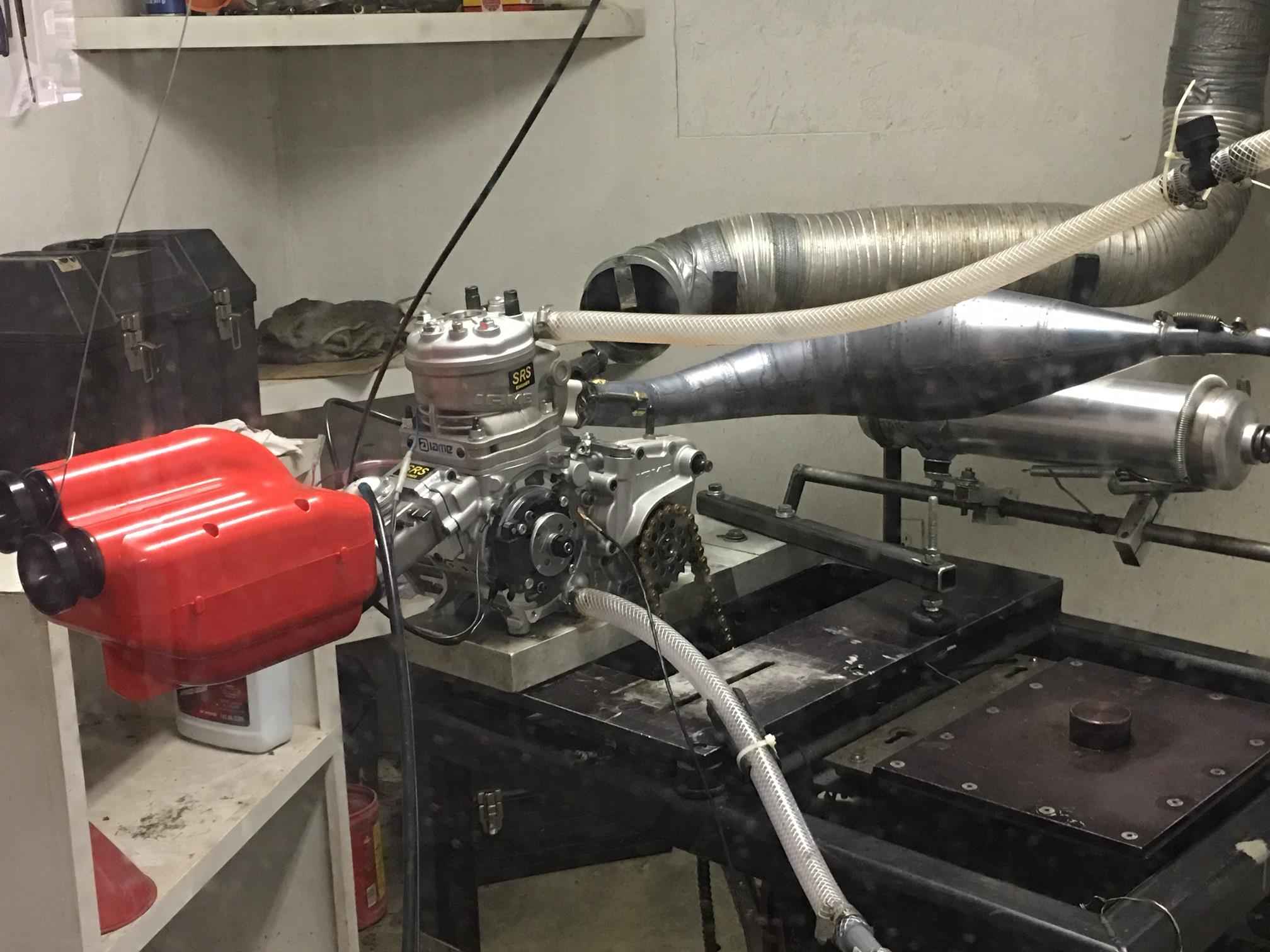 Here is a screen shot of the dyno graph for an out-of-the-box SSE175. 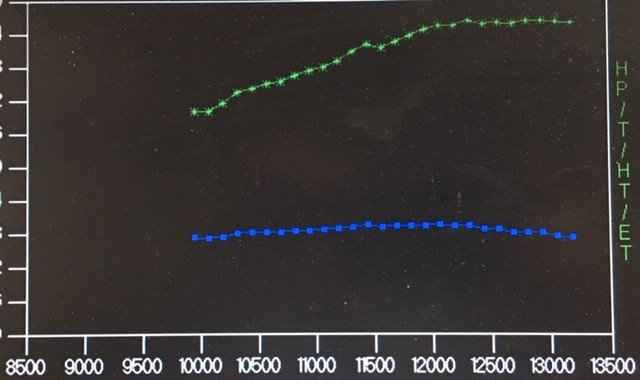 That is pretty impressive compared to the best Stock Honda’s that peaked at about 37hp and signed off before 12900. In fact this is in the peak power range of some of the best mod Honda’s but with a much wider power band and much better reliability.

Remember that peak hp numbers will vary from dyno to dyno and day to day.

The point to take away is that on the same dyno under approximately the same conditions, the SSE175 makes about 16% more power over a wider rpm range than a national level Stock Honda.

Oh, and by the way, it costs way less than a national level stock Honda or mod Honda. The high torque and wide band should make for fewer gear shifts and better ability to overcome the increasing drag caused by tire rubber build up on the track at national events.

The big question is the durability. How well do they hold together and how much maintenance will it require?

I’m all for a strong and reliable engine that is easy to service and get parts for.

A couple of days ago, IAME USA West released an information sheet that included a few maintenance intervals for some components of the engine.

With most KZ engines, the maintenance interval suggestions I’ve seen are measured in liters of fuel consumed, not hours of run time. Which makes it a little harder to compare this engine with those KZs. But the SSE’s 8 Hours between top end piston changes seems a bit longer than what I’ve seen for other motors. (Some KZs I’ve read list 30 liters of fuel, sometimes as low as 20 liters, between top end changes.)

I think most people used to KZ’s will consider that good. I admit I was hoping that with material advances it would be at least near a 20 year old Honda design at 22.5 hours for the top end with the bottom unspecified. I assume that’s as good as can be done for the money with higher piston speeds and barely-there 2-stroke vapor lubrication.

I wonder how much that could be extended by requiring pre-heating of the engine to at least coolant operating temperature.

It does appear that quite a few people are selling off their cr125 engines now after the rule announcement to buy this package, and verses the rok 125 you might as well for the price.

I wonder how many liters 8 hrs translates to?

Generally you’ll use less fuel in sprint of course. So it looks to be in ballpark with your ES.

Carb info from SRS today from Facebook. Again, capturing here so it doesn’t get buried and missed by google.

The Tillotson HB-15A diaphragm carb on the production SSE is not your garden variety TAG diaphragm carb. It is much refined and tailored to the SSE compared to the unit we tested a year ago. The part throttle operation has been adjusted to give a smooth, linear response just as a correctly jetted slide valve carb such as the Keihin PWM38. There is also a mixture enrichment circuit that operates at near full throttle settings. Together these changes make manageable the SSE’s prodigious 175cc torque.

Operation is very similar to a variable venturi, slide valve carb such as the as the PWM38 used on the Stock Honda’s. At or near wide open throttle (WOT) the main 34mm venturi controls most of the fuel flow into the engine through 2 passages. Fuel regulated by the high speed needle flows into the airstream through the main dump tube. Auxiliary main venturi fuel enters the airstream through a passage slightly behind the main venturi. This auxiliary flow is controlled by a slot in the throttle shaft that opens this fuel passage near WOT. The accompanying photo shows the position of the auxiliary fuel passage. The wire inserted into the passage marks its location and angle.

At low and mid throttle, the butterfly limits air flow, but also acts as a variable venturi opening. Fuel flow into this “variable venturi” comes from holes in the throttle bore near the edge of the butterfly. The position and size of these holes tailored to the SSE act as the needle/emulsion tube and pilot jet circuits in slide valve carb. Fuel to these holes is adjusted by the low speed needle.

Idle mixture adjustment is controlled by a 3rd needle to regulate idle air when the throttle is closed.

On the dyno the SSE and HB-15a reacted to throttle input similar to a Stock Honda. Track testing to come will give the final answer for throttle control on the SSE platform. 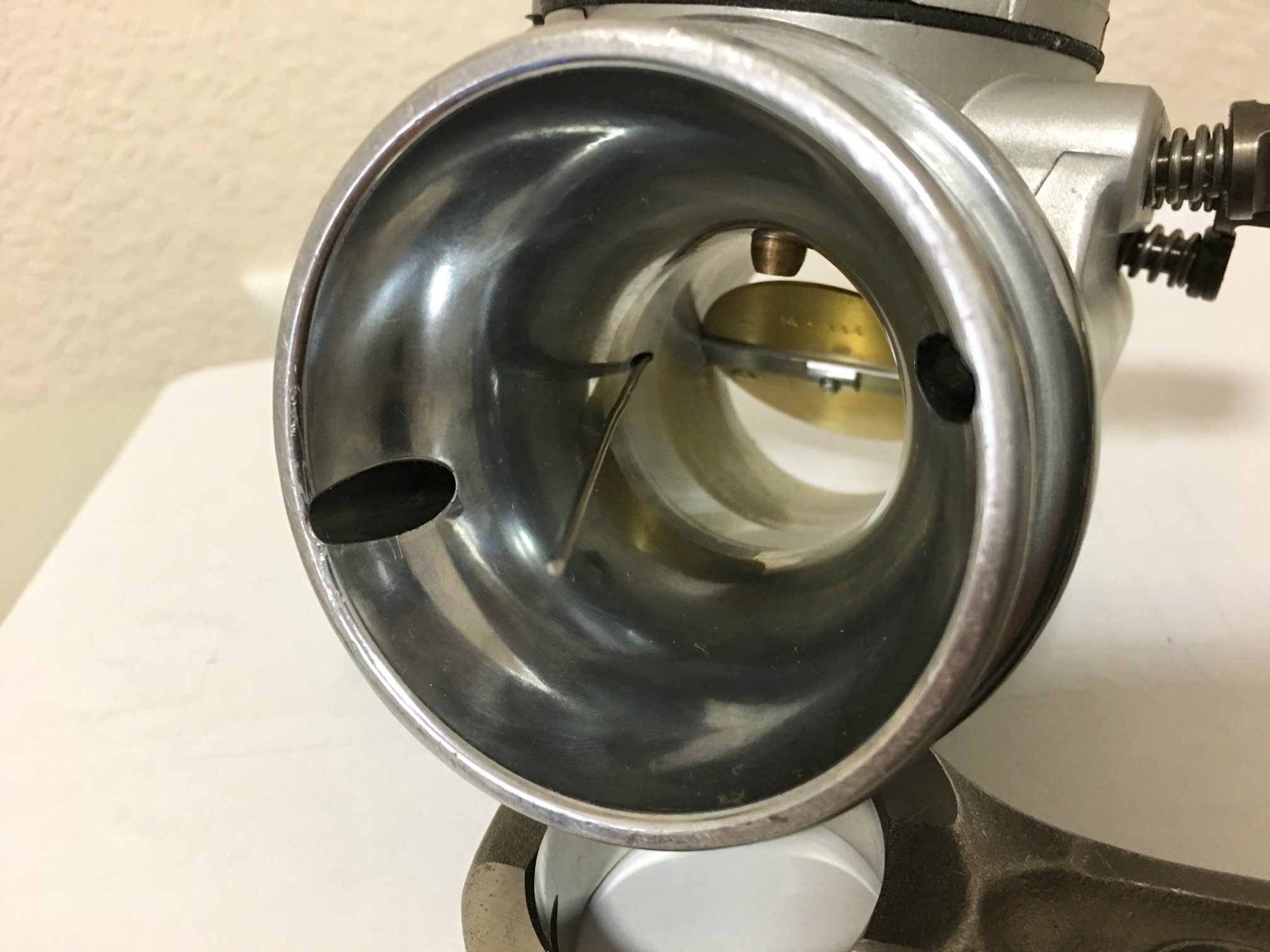 Here’s the report from MRC. Screenshot is a bit duff, because it came from the video…

Looking beyond peak power though, there’s a fair difference the area under the curve at the top end between the KZ10C and the 175. So where the 175 is making more on the peak, it’s giving up a decent amount on the top end.

The absolute HP numbers don’t matter as much as the relative numbers, which puts the 175 something like 15% ahead in HP.

More comparative dyno numbers, this time from SRS again…
The most notable being the smaller difference between the Rok and the SSE 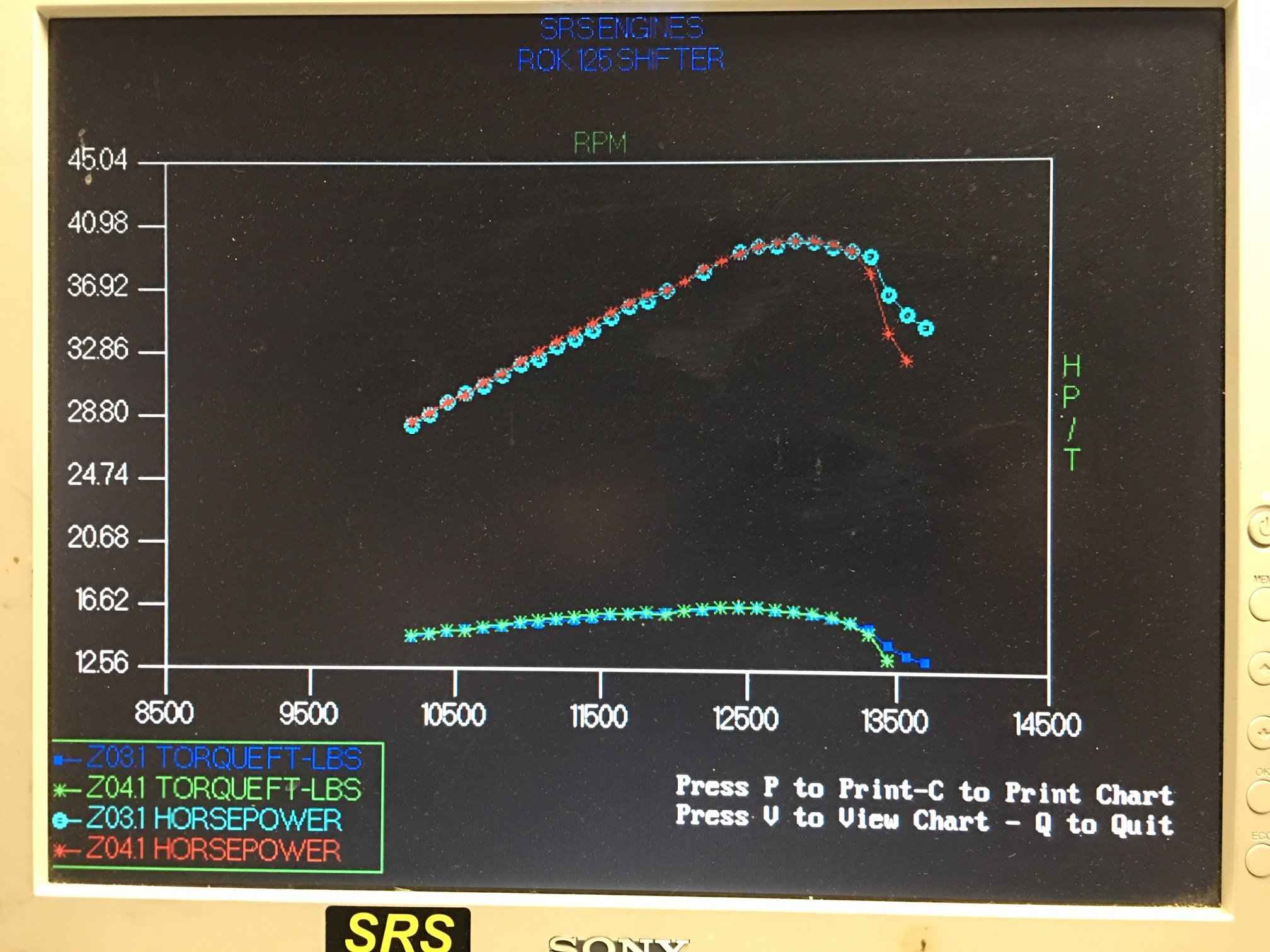 This dyno test confirms the relative power ranking of the SSE, ROK Shifter and Honda 125. The SSE is the most powerful at about 42.4 hp. The ROK is next with 40.05 hp. And the Honda is last with about 37. These data are raw and uncorrected and runs were made on days with about 600 ft density altitude.

Again, absolute numbers should be taken lightly, but relative numbers of each package on the same dyno, same day are interesting.

ROK Shifter Dyno This dyno test confirms the relative power ranking of the SSE, ROK Shifter and Honda 125. The SSE is the most powerful at about 42.4 hp. The ROK is next with 40.05 hp. And the Honda...

I find it very interesting that those curves look so much different than the curves I used to get on my dyno. Course I never dynod any of the engines mentioned. The only engines I dynod were Reeds Rotarys an Piston Valves. None of those engines had power curves even remotely close to the ones I see here. Why is that?

It’s a gearbox/shifter engine so it can afford to give up a broader powerband in return for a narrower one with a higher peak.

The KT, with a pipe, has an RPM range of, on my dyno at least, it will go higher, from 10,000 to 14,500. That operating range is not a lot different from the one pictured. The KT reaches peak torque at about 10,300 and peak horsepower at about 11,300. Totally different curve.
I’ve shown my dyno curve print outs to people from Yamaha of America and they agreed, their curves and my curves were pretty close.

I remember back in the seventies, somebody in Europe invented a 2 cycle engine that had 50% higher primary compression than the secondary compression. It used a stepped piston. I’ve heard, haven’t seen, the horsepower curve was very similar to the one you pictured. Continuously rising as RPMs went out. The engine was immediately banned by all governing bodies worldwide. Some 4 cycle curves look like that. Very few of them have that flate a torque curve.

Compared to KZ engines, given the SSE has 20% displacement advantage, its output figures aren’t surprising.