This is a really bad idea 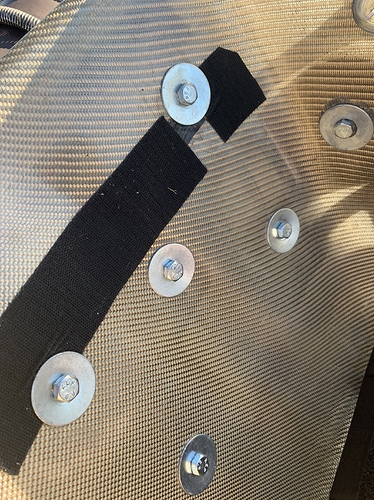 I know flush mount bolts are expensive but this is no way to put 45 lbs of lead on your seat. Admire and cringe.

Oh dear, um I mean if it works it works I guess

At best, that’s a bad suit there there, or throw the rib vest on the outside and wreck that instead.

Hopefully they are M8 bolts, probably not the hardness one would like though. 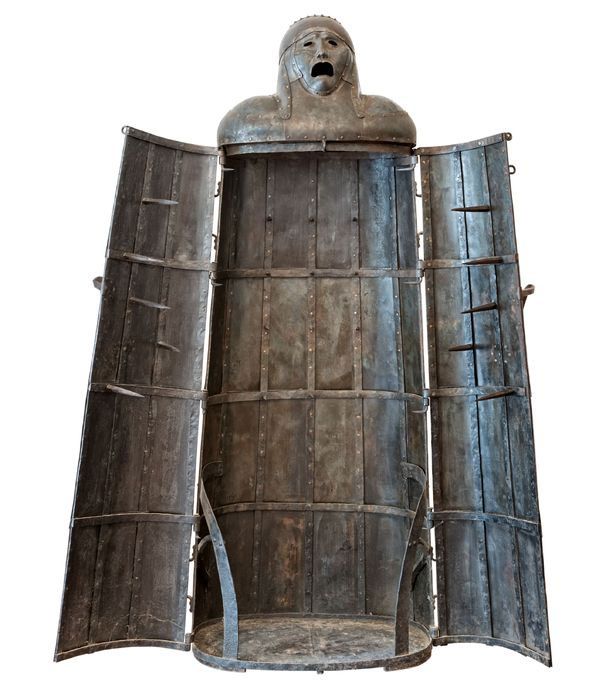 Prioritizing safety for all karters I see

Use the seat the way you have it for a couple of race weekends. Then make up your own mind.

just massaging your muscles on the go! proven to make you last at least twice as long in the kart! Easy buy with only 3 payments of $59.99

So I asked and the young man said he had giant bruises that didn’t hurt. Let’s hope he doesn’t get hit from side. That can’t be good on your ribs.

Ugh, carriage bolts are cheap + washers is my ghetto way to not kill myself if I need to throw on weight for some unexpected reason I don’t have any of my 600 flush mount 8mm countersunk setups.

My biggest takeaway from racing in Europe was the simplicity they use with mounting weights. The weights are all the same size, so you can stack them to get the weight you want. They do not use any fancy hardware, just a flat washer and a countersunk bolt. The height was half as much as what we normally use with the countersunk washers. 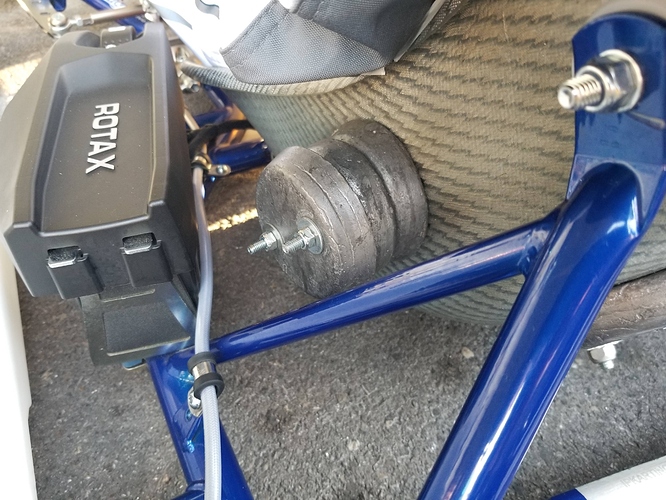 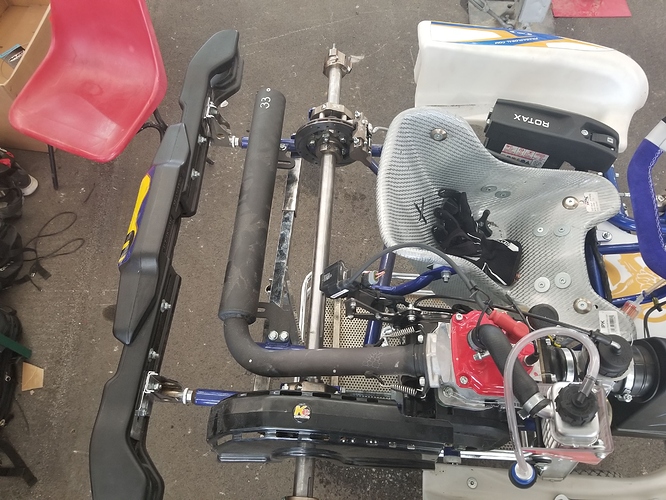 TKart had an article on Callum Bradshaw’s World Championship winning kart where the seat was mounted using some flat washer a countersunk Allen bolts.

I just built a TonyKart chassis for my friend using that setup - it was really cheap and it sticks out half as far as the conventional countersunk bolt and fancy conical-section washer. Jon will tell me whether it works!

With my recent additional weight loss I am looking at 60+ lbs of lead on the new Margay, I bet. I better find a way to be efficient.

That poor kart seat. I’d use two seats, one larger and one smaller, and hammer a sheet of lead into the larger seat so it conforms to the shape of the bigger seat, fit the smaller seat into it, and pour a bunch of polyester resin in to bond it all together.

Can’t you switch to a class with a lighter minimum weight? Senior rather than Masters? Light rather than Heavy?

I think that might not be possible because of numbers, alas. I dont think its a big field for the spec series, so I’ll take what we got. If its a slow masters field or something and there’s a senior field, sure, I could do that. But, what would actually happen is I’d try to run both and then have even greater problems.

That’s a neat idea with the seat and Engineers the Hell out of it, which is admirable.

I think there is an opportunity to combine making weight with heat exchange, both personal and kart. 5 gallons of PC watercooling fluid and tubing to engine and suit ought to do the trick. We already have radiator and pump system to piggyback on.

My serious answer to your suggestion is, I have decided not to think about it until I am looking at it, have it in front of me. The best laid plans and all that.

If you’re going to carry 5 gallons of liquid around, make sure it doesn’t slosh much, and use distilled water so that when it leaks there’s no track cleanup!

In years gone by people would add lead shot to the frame if they needed a lot of added weight. Not legal these days I don’t believe, but wouldn’t be surprised if it still happens on occasion.

Inside the tubes does seem to be the obvious place, but I could see why its also not a great idea.

Why would you put weight on the seat? Placing it as low as possible, such as in the form of skid blocks would be much better to lower the CG.

Not only is it standard practice to mount ballast on the seat, it is sometimes deliberately placed higher on the seat to help facilitate weight transfer.

If you’re tall and heavy, having the weight lower can be an advantage. For most drivers that have to add lead, having it higher will help with chassis flex and weight transfer. I mount all my lead starting up top. When I was even smaller, we also tried filling the steering shaft and steering wheel with lead once, which I was told was what Nyck De Vries did when he was crushing everyone in KF1 as a 70lb kid.

If I mounted my lead low, I would never get the kart to lift and rotate.