It honestly depends on your driving ability how much you’ll benefit from switching to a better engine.

i want to know under the same conditions my 10c blanken will be slower than R1 SRP. Several people tell me that R1 is much more powerful …

Are there no dyno sheets to confirm that? 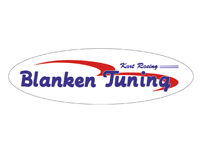 Where are you racing?

i want to know under the same conditions my 10c blanken will be slower than R1 SRP. Several people tell me that R1 is much more powerful …

You need to consider more than just what people say is faster. What really matters is what will be faster for you… That comes down to tuning support, do you have someone on hand to get the absolute maximum out of your engine? Any amount you gain will depend on being able to tune the engine to that level. The track layout can play a part too on which engine has the upper hand.

Another thing to consider is that over the years I’ve seen claims of “new thing being faster than the old thing” and it’s rarely backed up with laptimes season over season (All other things being equal). The differences tend to be very subtle.

I’ve out qualified KZ10’s with a K9A that was supposedly “too old”.

Blanken are certainly a top tuner, no doubt about it… but will they be the best choice for you, you’ll have to decide.

About 3/5 of a mile, close. I’ve raced shorter with a Sprint kart.

I have no personal experience with the TM engines other than racing against them, but i have been told by individuals that do run them that the R1 has a broader power band than the 10C. So if you’re on a tight track the R1 might be advantageous as it has that broad power band to pull out of corners. I’ve heard the 10C is maybe still better on the absolute top end.

“Broader power band” and what it means to me. A little more low end, a little less midrange, more top end. That means to me a little lower gear ratio, giving me Maybe , more power under the curve. Have to see the power curves. Could be better, maybe not. As you say, sometimes it’s track dependent as far as who has the advantage.

This seems to be about right in my opinion short track r1 the pipe an gearing are the keys to the differences. But if you dont have them both tuned the same would be hard to compare.

More I think of it… why replace the 10 to begin with.
Keep the 10 and get an R1. If that’s not in your budget, then time difference might not be worth it anyway.

I understand that it is best to have both but there is no way … so I ask if I should sell 10c and take r1. Has anyone driven a 10c or r1 with SRP tuning ??

He’s talking about this SRP.

So Germany vs Holland.

Given the info provided by Ricky, it sounds like the R1 has a broader power band, which will make it easier to drive (but not necessarily faster). This sort of thing is more around the changes TM have made to the design of the engine, it can be tuned into an engine by a knowledgeable engine tuner when the rules are open enough (as they are in KZ).

However you’re specifically asking about SRP tuning. And I’ll say the same thing I say to anyone who wants to spend big money on a special kart/engine/tuner. If you aren’t with a few tenths of the competition, you are wasting your money. Until you are within at least 5 tenths and ideally 2 or 3 tenths, you should spend your money on getting laps, racing and if you have one available to you, a good driver coach.

The next point i’ll make is more a general point about karting. Companies like SRP are winning European and World championships, do you think they are going to spend as much time on your engine as they do on the engines that might win the World Championship? If, like me, you think the answer is no. Then there’s probably no point spending the extra money on tuning from them. Stick with someone you know and trust.

the engine has participated in adac kart masters

I am very cynical about engine builders in general. Not to say there aren’t a few that are honest hard working folk.
@NikG is absolutely right, and I will add that, there is nothing that engine tuners do that you cannot with a little patience, a few tools and time.
I will also say that I know nothing about SRP, and my comments are more general about the industry as a whole rather then slandering any particular company.

If there is something “Special” about that engine or the tuning done to it, why are they selling it? No major engine shop in their right mind will sell one of their “top” engines, they are reserved for their team drivers and special friends.
At best that engine is a new one that wasn’t up to whatever standard the shop has or at worst, it is one that has been used and abused and refurbished.

If you already have a 10C and it sound like you do, I would be learning as much as possible about the tuning of that engine, maximising everything about it and your driving, then once you are close to the front, go and find that magic engine, but it won’t be a regular priced engine that’s on a website. All the best engines are sold without ever being advertised.